The Los Angeles Kings are on the back end of their 2016 Grammy Trip. Games two through five of the seven-game road trip has taken the Kings through the Eastern Conference’s Metropolitan Division where they have played the top four teams over the course of six nights.

After opening the road trip with a 9-2 throttling of the Boston Bruins, the Kings faced off against the first, second, third and fourth place teams in possibly the toughest division in the NHL.

But moving towards this stretch of hockey many saw it as a measuring stick for the Kings against some of the Eastern Conferences top teams, a chance to see the Kings play opponents they only meet twice a year.

Last night, when the final buzzer rang through the Verizon Center, Los Angeles found themselves on the wrong side of 3-1 games against the Capitals and ultimately limping toward the final two games of the road trip.

After being outscored 13-6, the Kings left their four-game tour of the Metropolitan Division with 1-3-0 record.

Before the Kings move on to the final two games of their trip, games in the Central Division against the St. Louis Blues and Nashville Predators, let’s take a look at the whirlwind of hockey that took place over the last six night for the Kings. 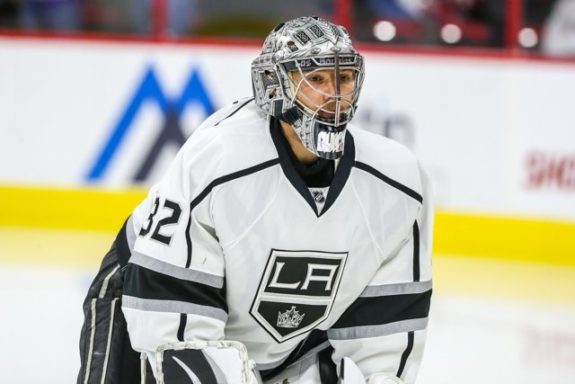 Jonathan Quick went down with an injury. But his performance in his first game back should have fans resting easy. Photo Credit: Andy Martin Jr

The Kings were up 9-2 late in the third period. Nine different Kings had found the back of the net. Milan Lucic’s return to Boston was going to end with a convincing win for the Kings. Everything was great.

Then in the final seconds of the third period, Boston forward Jimmy Hayes collided with Quick. Quick took a few seconds to get up but toughed out the closing moment of the game.

Although Quick toughed out the remainder of the Kings’ game against Boston, he was out of the lineup for the Kings’ next three games.

With Quick sidelined, the Kings turned to backup Jhonas Enroth and American Hockey League call-up, Peter Budaj, as they moved into New York for games against the Rangers and Islanders and then into New Jersey for their game against the Devils.

After a three-game absence, Quick was back in the crease for the Kings’ match-up against the Capitals. However, as mentioned above, the Kings dropped Quick’s return in the form of 3-1 loss. But the what needs to be taken away from this game is Quick looked healthy.

There were no signs of any lingering leg problems as Quick turned away 29 of 31 shots during the game. If the Kings want to have a real shot at the Cup it is no secret that Quick will need to be as healthy as possible. Quick’s performance against an offensive juggernaut like the Capitals should have Kings fans exhaling. 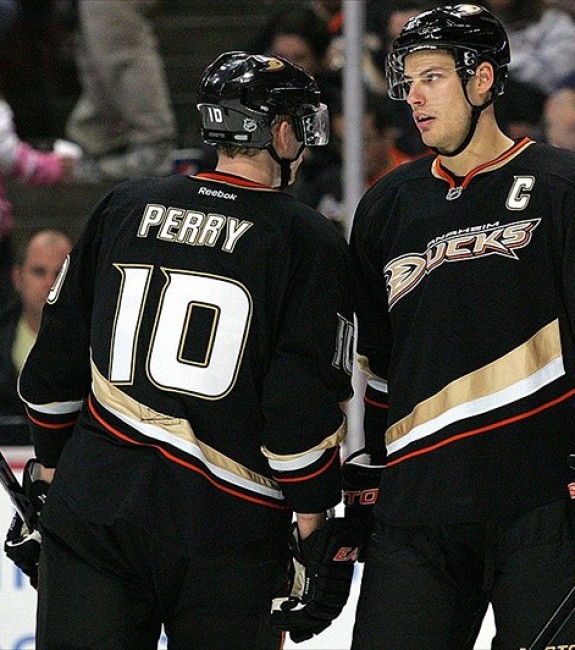 2. Ducks and Sharks Nipping at the Kings’ Heels

Remember when the Kings had that 12-point lead over the San Jose Sharks in second place in the Pacific Division. At that same time, the Kings had an even bigger 16-point over the Anaheim Ducks. That was mid-January.

It’s now mid-February, and Los Angeles has a three-point lead over the Ducks in second place and four points over the Sharks in the Division. Oh, and the Sharks have a game in hand on the Kings. The Pacific Division has tightened up and tightened up fast.

The Kings are hearing footsteps, or in this case, splashing, because the Ducks and Sharks’s are closing in on them atop the Pacific Division.

3. When Will Marian Gaborik Return?

As good news about Quick’s return came down the wire, bad news regarding Gaborik flipped the mood.

Gaborik was injured after he collided with Rangers forward Dominic Moore in a knee-to-knee collision in the first period of the Kings’ 5-4 overtime win. Gaborik was later placed on injured reserve and sent home to Los Angeles for further testing.

That’s the difference between the two injuries. Quick stayed with the team which showed the possibility of a quick return, no pun intended. A return to Los Angeles shows the seriousness, Gaborik couldn’t put any weight on his knee after the collision, of Gaborik’s injury.

Darryl Sutter told the Los Angeles Times, the Kings “hope to get him back for the playoffs.” The Kings’ depth looks like it will be tested as they make a push for the playoffs without Gaborik’s veteran presence on the ice and in the locker room. 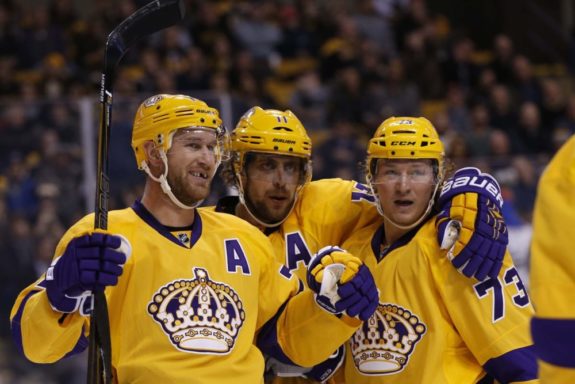 The Kings have games against the Blues and Predators remaining in their seven-game road trip.(Greg M. Cooper-USA TODAY Sports)

4. Time to Salvage the Trip

As the Kings work their way back towards Los Angeles they will stop in St. Louis and Nashville for games against the Blue and Predators. Overall the Kings have a 2-3-0 record over the first five games of the trip.

The Metropolitan portion of the Grammy Trip may have been a punch in the gut for the Kings but with two stops against Western Conference rivals on the Kings’ slate, they have a chance to salvage the trip and return to Los Angeles with 4-3-0 record.