What the Erie Otters have done the last three seasons is remarkable. It became historic on Saturday night.

The Otters scored four times in the third period to complete a 5-3 comeback win over the Guelph Storm. That win was the 50th of the season for Erie. This is the first time in OHL history that any team has won 50 in three consecutive seasons. Head coach Kris Knoblauch has been there for all of them. He is the first coach to complete this incredible feat.

The #Otters are the first team in @OHLHockey history with 3 consecutive 50 win seasons. #Otters20 #BeTheTradition pic.twitter.com/D1WQywxEfR

Knoblauch started his Otters career in November 2012 taking over for former NHL coach Robbie Ftorek. The Otters finished the 2012-13 season with a record of 19-40-4-5. That’s actually nine more wins than their previous season, where they went 10-52-3-3. To say things were bad in Erie at that time was an understatement. But there was hope. The 2012-13 season was Connor McDavid’s rookie season with the Otters. The future was bright. But I don’t think many expected an instant turnaround the following season.

In 2013-14, the Otters went from worst to first, finishing with a record of 52-14-2-0, while making it to the OHL’s Western Conference Final. That team was led by Maple Leafs prospect Connor Brown and Canucks prospect Dane Fox. Fox finished that season with a club record 64 goals. Both McDavid and Dylan Strome were in their age 17 season. The Guelph Storm eliminated the Otters in five games that season. 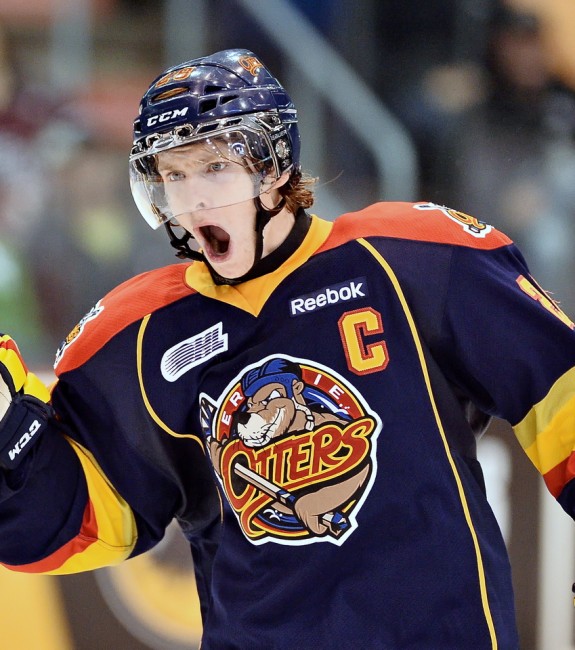 In 2014-15, the Otters continued to steamroll through the OHL, compiling a record of 50-14-2-2, on route to the OHL Finals. Strome won the scoring title. McDavid finished with 120 points despite missing 20 games with a broken hand. The Otters defeated the Sault St. Marie Greyhounds in the Western Conference Finals, before losing to the Oshawa Generals in five games in the OHL Finals.

Not as much was expected this season for the Otters now that McDavid was a full-time Edmonton Oiler. This season would show what kind of coach Knoblauch was. With three games remaining in the regular season, the Otters could set a franchise record in wins. If they win out, they’ll have 53 wins, topping their record from just two seasons ago. The Otters are now 50-14-1-0.

In Knoblauch’s three full seasons, the Otters have an astounding record of 152-42-5-2, a points percentage of .774. In a time when many players come and go in the league, this accomplishment is one of the greatest feats ever. What makes it more remarkable is how Knoblauch has done it.

In his first two full seasons, the Otters were offensive juggernauts. That’s how they won games. Teams couldn’t keep up with them on the scoreboard. This season is different. Although they can score with the best of them, their defense is among the best in the league. Goalie Devin Williams is enjoying a career season. The team limits opponent’s shot totals. The Otters don’t have the firepower of past teams, but they don’t need that now. They’re a complete hockey team. It’s no wonder they spent most of the season first in the CHL rankings. 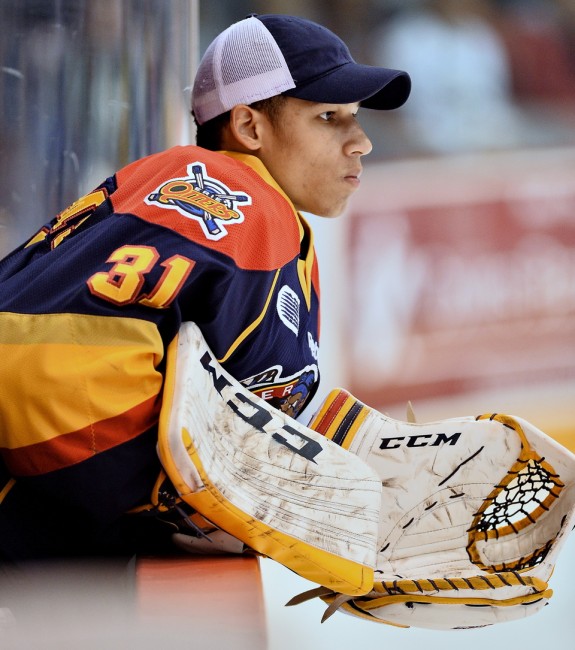 Given the amount of youth that joined the Otters, this season is Knoblauch’s best and most impressive. Incredibly, he hasn’t won coach of the year yet. D.J. Smith won in 2013-14, while Sheldon Keefe won in 2014-15. Both are now coaches within the Maple Leafs organization. Unless something unforeseen happens, coach of the year should belong to Knoblauch.

Given his last three years, he will have lots of teams interested in his services. Not only would they get a great coach, they’d get someone who genuinely cares about his players. His humility stands out as one of his greatest attributes. He’s laid back, but knows when to say something. His players love him. Many, including McDavid and Strome, have said Knoblauch is the best coach they’ve ever had.

When he’s done, Knoblauch will go down as the best coach in the history of the Erie Otters. His impact and legacy will never be forgotten. He has helped make Erie a fun place for hockey again.