The Leafs have jumped the gun on the trade deadline – which is smart since it makes them worse earlier and allows them to focus on bigger deals leading up to Monday – and traded Daniel Winnik to the Penguins in exchange for a 2016 second-round pick, a 2015 fourth-round  pick, and Zach Sill. The Leafs also retain half of Winnik’s salary against their salary-cap.

This trade is a fantastic move by Toronto as it’s a trade they can’t lose on, and one which they very likely could be celebrating several years from now.

In order to understand why it’s an excellent move by Toronto, you must understand a few things:

1.  The Leafs are trying to build their team for the future and one of the best ways to do this is to draft high in the upcoming NHL Entry Draft.  In order to ensure this, it is helpful to trade away one of your best players. Now, the fact that Daniel Winnik is one of their best players is probably why we’re even having this discussion, but whatever. 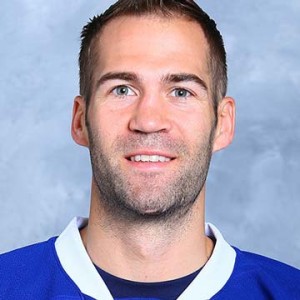 3. Winnik was so sought after because he’s a good player who is a UFA after this season – with the Leafs retaining half of his salary, Pittsburgh gets an above average player for  close to the price of the league minimum, and thus was probably then willing to pay more than they otherwise would have.

4. If the Leafs kept Winnik, they would lose him at the end of the season for nothing.  Trading him now has no bearing on whether or not they want to re-sign him in the summer, although I suspect that at a higher salary Winnik turns into Komarov – a nice player who’s probably overpaid.

5. Zach Sill is a throw-in who makes 500K and when his salary is added to the money the Leafs retained on Winnik, it means the Penguins get Winnik for only 100K more than they were paying Sill (assuming my math is right) which  would explain their willingness to deal two additional picks.  Sill isn’t a very good player and his contract expires after this season, so he is basically just a warm body that allows the Leafs and Penguins to circumvent the salary cap in a roundabout way.  I would say it’s highly unlikely the Leafs re-sign Sill after this season, though you never know.

6.  When the Leafs signed Winnik this past summer, it didn’t cost them anything. So what we have here today is a “found money” situation.

The Leafs have refused to deal expiring contracts during the last several years – losing Kulemin, MacArthur and others for nothing.  This is one of the main reasons the current team is so bad: years of poor asset management can’t help but have a cumulative and detrimental effect on any organization, let alone a hockey team.

By showing that the new regime understands the importance of asset management, this trade, along with the earlier Nashville trade, is an excellent sign that the team is in competent hands going forward.

A second-round pick next year and a fourth-round pick this season may not sound like a lot, but there are theories about drafting that suggest the best way to ensure success is not just in scouting (which, even at the best of times is a crap-shoot) but rather quantity of draft picks and simply playing the percentages.  As the article here shows, the odds of a second round pick and a fourth round pick turning into an NHL player are roughly 60%.  Considering that a first round pick offers you 80% odds of getting an NHL player, what the Leafs got for a player they acquired for nothing is a package of picks that works out to about 75% of a first round pick.

That my friends, is a home run.