Minnesota took on rival Wisconsin in the semifinals in one of the most highly-anticipated games of the year, and the game proved to be as entertaining as advertised. The Gophers beat the Badgers 5-3 in an exciting game that included four lead changes, and saw neither team take more than a one-goal lead until Minnesota went up by two with 2:28 left. The Gophers found themselves down 1-0 heading into the second period, and again down 3-2 heading into the third, but they took control in the final period to regain the lead and close out the game. 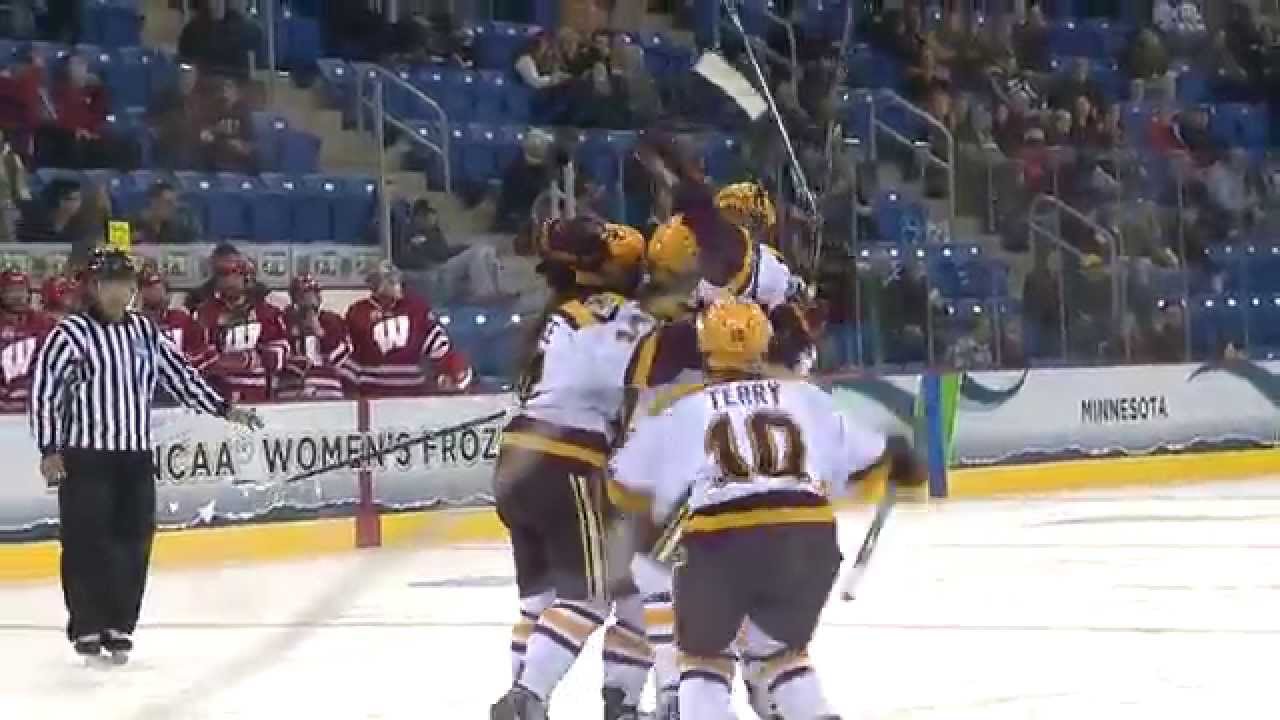 Clarkson also erased a deficit to defeat Mercyhurst, winning 5-1. The Golden Knights earned a few good chances very early on but were a little flat in the first, missing on a few point-blank looks and finding themselves down 1-0 heading into the intermission. They settled down after that, and a three-goal second period powered them to a victory and to Sunday’s national championship game. Clarkson did a better job of getting pucks to the net after the first period,  which proved to be the difference in the game.

Matchups to Watch For

Minnesota’s Second Period vs. Clarkson’s Second Period: Of the 191 goals Minnesota has scored this year, 84 have come in the second period. The Gophers have owned their opponents in the middle frame, and scored two goals in the first 2:12 of the second against Wisconsin to take a 2-1 lead and completely turn the game around.

What makes the Gophers such a good team is their ability to respond to adversity, turn things around, and execute. Friday night’s game was one of maybe a handful of times this year that a team has found an answer for Minnesota after they took control at any point in the game. Despite giving up those two quick goals, the Badgers scored two goals of their own to retake the lead. Clarkson needs to find the same kind of response to the Gophers’ momentum to give themselves a chance heading into the third period.

The first period will also be a telling point in the game. Despite their overall dominance, Minnesota doesn’t typically get off to the fastest starts. Wisconsin outshot them 16-7 in the opening period on Friday and capitalized to go up 1-0; despite the eventual loss, that really put the Badgers in a good position. The start of the game will likely be the best time for Clarkson to take advantage and cash in on its opportunities. 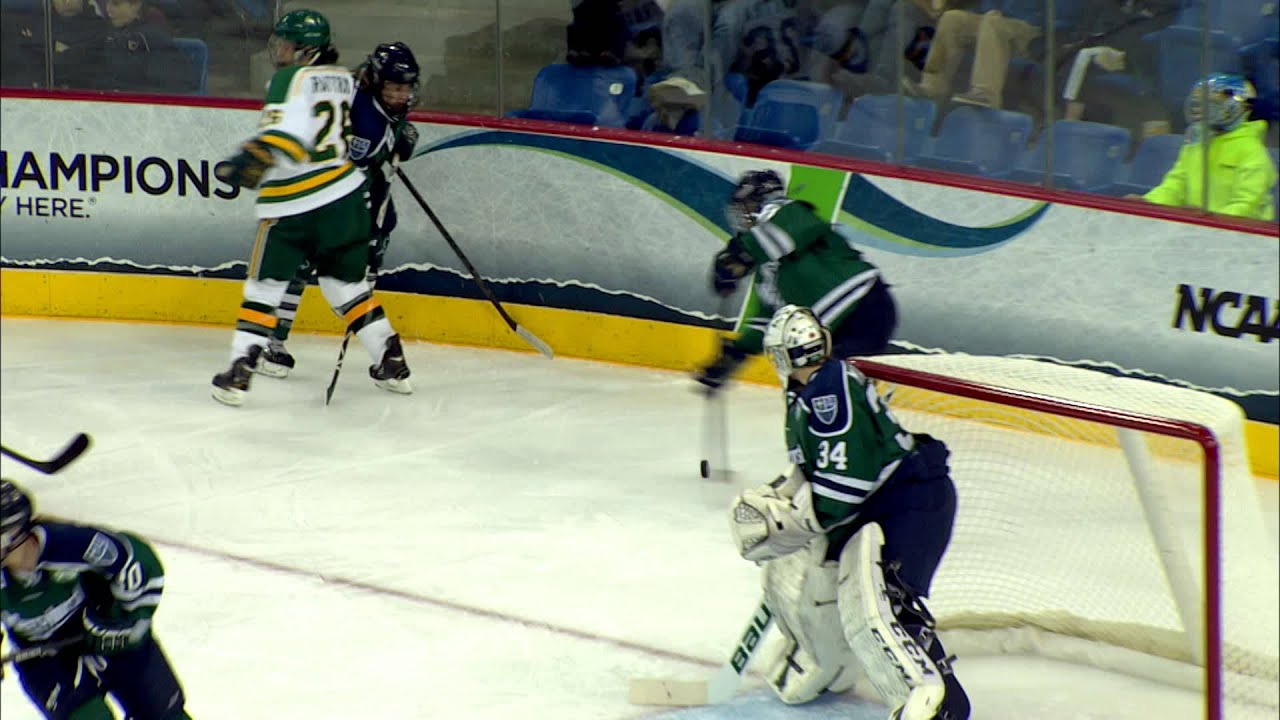 Defense: Minnesota’s defensive corps is the most prolific in the country when it comes to production. Led by Rachel Ramsey and Milica McMillen, they’re dynamic and drive possession; they’re more than comfortable rushing the puck; they make plays in all three zones to get the offense going. They’ll be counted on to help push the pace, and force the Golden Knights to play at a much faster speed than they’d like.

Clarkson will most likely be without star defenseman Erin Ambrose, but they’ve been missing her since the first game of the postseason and still made it to this point. Still, the Golden Knights’ blue line is a lot less flashy without her. They’re not nearly as dynamic offensively as Minnesota’s, but they’re a steady group, especially in their own end. They’ll need to be at their very best defensively on Sunday to slow down the Gophers.

The Third Lines: It’s hard to count Kelly Terry, Dani Cameranesi, and Bethany Brausen as a third line considering how productive they’ve been, but that’s where they slot in for the Gophers. They’re very fast and are very good at getting in behind the defense, and they got things going against Wisconsin, scoring Minnesota’s first goal. They add a lot to the Gophers’ offense, and very often provide a spark when needed.

Clarkson’s line of Shannon MacAulay, Christine Lambert, and Shelby Nisbet also played a very important role in coming back in their win against Mercyhurst. They really helped set a physical tone in that game, pressuring the Lakers’ defensemen in the corners, forcing turnovers, and getting the puck to the front of the net. They can’t match Minnesota’s speed, but if they’re on their game, they could really help establish the same kind of presence on Sunday and help swing momentum in the Golden Knights’ favor.

Goaltending: Clarkson has an outstanding goaltender in Erica Howe, and she made several key stops to prevent Mercyhurst from jumping out to an even bigger lead in the first period on Friday night. Amanda Leveille has put up great numbers for Minnesota all year, and though she wasn’t bad by any means against Wisconsin, she also didn’t look her sharpest. Howe has the ability to keep the Golden Knights in it no matter how dominant the Gophers are, and could completely change the game if she stands on her head.