Minnesota swept Princeton in a non-conference series with a 6-0 win on Saturday and a 9-1 win on Sunday. The Gophers’ offense is in full swing; their 16 goals on the weekend is a season-high. They’re starting to separate themselves from everyone else once again this year with their offensive depth. Minnesota has a lot of speed up front, which leads to a relentless attack that rarely lets up. Though teams have had good stretches against them, the Gophers have yet to be outplayed for an entire game, which speaks to their ability to respond even when they don’t have the momentum.

The Badgers were able to come back to tie Minnesota-Duluth 2-2 on Friday, though they could not get the extra point in the shootout; they then beat the Bulldogs 1-0 on Saturday. It was a very tightly-contested series, and Wisconsin showed a lot of composure in being able to remain unbeaten for 12 straight games now. Even with a pretty solid top-six, the Badgers are still having some issues scoring goals against tougher competition. Their defense, however, has been more than up to task. They limited UMD to just two goals in the two games even though the Bulldogs have plenty of talent. Some cause for concern: goaltender Alex Rigsby apparently suffered an undisclosed injury in that second game. It could really hurt the Badgers if she misses significant time.

Cornell suffered their first loss of the season to Boston College in a 4-1 defeat on Saturday, but not before beating the Eagles themselves 2-0 on Friday. The Big Red were, for the most part, able to contain BC’s offense in that first game, though they gave up more and more chances as they game went on. The series featured two back-and-forth hockey games, which is just the kind Cornell has been playing all year. They got the split against a good team, but the loss highlighted where the Big Red can get themselves in trouble. They have a tendency to leave things wide-open defensively; they’ve been able to make up for it against other teams, but the Eagles have a lot of talent up front and were able to cash in and expose Cornell a bit. 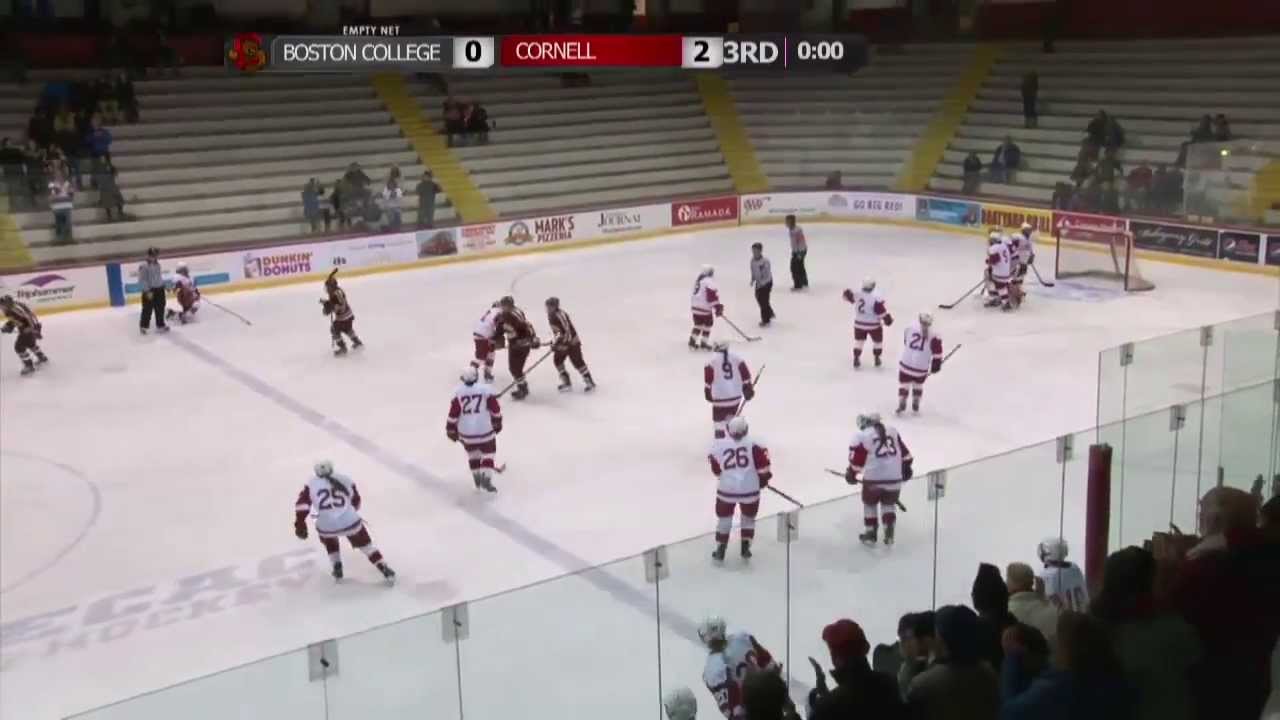 The Eagles did a much better job cleaning up offensively after falling to Cornell in the first game. They finished their chances en route to their 4-1 win, and in all situations; Meagan Mangene netted a power play goal and Emily Field scored on the penalty kill. Boston College still wasn’t great defensively, though, as they gave up 40 shots in that 4-1 victory. Their inconsistencies continued while shorthanded, too; Cornell scored two power play goals on six chances on Friday. The Big Red have a potent offense, however, and BC was expected to have some trouble dealing with that. The split is well-earned, but the Eagles are still looking for a dominating defensive performance against a strong team this year.

Quinnipiac rolled to an 8-0 win over Rochester Institute of Technology before beating Yale 3-2 for the Nutmeg Classic title. Lindsey West ended up breaking the 2-2 tie in the third period, and it was exactly the kind of game-winner the Bobcats needed: an important goal from a lower line player. Kelly Babstock and Shiann Darkangelo did a great job of carrying the offense with a combined 12 points on the weekend, but Quinnipiac desperately needs to find some offensive depth. Morgan Fritz-Ward and Emma Woods were involved again in the tournament, which is a good sign, but it’s even better that players like West, Olivia Brackett, and Nicole Brown could find ways to factor in on the scoresheet.

The Crimson skated to a decisive 5-0 victory over Dartmouth on Sunday despite being outshot 25-19. It’s been difficult to get a good read on Harvard so far. They don’t have much offensive prowess and yet a bunch of players are contributing with goals and points. They haven’t been particularly strong defensively and yet the only time they’ve given up more than two goals was when they gave up three to Cornell. I think eventually a lack of depth and true scoring ability is going to catch up to them. The Crimson have shown a tendency to tail off after 40 minutes, and they’re being outshot 92-67 and outscored 7-6 in the third period so far this year. 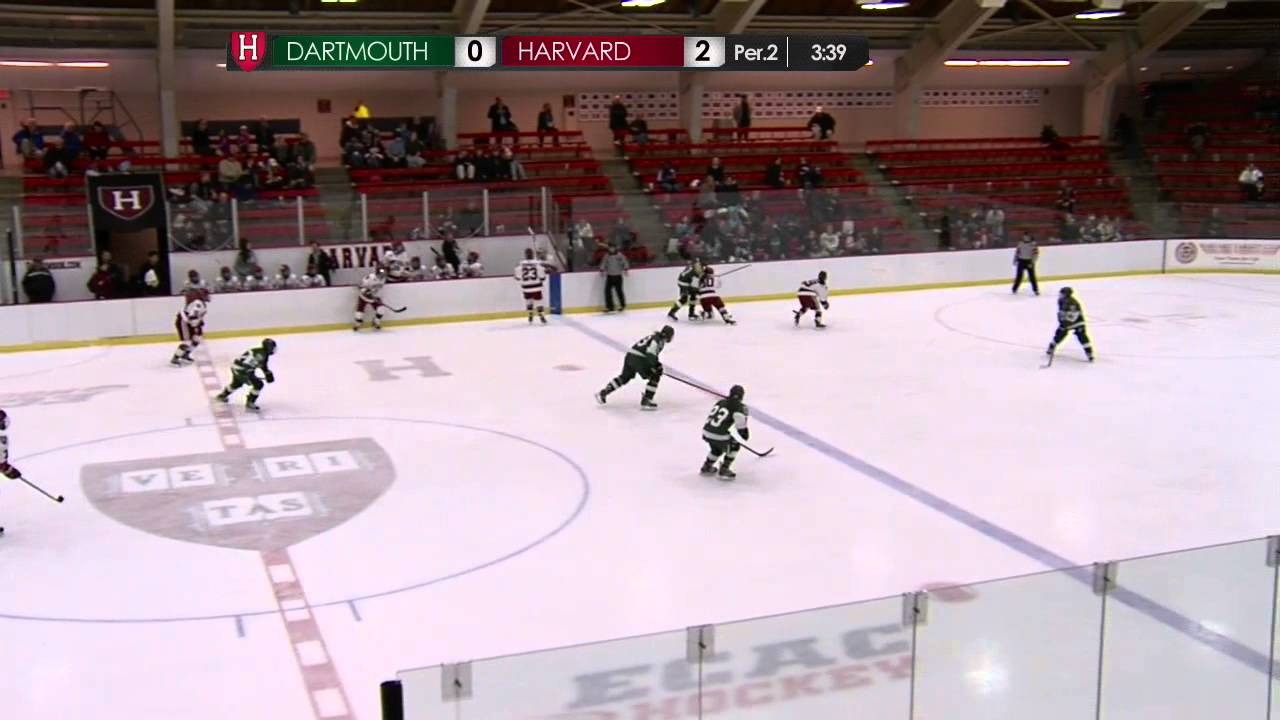 The Terriers knocked off Northeastern 5-2 on Tuesday night to remain in first place in Hockey East with an 8-0-0 conference record. They seem to have found their scoring touch once again, with Louise Warren scoring two goals and Sarah Lefort recording a hat trick. They withstood a good number of chances from the Huskies in order to come away with the win. Right now, Boston University has an edge over other Hockey East teams because although they’re giving up such chances, goaltender Kerrin Sperry hasn’t let many get by her. There aren’t any outstanding defensive teams in the conference, so the fact that the Terriers are getting good goaltending has certainly helped them along.

Robert Morris earned a 4-2 victory over Maine to remain very much in the national picture. They’ve proven over and over to be a competitive club in both College Hockey America and non-conference play. Brittany Howard has really helped to add another dimension to their offense this year. With her in the line-up, opposing defenses are forced to focus their efforts on the top-six as a whole instead of just one or two star players, and this has helped all four of the Colonials’ lines outplay their opponents. The win against the Black Bears was a perfect example of that; Robert Morris outshot them 48-12 and their top forwards all proved to be too much for Maine to handle.

1. Brittany Howard, Freshman, Forward, Robert Morris: The rookie scored all four of the Colonials’ goals against Maine to help lead them to another victory this year.

2. Kelly Babstock, Senior, Forward, Quinnipiac: With a goal and seven points in two games at the Nutmeg Classic, she continued to make a huge impact for the Bobcats this weekend as they captured the tournament title.

3. Sarah Lefort, Sophomore, Forward, Boston University: She tallied a hat trick and added an assist in the Terriers’ win over crosstown rival Northeastern.

Sarah Lefort would have had four goals for BU if not for this save by Northeastern’s Chloe Desjardins on a penalty shot attempt.