Johnny Gaudreau found himself on the business end of a Leo Komarov hit in Monday’s 4-0 Leafs win. Gaudreau was left holding his head on the ice and briefly left the game. He returned to the ice just a few minutes after heading to the locker room. 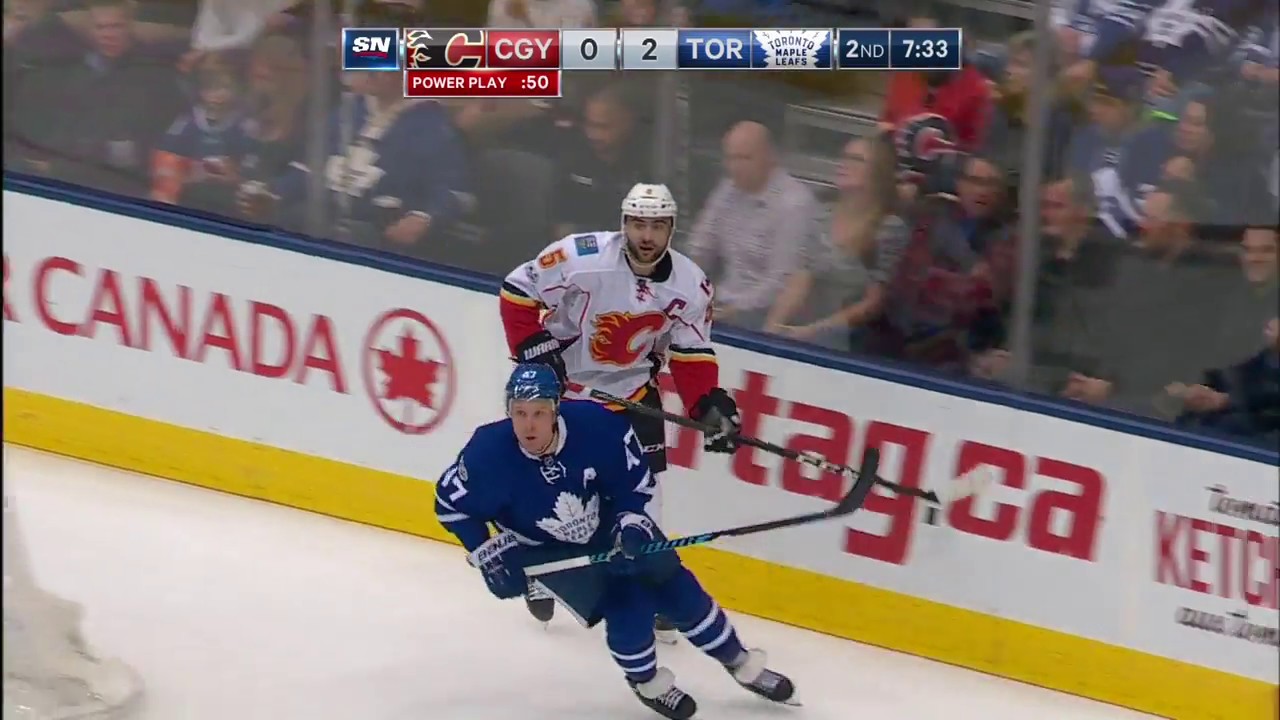 Following the hit, Flames captain Mark Giordano stepped up to Komarov, asking him to answer the bell for hitting their best scorer. However, the fight was brief and for some reason, both only received roughing minors. Minors are a curious result since both players dropped their gloves and punches were thrown. Komarov didn’t get anything extra for the hit on Gaudreau.

“I feel fine,” Gaudreau said after the game. “It’s part of hockey. You’re going to get hit sometimes.”

Coach Glen Gulutzan felt differently. “I thought it was contact to the head,” he said. “I thought for sure we were going on the power play.”

Sportsnet’s Chris Johnston reports that there will be no supplemental discipline from the league for the hit. Though the league reviewed the play, the result isn’t surprising. There is some head contact there, but it’s mostly incidental. Komarov didn’t go high and didn’t leave his feet.

This was notable for the Sharks because of a now infamous line from Joe Thornton about what he’d do if he scored four goals.

The Sharks didn’t help quell that storm when they referenced it in a tweet.

It really became a thing on Twitter. Even Christina Marleau, Brent Burns and Logan Couture got in on it.

When he called home, i answered with "congrats on your dick trick!" Appropriate? Probably not. 🐓🐓🐓🐓 https://t.co/eWQ93QlnMs

The most interesting tidbits are the championship predictions. The Washington Capitals grabbed 15 Eastern Conference Championship votes, while the Penguins grabbed eight. Those were the only two teams to get votes.

In the Western Conference, the Minnesota Wild took top honors, grabbing 11 votes. Behind them were Chicago (4), San Jose (4), Anaheim (3), and Nashville (1). The Stanley Cup Champion predictions are topped by Washington (10), followed by Pittsburgh (8), Minnesota (3) and Chicago (2).

The NHL had previously announced that they’re adding a new event to the All-Star Games skills day. It’s called the Four Line Challenge and the NHL outlined exactly how it works in a tweet Monday night.

The challenge is simple and it looks like a fun event. But the scoring is a little complicated with an elaborate points system and then the wrinkle that a team captain can substitute a goaltender for the full-ice shot to earn double points.

The best part, after this complicated point system is introduced with goaltenders capable of scoring 40 points during the final two shots of the challenge, a team earns one point for winning the game. At the end of the day, it’s just a single point on the line because even All-Star Game skills challenges need to have parity.

Utica Comets goaltender Thatcher Demko is going to be in a unique set of pads Saturday. It’s a part of “Save of the Day Night,” which will benefit the Thea Bowman House. The foundation benefits low-income and at-risk youth and families in the area. 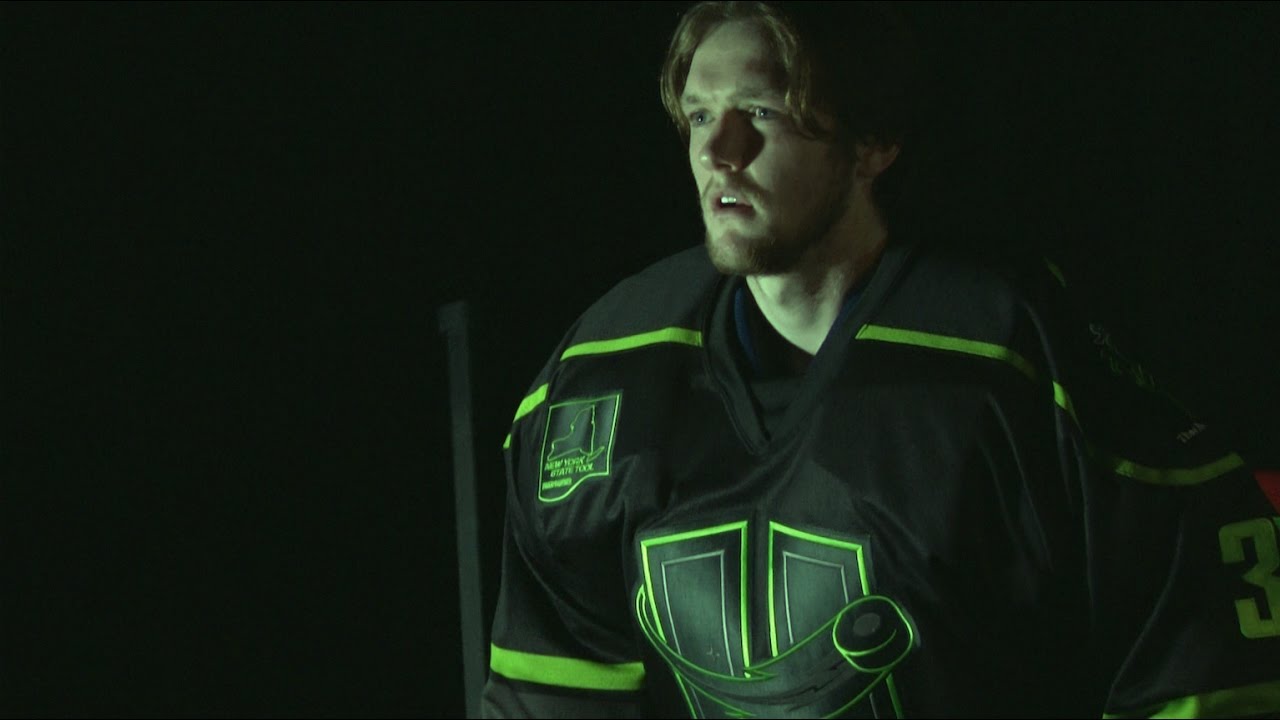 The team will be wearing specially designed jerseys for the night and Demko will be sporting glow in the dark pads. Glow in the dark isn’t brand new for goaltenders. Ben Bishop did have glow in the dark elements on a mask once. But going full Tron on the jersey and equipment is new. Let’s hope he rides this to the game.

– The Minnesota Wild have recalled forward Christoph Bertschy from AHL Iowa. His call-up came not too long after the team reassigned forward Kurtis Gabriel to Iowa.

– The Devils have activated Yohann Auvitu off injured reserve. He’s missed the last seven games dealing with a lower-body injury. Auvitu has been reassigned to the AHL.