The last time the Rimouski Oceanic held the first overall selection in the Quebec Major Junior Hockey League Entry Draft, they used the choice to nab a young phenom by the name of Sidney Crosby.

As we all know very well, Crosby has since become a superstar in the NHL and arguably one of the greatest players of all-time. Combining excellent skating and unfathomable skill, Crosby’s complete game has long drawn the ire of his opponents and the admiration of his fans.

For Crosby, it all began in Rimouski. 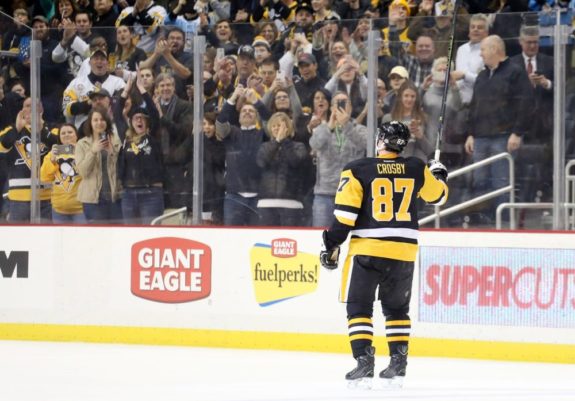 Sidney Crosby grew his game with the Rimouski Oceanic before embarking on a legendary NHL career. (Charles LeClaire-USA TODAY Sports)

So, when the Oceanic landed the first overall selection in the 2017 QMJHL Entry Draft, it is safe to say there was a fair deal of both pressure and expectation surrounding the pick. Despite the immense importance of the selection, Rimouski made a rather definitive and simple decision, nabbing yet another prospect of incredible talent and superstar potential.

The NHL’s Next Superstar

If Lafrenière’s name is new to you, then odds are this will not be the last time you read of his on-ice exploits.

An indisputable star with the St. Eustache Vikings of the Quebec Midget AAA League, Lafrenière blasted 33 goals and tallied 83 points in just 36 games prior to his selection by the Oceanic. Not surprisingly, he was also named as the QMAAA’s player of the year in 2016-17 in advance of his ascension to the QMJHL.

So, what exactly makes Lafrenière a potentially generational talent?

Well, like Crosby before him, Lafrenière is a strong and balanced skater who uses his edges well and is extremely difficult to knock off of the puck. As a powerful skater, Lafrenière’s explosive strides also allow him to leave his opponents in the dust, while his quick feet and calculative steps allow him to cut through opposing defences like a hot knife through butter.

Further, Lafrenière commands the puck well and is incredibly strong on his stick, a trait which allows him to successfully protect the disk in traffic and retain possession in the face of overwhelming pressure. Owing to these abilities is Lafrenière’s high energy level and his innate ability to develop and react to plays before they transpire. 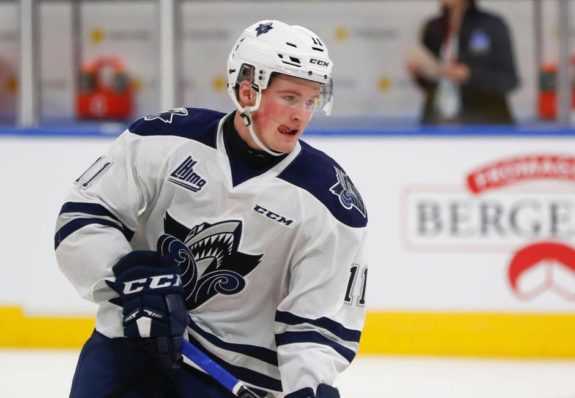 Consistently composed, confident, and creative with the puck despite his young age, Lafrenière’s excellent vision allows him to instinctively pass the puck to teammates with ease, while his quality shot is defined by its quick release and ample velocity. Although his defensive game remains a work in progress, Lafrenière’s play as a centre this season has been strong and will only continue to improve as the youngster strengthens his sturdy 6-foot frame.

Boasting an incredibly broad skill set, it appears as though the sky truly is the limit for Lafrenière, whose game has continued to improve by leaps and bounds on an annual basis.

And, although it may come as a surprise to hear Lafrenière’s name mentioned alongside the likes of Crosby and Connor McDavid, the youngster’s play to date has more than justified his place amongst the elite within the game today.

#HighlightOfTheNight | Alexis Lafrenière had a four-point outing for the @oceanicrimouski, but his first goal of the game was one to remember! pic.twitter.com/Mj8rL3GJ6W

In fact, through his first 42 QMJHL games played in 2017-18, Lafrenière had netted a jaw-dropping 29 goals and an even more impressive 56 points. This outstanding level of offensive production placed Lafrenière on pace for a whopping 47 goals and 90 points, an output rarely seen by such a young player in the game today. Further, when you consider the fact that McDavid scored 66 points in his rookie season with the Erie Otters of the Ontario Hockey League, Lafrenière’s electrifying production with the Oceanic becomes much more magnificent.

An uncontainable talent of immense poise and potential, Lafrenière appears to be a lock for the first overall selection in the 2020 NHL Draft, and especially so if he continues to dominate the QMJHL with such startling ferocity. Born on Oct. 11, 2001, Lafrenière’s late birthdate also means he is one month too young for the 2019 NHL Draft – a reality which will allow him to play an additional season in Rimouski before becoming draft-elgibile. 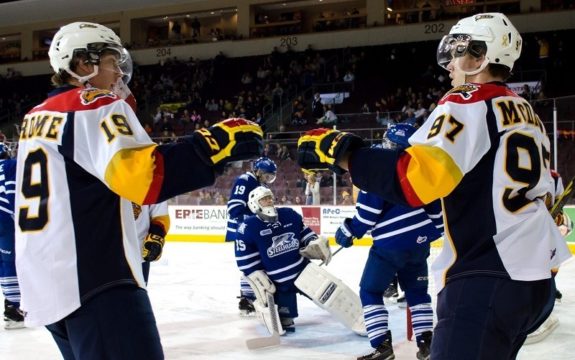 Sure to obliterate the QMJHL throughout the next three seasons, Lafrenière’s progression as a prospect will be fascinating to watch, as he could very well become the NHL’s next legitimate superstar. Although his game does remain a work in progress given his age, the play which Lafrenière has exhibited thus far is simply too potent and rare to ignore.

If you love the annual Draft, be sure to mark the 2020 event on your calendar, as it is sure to welcome an unmistakable talent to NHL-level.