Undersized forward Oskar Steen has made his debut this season with Swedish club Farjestads BK, his one and only organization he ever played with. He has added six assists in 17 regular season games and played five games in the playoffs. Farjestads has signed him to a contract extension in February and it will be interesting to see how he will do in his first full season in the highest Swedish league next year.

Steen is a working horse who never takes a shift off. His biggest asset is his determination and work ethic, the willingness to do whatever it takes to win the hockey game. He is fearlessly sacrificing his body and laying into shots to block them. He is excellent on penalty kills with positioning himself perfectly in shot lanes. He attacks the opponent puck carriers aggressively when playing shorthanded and is a dangerous weapon when he can steal the puck and start a quick counter attack using his acceleration.

Steen uses his quick skating acceleration to beat opponents and possesses a good top speed while still maintaining the puck. He possesses a decent shot and can rip the puck with a quick shot release. Offensively, he utilizes a strong play around the net and feels comfortable to battle in front of the net for position. He is good in picking up rebounds as he is not afraid to get his nose dirty in traffic areas.

Although Steen is undersized, he is not afraid to battle bigger opponents and goes into board battles if needed. He shows a decent two-way game and does a lot of the little things. He does take his defensive zone responsibilities serious and is a constantly strong contributor in both zones. His compete level is exceptionally and he leads by example in many games.

Steen will likely be selected somewhere in the mid-rounds section. He has the potential to slip into the third line but his small size could be a point where scouts see the biggest issue. He has played a strong five nations tournament in Switzerland and I would be surprised if he is selected after the fifth round.

Look for Oskar Steen, a shifty winger with a quick release and some untapped offensive upside.

Steady climber who exploded at the most recent U18 Five Nations in Switzerland. The book is still out on him, but the more he out-produces his peers in best-on-best competitions, the more visible he’ll appear on the draft radar. Steen isn’t a gazelle, but he’s hard to handle during zone entries and cycles. He can also bring a quick and accurate shot.

Steen has the potential to become a hard-working third-liner who brings a high compete-level to the table. He has some untapped offensive upside and would fit perfectly into the role of a third liner and can become an important penalty killer. 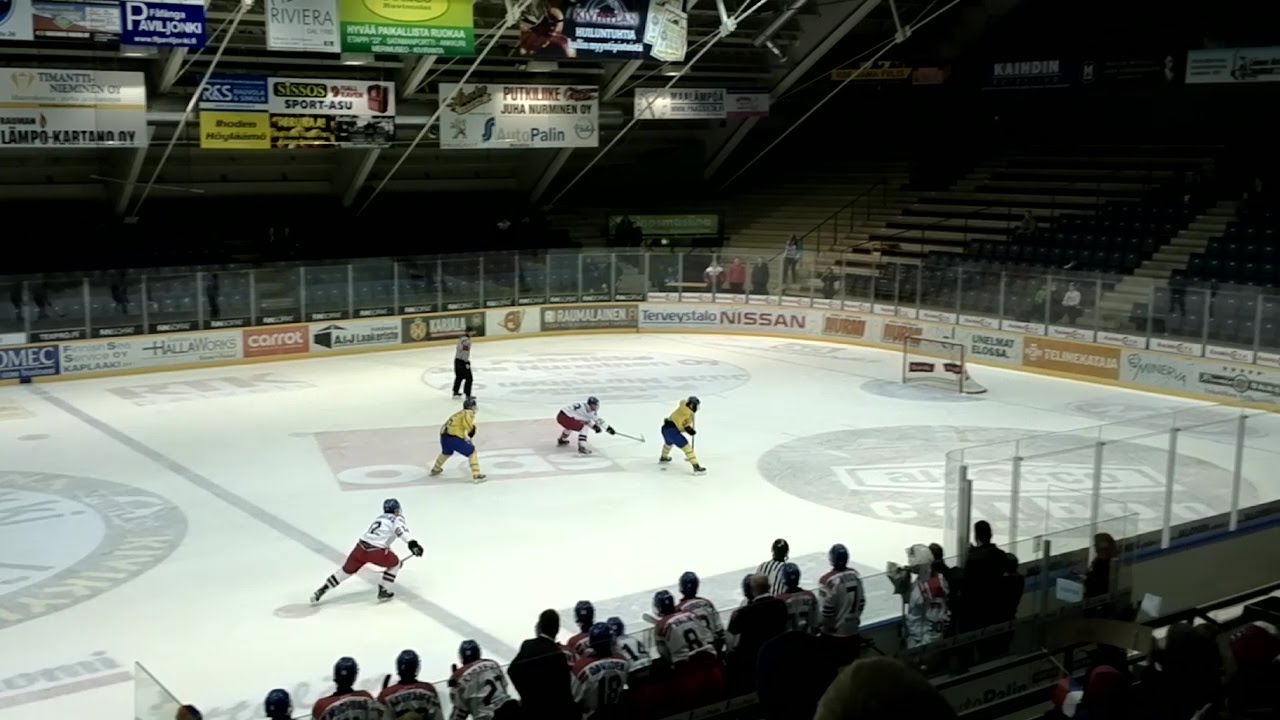 Oskar is not related to fellow Swede Alexander Steen of the St. Louis Blues. He was born and raised in Karlstad, the town where his youth and current team Farjestads BK plays their home games.