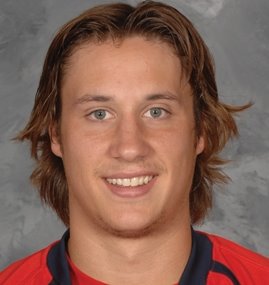 It would only be fitting that a guy named “Beagle” would get called up one day after the Westminster Dog Show and make his NHL debut at the same venue, Madison Square Garden.

By playing on Thursday, Jay Beagle became the 7th Washington Capital (and third from Calgary) to make his NHL debut.  Beagle skated 7:41 and even recorded three shots, the most among debuts by Caps’ rookies this season.  Jay has spent the season in Hershey and avoided the mass call-up by the in November by the Capitals with a concussion.

As a rookie in the AHL last season, Beagle put up 37 points (19 goals) in 64 games.  In 25 games this season with the Hershey Bears, Beagle has managed to put up just five points, but that shouldn’t turn you off of Jay who has been a late cut in training camp the past two years with the Capitals organization.

After playing two years in Calgary at the Junior A, tier II level, Beagle decided to leave the University of Alaska-Anchorage after just two seasons, not being able to concentrate on hockey and school.

“I was kind of struggling in school a little bit to juggle hockey with school and weight training. I felt that it was time to make that jump and get to where I am right now. I just felt that with school not going as good as I wanted it to and not being able to focus 100% on hockey, I felt like I should make the jump and try to focus 100% on it.”

He signed on with the Idaho Steelheads of the ECHL for the remainder of their season, and played throughout the playoffs as they went on to win the championship that year.

“I got lucky going there,” Beagle declares. “I got in with a great coach, Derek Laxdal there. We ended up winning the whole thing, the Kelly Cup. That gave me a lot of exposure to the Capitals. They had seen me play a couple times in college and once they knew that I was thinking of going pro they invited me to the camp. Winning the Kelly Cup was an unreal experience.”

Beagle was then approached by a Caps scout who invited him to training camp in 2007.  Although he did not make the Caps squad, he earned himself a pro contract and signed on with the Hershey Bears.  Washington’s management has nothing but good things to say about the hard working, two-way center.

“They all work hard out here during this week, but Beagle has good size and it looked like he had good hockey sense. He had a good feel for the game.” McPhee went on to say, “Those things are important, obviously. His skating needed some work and that’s something you can develop. You can’t develop the [hockey] sense, but you can develop the footwork.”

So the roller coaster ride for Beagle will continue as he will travel with the team to Florida.  Washington will play back-to-back games and with Viktor Kozlov out for at least one game, this could give Beagle a chance to stick around with the big boys.

“A couple of guys have asked me about the run I’ve had to make it to where I am now,” Beagle says. “I’ve told them some of the stories. It definitely wasn’t an easy way to do it, but it was a way to get it done and it’s just one more step to making the NHL.”