The New Jersey Devils are once again building from the goalie out as they try to reclaim some relevance in the new NHL and prospect Steve Santini from Mahopac, NY is a big piece of that puzzle on the blue line. The 20-year-old won’t be on an NHL blueline this season though, as he will be continuing his education and playing in his junior year as an alternate captain for the Boston College Eagles.

Santini plays a throwback style ala the old, fierce defense that players, legends, like Scott Stevens and Ken Daneyko played while patrolling the blueline and protecting the crease. It’s not crazy to think that Santini may even be the most important player in their system because when he is ready he could join a defense corps that will (likely) include Adam Larsson, Damon Severson and may or may not still include Eric Gelinas and Jon Merrill. Those four defensemen are all good in their own right and each brings a different dimension than the other — but none of those four is a thumper like Santini is (as you’ll see in one of the videos below where he lays out a teammate during last year’s camp).

After Day 3 of rookie camp with the Devils, The Hockey Writers were fortunate enough to sit down with the 42nd pick (second round) in the 2013 NHL Draft to discuss a myriad of different topics.

The Hockey Writers: How has this 2015 rookie camp experience been for you so far?

THW: What do you remember about the day the Devils drafted you?

SS: It was a great experience (smiles) to be here in Newark, to get drafted here, it was pretty special. Once they called my name, the crowd got really loud, once I got down to Mr. Lamoriello and Mr. Conte I shook their hands and then just kind of blacked out. It was a really special feeling.

THW: Were you surprised that it was New Jersey that selected you at all?

Follow Santini through the whirlwind after being drafted in 2013: 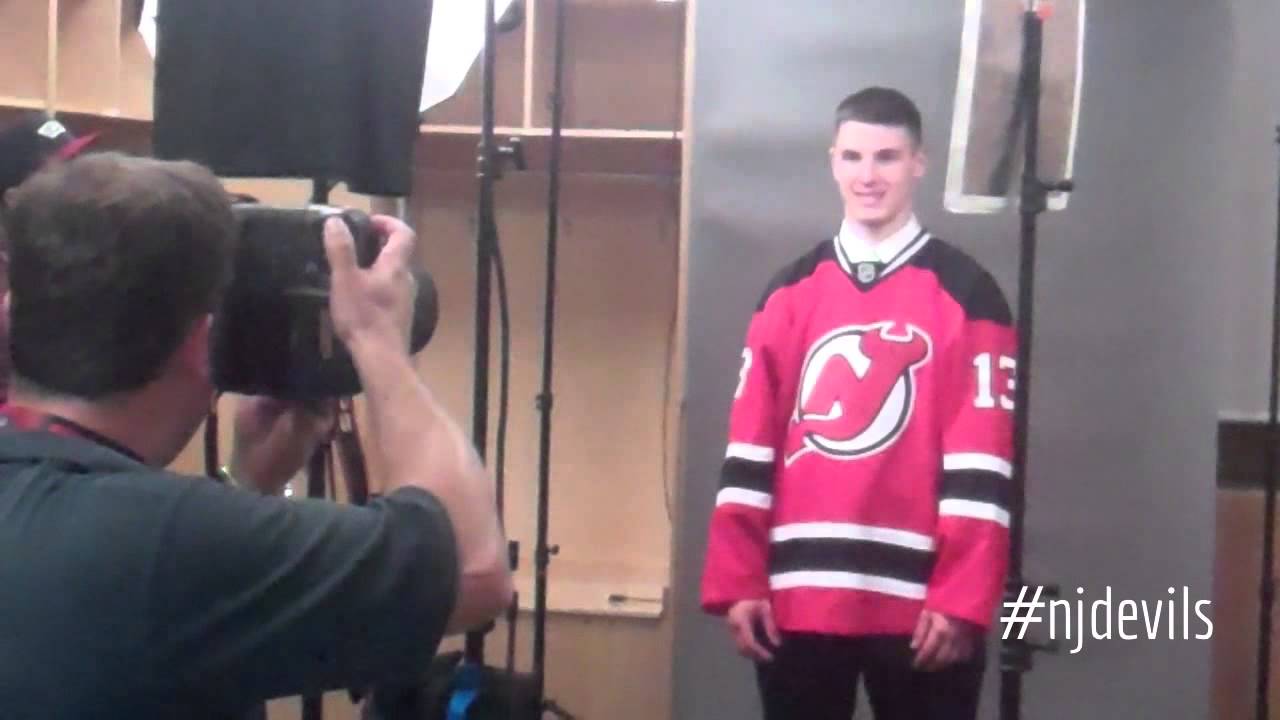 THW: You and your family must have been excited that it was an East Coast team, right?

SS: Yeah definitely (smiles), it’s right near home; an hour from home so it worked out perfect.

THW: What has it been like playing at Boston College?

SS: It’s been very special for me, Boston College is an amazing place. Coach Greg Brown, the assistant coach, has been tremendous; he’s helped my skill so much, he’s a great, great mentor for me. Obviously the program coach York has built, on and off the ice is second to none. I love my situation there.

THW: There are a lot of Devils’ alumni and some current Devils players have played there; is that something you are familiar with?

SS: Absolutely. I’ve seen Cory Schneider a couple of times this summer already and we’ll talk about how he likes it down here. All the guys seem to love it here, hopefully one day I’ll be able to play here.

THW: You had a wrist injury last season that cost you 16 games; how is everything with that and are you 100% fully recovered?

SS: I feel great. I was kind of on an accelerated rehab, trying to rehab as I was playing during the season. I really got my groove going, hockey-wise, but with that being said it’s nice to have a full offseason now to re-strengthen it and just focus on the new season.

Last summer, in his second camp with New Jersey Santini was throwing regular season checks; at a rookie camp…among teammates:

THW: We’ve heard from people who watch your game closely at BC that you are a “captain material” kind of guy and that a comparable was a player like Brian Gionta (a BC alum) who also leads by example. Is that a fair assessment and if so is that something you pride yourself on?

SS: Wow, I guess if people are saying that, that’s a great compliment. I think for anyone it is important to be a good teammate, a good role model — especially to the younger guys — they’ll be coming in looking at guys like myself, Ian McCoshen, Chris Calnen, Ted Doherty; the older guys. They’ll be looking up to us so it’s important for us to show them what it means to be an Eagle and how to win a championship. I’ll let other people make the distinction to compare me to others, but Brian obviously is a great guy on and off the ice; so that’s a great compliment if any one wants to compare me to him as a leader.

SS: Any type of development camp like this, especially for the college guys, you just want to get more comfortable (in a professional environment). The new coaching staff and Mr. Shero want to get to know you a little better as a person and also as a player, and you get to know all of the other draft picks and free agents. Hopefully I can go into next season and use some of the stuff I learned and am learning here.