The Washington Capitals are humming along right now, tearing up the NHL to the tune of 82 points (39-9-4) through their first 52 games. But are they built to survive this spring and finally capture the franchise’s first Stanley Cup? Maybe, maybe not, but that’s one of the reasons that they added Mike Richards to add depth to their already stacked roster that includes the likes of Alexander Ovechkin, Nicklas Backstrom, TJ Oshie and Braden Holtby.

Richards, about to turn 31-years-old on February 11, was a two-time Cup champion with the Los Angeles Kings and a two-time 30-goal scorer while with the Philadelphia Flyers has yet to record a point through his first nine games with the Caps, but he wasn’t brought to DC for his scoring prowess. “I’ve never jumped into any team (midseason). This is a first for me,” Richards said after Washington escaped New Jersey with two points in a shootout win, “but so far so good.”

The Capitals were already steam-rolling the league before Richards was added on January 6 on a one-year deal, so why was he added? The hand injury to Jay Beagle is a big reason, and Richards has slid into that slot as a third/fourth line center and penalty killer. Even when Beagle makes his return towards the end of February, one can never have too much depth, or experience when the calendar turns to April and there are always injuries in the playoffs. Not only is he a solid option for taking face-offs (at least 50% in seven of nine contests), but Richards’ 28 career shorthanded goals is the second best total among active players (Marian Hossa, 30).

A steal, and a shorty: 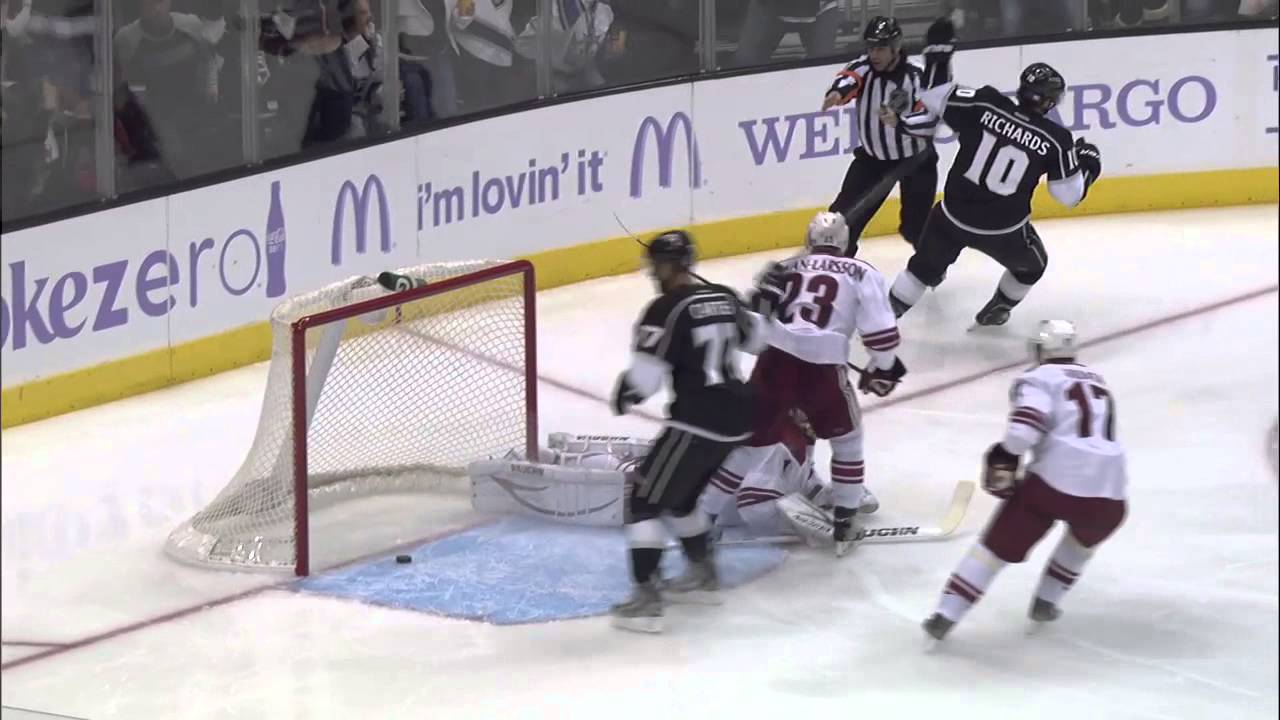 The former King is also reunited with Justin Williams, who was signed this offseason to the Caps roster and also was part of the LA team that won two Cups in three seasons. “It helps having a familiar face,” Richards told The Hockey Writers before getting on the team bus, “especially if you have questions — about the system or anything, I think it helps.” Williams’ playoff performances are legendary, earning the nickname ‘Mr. Game 7’, but Richards hasn’t been horrible either during postseason play — tallying 37 points (10g-27a) in 61 games with LA.

“This team’s doing well so you don’t want to slow them down,” Richards said about trying to seamlessly fit into a successful team without disrupting whatever mojo they have going on this season. “You just try to do your best to catch up immediately. My legs feel good; my hands are coming around, I’m starting to make more plays. Hopefully soon (the points come).”

His release (and the reasons for it) from the Kings this summer put a sketchy cloud over his head, but it was a savvy, low-risk addition by Caps GM Brian MacLellan for a one-year, pro-rated $1 million deal. The biggest challenge for Richards is that he never had a training camp, instead he was working out with his old Canadian junior team in hopes someone would take a flyer on him. From our point of view, this was the perfect spot for him, at this point in his career; he’s trying to show everyone that he is still a viable NHL player, and the Caps are loading up for what could be their best shot at that elusive Cup.

“I don’t know if I got to pick my own team but I did have options and scenarios I got to pick from,” Richards told THW. “It’s an adjustment, not having a training camp, jumping in midseason – but so far so good.”

Mike Richards looked as happy as can be to be back on the ice for warm-ups pic.twitter.com/m2dhXbemeS

There may be a better option that the Caps come across as the NHL trading deadline quickly approaches, and if there are more injuries once it passes, Washington has the option of bringing Scott Gomez up from their AHL affiliate in Hershey. But for now Richards hasn’t done anything to disrupt the soaring Capitals remarkable season.