Did the NHL get the call wrong on what would have been an overtime winner in Game 4 against Nashville? Yes.

There is little to defend in the NHL’s decision process. I’ve read through the byzantine rule book and no matter how I attempt to interpret it, the elements of the play are really quite clear. Numerous articles have described the play and its impact on the series.

But this is not a review of the dotted ‘i’s and crossed t’s off the NHL rulebook. For those looking to beat their heads against the proverbial wall, you can read section 69.1, which describes the “overriding rationale” of the rule regarding interference with the goalkeeper. You can find the rule in section 38.5 that gives the NHL the power to review this play, even in the era of the coach’s challenge (which Nashville had already used). One can have fun with section 78.7, which indicates that video review is intended to be narrow in scope when applied to a coach’s challenge. It also defers to the call on the ice should video review be ambiguous. The call on the ice didn’t indicate any sort of goalie interference.

Alas, nothing in the rule book issues address the core problem.

There is one core problem with the call. The effort Pavelski made on the play is the essence of competitive sports. He reaches high to try to pull the puck down. He gets cross-checked in the back, then gets tripped. While on the ice, he spots the puck and reaches out as far as he can to tip the puck into the net. Pavelski fought all these battles in a single second.

Close-ups of Pavelski’s face show his determination during the play. It is everything I want from sports. When this sort of effort gets legislated out of the game, the game has a problem. It has taken away the core of the sport. 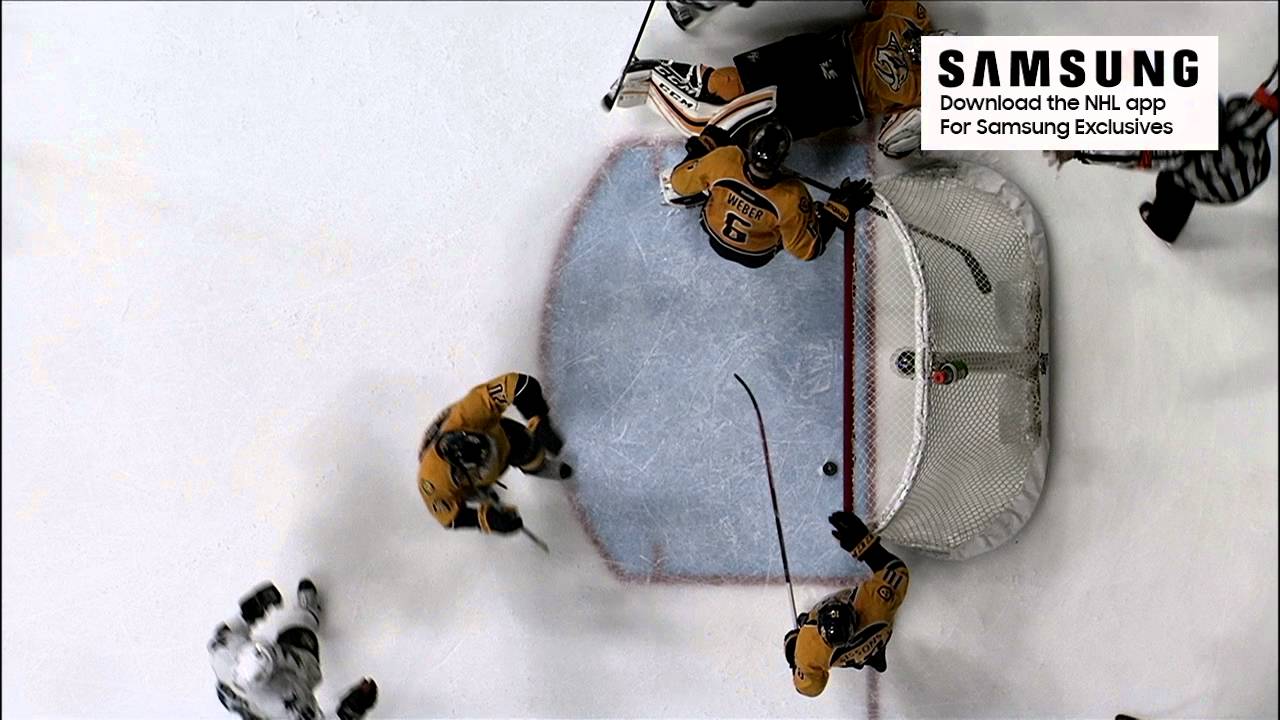 The determination in Pavelski’s face can be seen frequently — in the movies. It is seen in the underdog sports movie, where the individual battles the odds to get to the moment where every last ounce of energy is expended and glory follows. It is in war movies, during the penultimate scene where humanity’s fate lies in the courageous determination of the hero.

You also see it football games, the battle at the goal line with the player trying to score the touchdown, the defense battling back. You see it basketball games, with players straining for a rebound or a tip. You see in baseball with the shortstop diving outstretched to stop the ball, then flipping it to the second baseman for the double play. Sports are games of inches, games where that last bit of effort matters.

Should big games be decided by efforts like Joe Pavelski’s? Absolutely! I’ll take games ending with that sort of effort every time I can get it. Its better than Hollywood.

Joe Pavelski’s effort was not acted in a movie script, it was very real. Fortunately, the fate of the free world was not dependent on the outcome of the game. Even more fortunate, humanity’s fate is not subject to NHL’s video review process.