It may be an understatement to say the season has not started out how the Ottawa Senators wanted. While no one was under the impression this would be a playoff team, they have gotten off to a far rougher start than expected. Their 5-1 loss against the Vancouver Canucks on Wednesday marked their sixth straight loss and the second time they’d lost a game by a margin of at least four goals. Despite a young, talented roster, the team continues to make costly mistakes, and now some are wondering whether the coach or the general manager may be feeling the pressure.

Fans are getting tense and wondering where the franchise is heading, especially after the poor production of so many of their veterans. However, their prospects in college and abroad in Europe are still playing well, giving the current situation a silver lining. And the young players in the NHL are also playing well, leading the team in most statistical categories. Despite a mostly quiet few days, there were some notable events that concern the Senators.

After a 7-1 defeat by the Canucks on Jan 25, coach D.J. Smith promised to shake things up to try and get the team going. Only the top line of Brady Tkachuk, Josh Norris, and Drake Batherson was regularly producing for the team; the rest of the lineup seemed spotty at best, especially the veterans. Cedric Pacquette, Brayden Coburn, Josh Brown, and Alex Galchenyuk all rank near the bottom of the league in possession numbers. So, in an effort to jump-start some of his players, Smith shuffled around the lines. 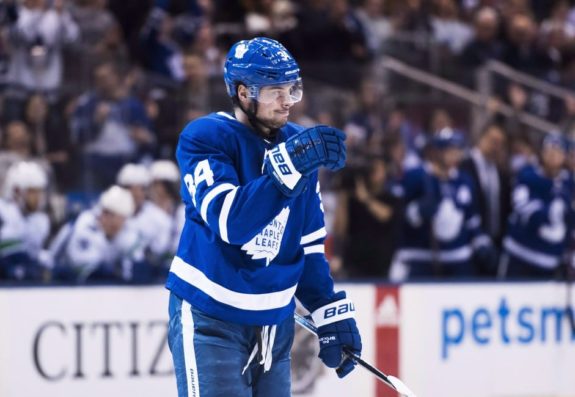 The top line remained untouched – as it should – but the rest were tweaked slightly. Rookie Tim Stützle lined up beside Chris Tierney and Connor Brown, who claimed that they “won the Timmy sweepstakes.” Colin White moved up to the third line to play with Dadonov and Nick Paul, and Pacquette replaced Galchenyuk on the fourth. On defense, Coburn replaced Brown on the third pairing.

Yet none of it worked. The top line was once again the Senators’ best unit while everyone else struggled – Coburn and defense partner Christian Wolanin were both a minus-2 on the night, while Mike Reilly was a minus-3. Dadonov led the forwards in ice time, but only managed four shots, the same amount as Batherson, who played over a full minute less.

It’s not like the team didn’t try; Canucks’ goalie Thatcher Demko faced 43 shots, allowing just a single goal by him in the first period. But without the Senators’ top line, that total goes down to 26. Thomas Chabot logged the most minutes of any player on the ice and led the Senators in blocked shots with four and shot attempts with 32; the rest of the Senators’ defense combined for 3 blocked shots. It almost seems as though the team’s top players are trying to make up for the deficits around them, but just aren’t able to carry the whole weight. Will another line shift help? Smith will undoubtedly try, but he’s running out of combinations to use before he breaks up the top units.

Item Two: Should Stützle Be Demoted?

With the team’s poor performance, some are beginning to question if keeping the 2020 third-overall pick in the NHL is the best decision. Derek Lee, a writer at New Era Sens and co-host of the Sens Hour Podcast, suggested that maybe the best thing for his development would be to send Stützle to the AHL. Most fans would balk at the idea of getting rid of the team’s brightest prospect, but his performance to start the 2020-21 season hasn’t been spectacular. After scoring a goal in his second NHL game, he went down with an injury and missed the next three contests against the Winnipeg Jets.

Upon his return, he’s been far less effective, posting a minus-4 in his first game against the Canucks and a minus-2 in the next. He’s also been utilized less, playing about 12 and a half minutes in each game, compared to the nearly 15 he logged in the game where he scored his goal. It’s got some wondering, like Lee, if he needs a bit more seasoning in the minors. Since he never played in the CHL, he would be eligible to join the Belleville Senators once they start their season as a teenager. It’s definitely not a popular opinion, but it could be better for the youngster in the long run, and that’s what this team should still be focusing on.

Prior to last night’s game, the Senators made a minor deal with the San Jose Sharks, flipping defenseman Christian Jaros and a seventh-round pick in 2022 for forward Jack Kopacka. The 6-foot-2 winger has yet to play a game this season, but in 2019-20, he seven goals and 15 points with the AHL’s San Diego Gulls, as well as four goals and eight points in the ECHL with the Tulsa Oilers.

The move is unlikely to have any impact on either the Senators’ or Sharks’ NHL lineup. Kopacka has spent his entire professional career in the AHL and ECHL after graduating from the OHL’s Soo Greyhounds in 2018-19. Jaros, on the other hand, has been a regular depth call-up in Ottawa, appearing in 76 games over three seasons. He too has yet to play a game this season, but he could find himself on the Sharks at some point this season for a few games if they find themselves in injury trouble.

Both players will report to the AHL when it is set to begin on Feb 5. The start date of the league has been moved several times already, and a number of teams have also decided not to compete this season due to the COVID-19 threat. While the NHL has been mostly COVID-free, there have already been a few instances of postponements due to positive test results.

Over in Finland, one Senators prospect is starting to turn some heads. No, it’s not Roby Järventie, who was one of the hottest Finns to start the season, but it is another 2020 pick. Leevi Meriläinen was taken in the third round with the Winnipeg Jets’ pick from the Dylan DeMelo trade, and more than a few were surprised at the selection. The lanky 6-foot-2 goalie was on very few scouts’ radars, and seeing him taken so high raised some eyebrows. But now, he’s one of Finland’s hottest goalies. In the U20 League, he currently has the second-highest save percentage with a 0.928, earning him a three-year contract extension.

It’s also earned him a call-up to the Liiga Karpat roster, where he joins Joel Blomqvist and Justus Annunen, two of Finland’s top goalie prospects. Annunen rose to fame when he upset the Americans in the quarter-final at the 2020 World Junior Championship, and he currently is the team’s starter. Blomqvist was selected by the Pittsburgh Penguins with the Senators pick acquired in the Matt Murray deal and made the 2021 Finnish World Junior team, but didn’t appear in any games. It’s unlikely, then, that Meriläinen will get in many Liiga starts, but the team is obviously churning out top-notch goalies and that bodes well for the Senators’ future crease.

After the 2020 NHL Draft, many pundits joke that the University of North Dakota was an unofficial farm system for the Senators. With Ottawa picks Jacob Bernard-Docker, Shane Pinto, Jake Sanderson, and Tyler Kleven currently playing on their roster, it may be a more truthful statement than anyone will admit. Better yet, the UND hockey team has been on fire this season, leading the National Collegiate Hockey Conference with 12 wins and just three losses. Pinto has become a star for the team, leading them in goals and points with eight and 19, respectively.

But the league received some bad news earlier today when it was announced that some games would have to be rescheduled due to a number of positive tests and quarantines within the Colorado College hockey program. North Dakota was slated to play against Denver College next weekend, but that has been postponed until Feb. 12 and 13. While it won’t hurt North Dakota at all, any outbreak is concerning and could potentially lead to more delays and postponements. Hopefully, the NCHC will remain on course for the rest of the season.

What’s Next for the Senators?

The Senators are growing increasingly desperate for a win, especially as they prepare to face the Canucks once more before they travel to the east on the weekend to face the Edmonton Oilers in a two-game series, then return home to take on the Montreal Canadiens. The Oilers have also struggled out of the gate, posting a 3-5-0 record to put them in fifth in the North Division. The Canadiens, however, have been on fire, going undefeated in regulation in all six games they’ve played this season. And it may be worth mentioning that the Canucks were also struggling before they faced the Senators.

It will be interesting to see how, if anything, changes once the AHL starts its 2020-21 season. The Senators’ affiliate is just two and a half hours southwest of the city, making call-ups far easier than the Canucks, for example, whose AHL affiliate is in Utica, New York, and shared with the St. Louis Blues. The team could definitely afford to take advantage of call-ups, granted that the rules around them stay the same this season, and give players like Alex Formenton and Erik Brannstrom some ice time, especially if the roster continues to struggle.

An elementary teacher by day and an avid hockey fan, Dayton joined The Hockey Writers in 2019 and currently covers the Ottawa Senators, World Juniors, and NHL Entry Draft.