In Saturday nights 4-1 victory over the Florida Panthers the Senators had 14 players 25-years and under in the lineup.  With 25 games remaining and 9 points out of the 8th and final playoff spot, the young Sens are still living to fight another day.  With the current injuries to veterans Chris Neil, and Clarke MacArthur, it has allowed Ottawa to get a strong look at Shane Prince and Matt Puempel who have both seen action in the past two games.  In those two games, the Senators have outscored the opposition 8-3 while throwing 78 shots on net.

Karlsson In “League Of His Own”

When it comes to point production, the Sens 24-year old captain is absolute money.  His 45 points are tops on the Senators this season and second to Calgary’s Mark Giordano and Pittsburgh’s Kris Letang for the NHL lead by blue-liners.  If Karlsson can move ahead of those two and stay on top, it will be the third time in four seasons he would lead all defenders in scoring.  The only year in the past four he was held out of the race was during the NHL lockout of 2012-13 when injuries held him to only 17 games.  When he is on his game, he is the most dynamic offensive defenseman in the NHL.  Some question his defensive game, but his play since Christmas would state otherwise, as he is +16 since the holiday break.  Since coming into the league in 2009-10 he has led all NHL defensemen with 282 points in 372 games.  The closest to him is Chicago’s Duncan Keith who has 277 points in 423 games played.

After tonight, Erik Karlsson is now a plus player for the first time this season. Was -14 before Xmas. He's +16 since.

When you are drafted 3rd overall out of Junior A hockey you must be a stand out hockey player.  After leading the Burnaby Express of the BCHL to a National Championship, Turris would be taken 3rd overall by the Arizona Coyotes in the 2007 NHL Entry Draft.  He would go on to play one season of NCAA hockey with the Wisconsin Badgers in 2007-08 and represent Canada at the 2008 World Junior Championships before joining the Coyotes for their final 3 games.  His first season would be everything but exceptional as he would muster just 20 points in 63 games and find himself in the AHL for his second season as a Pro.  He had some kinks to work out and would go on to put up 63 points in 76 games with the San Antonio Rampage during the 2009-10 season.  Turris would crack the Coyotes roster in year three but again not be able to make an impact.  He would be dealt to the Senators early in the 2011-12 season for another struggling 1st round pick David Rundblad and it was there he would begin to find his game.

Since being dealt to the Senators, the 25-year old has scored 64 goals and posted 156 points in 236 games played, destroying his previous totals with the Coyotes which saw him produce just 46 points in his first 137 games.  It is the old story of being rushed into the NHL too young and too soon, some players can adjust faster than others, Turris just needed more time is all.  There are such high expectations when you are a Top 3 NHL Draft Pick, sometimes it is just better to be patient.  He took a different path to get to where he is, he didn’t play Major Junior, he went the college route, was rushed into the NHL, toured the Minors, and now after all the questions and critics, he is wearing an “A” for an NHL team. 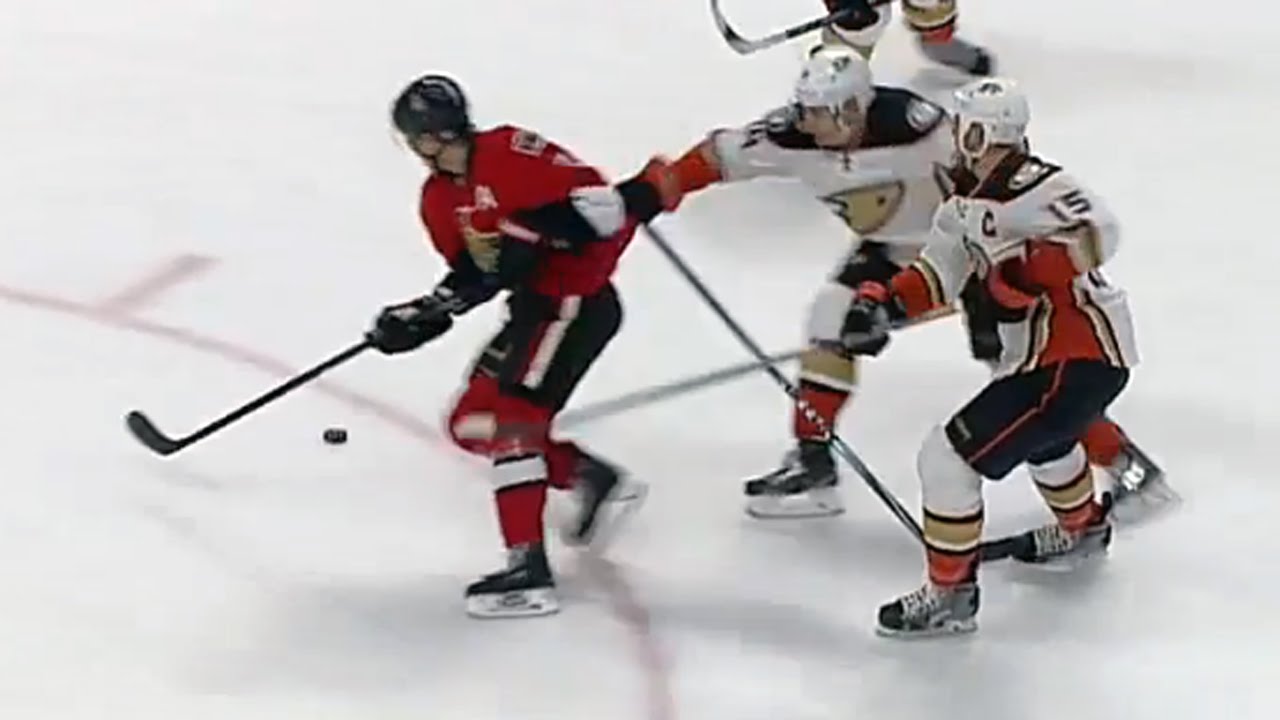 Mark Stone (22), and Mike Hoffman (25), were both high scoring Junior players who had different knocks towards their games and questions in regards to how they would adjust to the Pros.  One of them was said to be too poor of a skater while the other was said to be way too small and not a strong enough two-way player.  Both of them have shut the critics up however, adjusting just fine to the faster play and stronger opponents that is the NHL.

The Winnipeg native Stone, played his Junior hockey for the WHL’s Brandon Wheat Kings and would represent Canada at the 2012 World Junior Championships.  Although just posting 67 points in his first two seasons in the “Dub”, Stone would explode in year three and four which saw him lead the Wheat Kings scoring both years putting up 229 points in 137 games.  He would make the jump to the AHL in 2012-13 where he had a respectable rookie season with Ottawa’s AHL affiliate in Binghamton where he put up 38 points in 54 games, however it was his impressive +21 that many took notice to.  Now playing a top six role with Ottawa, Stone has ultimately become one of their top two-way forwards as he sits third in the NHL with 57 takeaways behind only John Tavares and Ryan O’Reilly.  His 37 points also place him 3rd in NHL rookie scoring behind Johnny Gaudreau and Filip Forsberg.

Taking a look at Mike Hoffman, here is a guy who floated through Junior, making stops in two different leagues and skating with four different clubs in just four seasons.  The Kitchener, ON native started things off with the Kitchener Rangers of the OHL where he played just 6 games as a 17 year old before being cut the following season.  He would transfer to the QMJHL after no OHL team picked him up and would play for the Gatineau Olympiques, but after just 19 games he would be released.  He would go on to join the last place Drummondville Voltiguers where he would spend two seasons and score 130 points in 105 games.  After being drafted 130th overall by the Senators, his Junior rights would be traded to the Saint John Sea Dogs where he would lead the club in scoring with 46 goals and 85 points.

Hoffman would be a project from his first day at the Pro level, he would spend 3 years in the AHL putting up just 102 points in his first 191 games.  In his fourth season he would find another level as he would be named team captain and score 30 goals and finish with 67 points in just 51 games while also dressing for 25 games in the NHL.  Now in his first full NHL season, his 20 goals ties him with Nasvhille’s Filip Forsberg for the NHL rookie goal scoring lead and  his +/- rating of +20 is a club best.

The Other Key Kids

After coming over in the Jason Spezza trade, Chiasson is producing nicely with the ice time he is given.  The young power forward gets time on both the power play and penalty kill units.

The Ottawa native is improving every game, his offensive instincts have kept him in the lineup as he is great on the power play.  He must learn how to use his size better (6-3, 210 lbs) in order to become a top 4 every day defenseman.

The hulking defender makes life miserable for opponents, as he doesn’t shy away from throwing his 6-5, 230 lb frame around.  He hasn’t reached the offensive numbers he was projected to produce when he was drafted but has made up for it with his strong defensive play.

The rookie winger has not blown anyone away with his offense yet, but has shown many flashes of what is to come.  He was loaned to Team Canada for the 2015 WJC where he was tied for the tournament lead in goals with 5 helping Canada claim Gold.

Already in his third full season in the NHL and only 21 years old, the offense is beginning to show and his 112 hits are second to only Chris Neil by Senators forwards.

The OHL standout is in his 2nd season with AHL Binghamton, has the offensive instincts to put himself in position to score goals.  He is absolutely fearless but needs to drastically work on his defensive game.

Currently leads the Baby Sens in scoring, known more as a play-maker but has underrated goal scoring ability.  His small frame means he needs to constantly work on getting stronger to be an impact player at the highest level.

Brings plenty of offense from the back-end as he is very mobile and moves the puck well.  Next years training camp will be huge for him to prove he can do the same at a higher level.

Not overly big for a defenseman (6-0, 205 lbs), but plays smart simple game that will translate at NHL level.

A top offensive talent with the OHL’s North Bay Battalion, Paul brings size, scoring, and energy to the table.  Chipped in with 3 goals for Team Canada at the 2015 WJC helping the club to Gold.

Skates with the OHL leading Oshawa Generals where he is third in team scoring with 65 points.

The big and strong power forward has a relentless puck pursuit and off the charts forechecking ability.  Currently has 12 points in 27 games with NCAA New Hampshire where he is a Freshmen.

The monster blueliner (6-6, 212lbs) is a stalwart on defense for the Barrie Colts where he is their top shutdown defenseman on a nightly basis.

I have great appreciation of what Ben Harpur has turned himself into with Guelph. From a struggling rookie to a top notch NHL prospect.

The young Golden Lake ON native currently leads all Clarkson University defense with 6 goals while leading the club with 5 on the power play.

The first year pro has been working on his game in the ECHL but currently is sitting on the bench backing up Senators Andrew Hammond while injuries have knocked out Craig Anderson and Robin Lehner.