Entering the 2016 World Cup of Hockey (WCH) in Toronto, Team Europe is hoping to channel their inner Jim Craig and Mike Eruzione. With preliminary games kicking off later this week and a little over one week before the tournament begins here is everything you need to know about Team Europe.

To get your daily fix, check out The Hockey Writers dedicated World Cup of Hockey coverage page.

Team Europe consists of players outside of the Czech Republic, Sweden, Finland, and Russia. Team North America consists of players 23-and-under from either the United States or Canada.  What national anthem they will play if either of these teams wins is anybody’s guess.

Top two teams from each group will advance to the semi-finals.

Franz Reindl, President/Team Leader – Reindl has been intimately involved with German international hockey as a player, coach, and administrator. After playing in the German Bundesliga (no, not soccer) for over 16 seasons including eight World Championships and three Olympics, he was voted President of the German Ice Hockey Federation in 2014. Reindl also served on the management team for Team Germany at the 1996 World Cup and was the team’s GM and head coach in the 2004 world cup.

Miroslav Satan, General Manager – After playing over 1,000 NHL and 100 international games for Slovakia, Satan officially retired from the NHL after the 2010-11 season. Although he went on to play four more seasons overseas, Satan does not have a wealth of management experience to fall back on. However, he will be hoping for more moments like these: 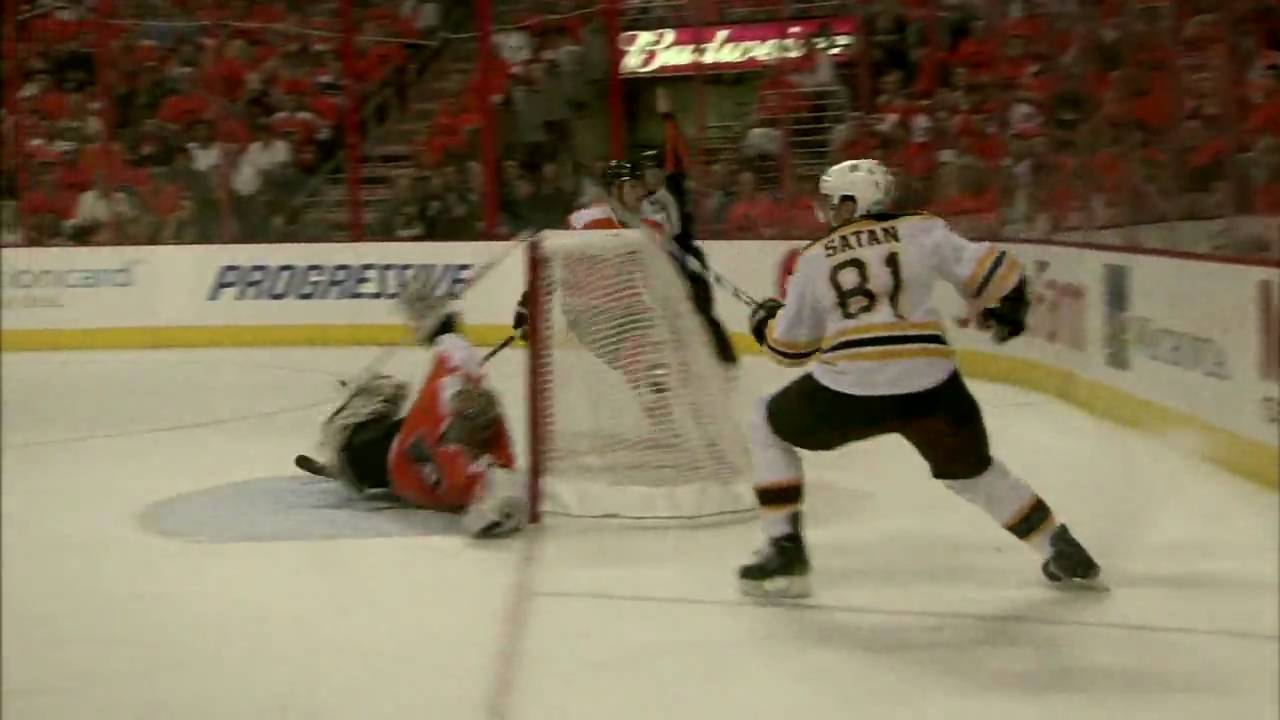 Ralph Krueger, Head Coach – Putting together a rather interesting resume including chairman of Southampton football club, Krueger will be the lead man behind the bench. Also playing in the Bundesliga for over 350 games, Krueger coached the Swiss national team for the better part of four years and also coached the Edmonton Oilers during the 2012-13 season.

Paul Maurice, Assistant Coach – The current bench boss of the Winnipeg Jets does have international experience coaching the Metallurg Magnitogorsk of the KHL for one year after being let go by the Carolina Hurricanes after the 2011-12 season. Besides the Jets and his KHL stint, Maurice has also been at the helm for the Toronto Marlies/Maple Leafs, Hartford Whalers, and various stops in the OHL. Hopefully, Maurice will bring more fire like he does here:

Brad Shaw, Assistant Coach – After playing professional hockey for 15 seasons, Shaw brings a wealth of coaching experience behind the bench. Coaching in the NHL, AHL, and IHL, Shaw has been the St. Louis Blues for the past 10 seasons. After the 2015-16 season, he will not be returning to the Blues next year.

Peter Bondra, Scouting Staff – After scoring over 500 goals and becoming one of the most exciting NHL players of his time, Bondra became GM of the Slovakian team shortly after he retired in 2007. He managed that position until 2011. Bondra participated in three Olympic games and the two World Cups of Hockey. Hopefully, he can show some of the players these moves:

Sean Burke, Scouting Staff – Bringing nearly 20 years of professional playing experience, Burke has served in a managerial aspect for the Phoenix/Arizona Coyotes as well. Josh Cooper wrote a piece last November looking more in depth at what he has been up to lately.

Lorne Henning, Scouting Staff – We all may have seen this goal before (1:36 for the impatient viewers):

However, Henning brings a wealth of coaching experience and knowledge, particularly coaching alongside Al Arbour with the Islanders. He also had coaching stints in the AHL. Henning served as Assistant General Manager for the Vancouver Canucks for seven seasons.

Vaclav Nedomansky, Scouting Staff – Paving the way for future international players, Nedomansky is known as being the first international hockey player to defect to North America to play professional hockey. He has served as a scout for the Los Angeles Kings and has also coached in Germany and Austria.

Ricky Olczyk, Scouting Staff – Being the younger brother of well-known hockey analyst Eddie, Ricky Olcyzk is attempting to make his name in management. Currently serving as Assistant General Manager for the Carolina Hurricanes, he served in the same capacity for six seasons in Edmonton. Olyczyk played four years of college hockey at Brown University.

Gear up for what should be an exciting tournament folks. Stay tuned for more WCH Team Europe thoughts, analysis, and previews in the next couple weeks.