The NHL’s decision not to participate in the 2018 Winter Olympics in Pyeongchang, South Korea, as expected, hasn’t sat well with players and fans.

The players relish the opportunity to represent their country on the biggest stage, and hockey fans enjoy watching the best players in the world vie for Olympic gold.

However, the NHL decided there was no economic benefit for the league and opted not to participate.

There’s a lot to digest with this decision, and for this week’s Grind Line, we discuss our thoughts on the NHL passing on the 2018 Olympics. 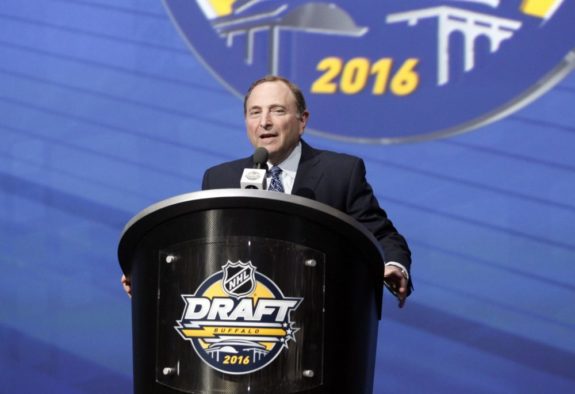 As a hockey fan, this decision is very disappointing. Should no NHL players end up going to the Olympics, the level of play will not be nearly as good as it would be with NHL players.

Will I still watch the Olympics with a less-than-ideal lineup of college players and undrafted players playing overseas? I might catch a game or two. However, I definitely won’t be motivated to wake up at the crack of dawn to watch them. NHL players could get me to do that.

The NHL insists there is no economic benefit in showcasing its best players for the whole world to watch. Well, no, maybe not a direct, “If we go to the Olympics, we will gain X number of fans that will spend X amount of dollars.” That’s not the point of the Olympics. The point is to display the talent to untapped markets; in this case, South Korea.

I don’t understand why the league is so dead set on participating in China in 2022 and not South Korea in 2018. Sure, China is a much bigger market, and the NHL definitely wants to tap into that. But it’s essentially saying South Korea isn’t worth its time. Any possible fans in South Korea don’t mean as much as fans from China.

Not only is that arrogant and shortsighted, but a league that is at best the fourth-most popular sport in the United States shouldn’t be picky about where to display its talent.

I understand the NHL doesn’t make any actual revenue from the Games, and there is the possibility of star players getting injured, which could affect the team’s ability to make the playoffs or go on a playoff run, but money can’t be the sole reason for not participating. You know where else players can sustain injuries in games that don’t count in an NHL season? The preseason. But owners still make money off preseason games, so it’s not as big of a loss as if a player were to be injured in an Olympic game.

Without the players, there is no revenue for the owners to make. Let them participate so fans can see the best players in the world on the biggest stage. 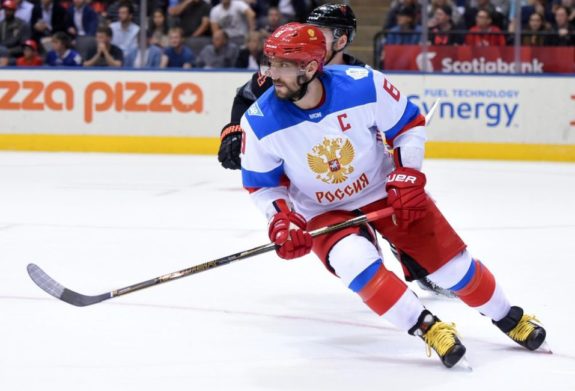 For the first time in 20-plus years, the NHL is refusing to participate in the Winter Olympics, a tournament they have regularly attended since 1998 in Nagano, Japan. Predictably, the league’s refusal to allow its players to attend the 2018 PyeongChang Olympics is an unpopular one among both players and fans. Several players, including the Washington Capitals’ Alexander Ovechkin, have already stated they still plan on going.

It’s understandable that players are disappointed—representing your country on a national scale is a point of pride. For that very same reason, fans are upset that they will not get the chance to watch the top players from their respective home countries duke it out in South Korea next year.

The decision feels a bit short-sighted, and while I am among those disappointed that Team Canada will not dress its best and brightest, I also understand why the NHL’s Board of Governors is standing firm on its decision.

The primary reason behind the league barring its players from participating has to do with the 17-day break in the schedule. At that time in February, the football season has ended, and the baseball season has yet to start. Not to mention, the league is shutting down entirely so that roughly 150 of 700 players can participate in the tournament.

Coupled with the break is the risk of players incurring injuries during the three-week stint in South Korea. While the IOC (International Olympic Committee) initially stated they would not cover the costs of travel and insurance for the players, the IIHF (International Ice Hockey Federation) stepped up and agreed to foot the bill. However, the move was not enough to alter the league’s stance. Sometimes the business of hockey gets in the way of fun, and that definitely feels like the case here. 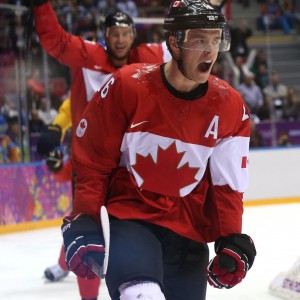 The NHL sure knows what fans want, eh? As ridiculous as it is to ban NHL players from participating in the Olympics, it’s also understandable.

NHL owners have invested millions in their employees. The last thing they want is for their players to get hurt in non-NHL events. Instead, the league can schedule games at the normal pace and build in a bye week. No more condensed scheduling to factor in preseason or in-season tournaments.

It’s also understandable that the league does not want to shut down for a month in order for is players to participate in the Olympics. Teams can keep their star players in the lineup, market them and sell seats without interruption. Like it or not, the NHL and its teams are businesses. They need to make money to survive and improve. I’m certainly not going to stop watching the Red Wings because I disagree with the league’s business ethics.

Instead, countries will likely do what they’ve done previously for Olympic baseball: select the best players who are not signed to NHL contracts. For the U.S., this would mean the top collegiate players, those playing overseas, plus AHLers and CHLers without big league pacts. This may have been a factor in the Red Wings signing Dennis Cholowski after only one year of NCAA hockey.

In summary, I’m bummed but will still root for the Red Wings and U.S. Olympic team regardless.

Canadiens Need Kotkaniemi to Bounce Back vs. Penguins

The Best NHL Defensemen Ever

What Joe Sakic Means to the Avalanche