The Montreal Canadiens feature a good number of home grown players who were drafted or signed as undrafted free agents. However, despite this number, player development has been suffering in recent years. For years, Montreal’s coaching staff under former head coach Jacques Martin and currently Michel Therrien have had trouble trusting young players in the lineup despite many instances of them playing better than the veterans.

This season especially has been a challenge of patience for Habs fans watching Therrien and his player usage. There are many situations of veterans getting too much rope while rookies and young players are benched or scratched after one mistake. Former Habs defenceman Jarred Tinordi was never given a chance to succeed by the coaching staff as it took him months to get into a game and when he finally did, he played sparingly.

Tinordi’s value plummeted as he was finally shipped out for John Scott and Victor Bartley. You would think a 6′ 6″ defenceman who was a first round pick in 2010 would have more value but the way Montreal managed Tinordi, they never maximized his potential. In the case of fellow defenceman Greg Pateryn, he would draw in, make a mistake and then sit for games on end, a process still ongoing to this day.

With lack of goal scoring being an issue, rookies Daniel Carr and Sven Andrighetto were among the few players to actually put the puck in the net but it took a long time for them to get a semi-regular spot in the lineup. Carr unfortunately was lost to a knee injury for the rest of the year while Andrighetto only got in the lineup because of injuries and the poor play of others. 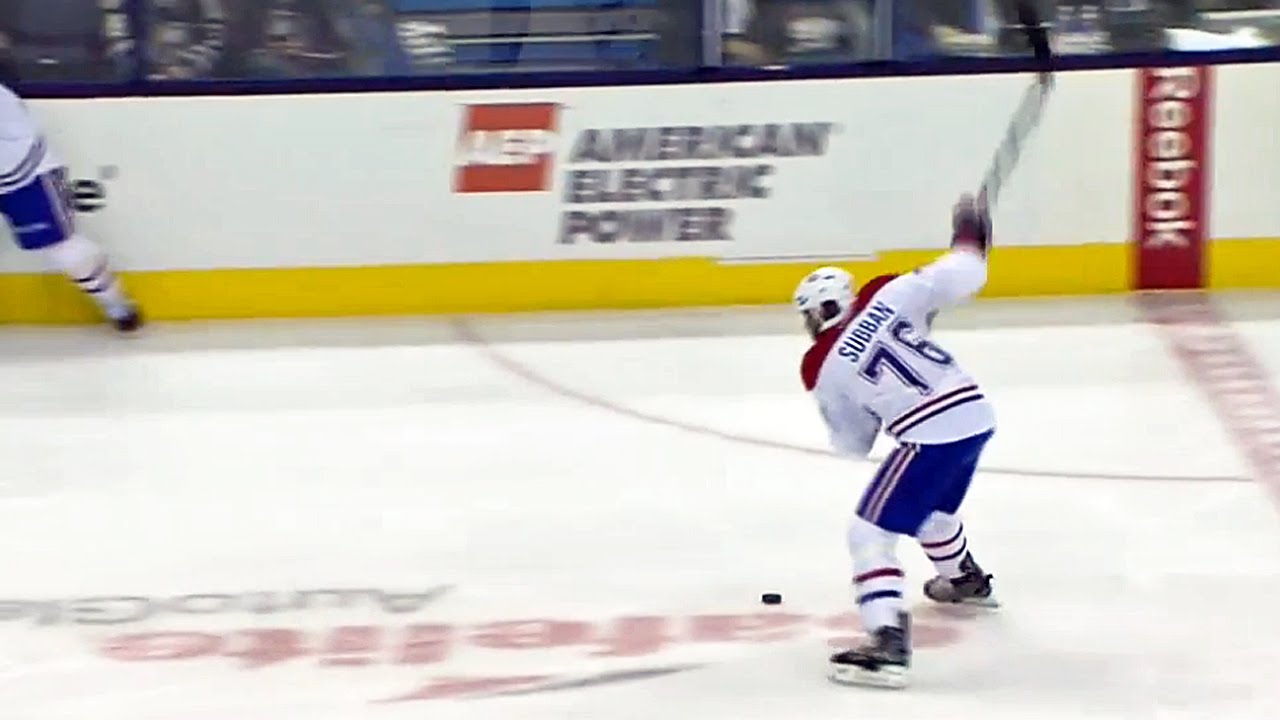 Alex Galchenyuk has been shuffled around for his entire career so far in Montreal. He spent three years on the wing before getting put back in the middle, only to play with less than ideal wingers. Galchenyuk’s east-west game doesn’t necessarily mesh with Therrien’s north-south, dump and chase system. Despite being one of the most talented and productive players on the roster, his usage has been all over the place.

Even someone like PK Subban could benefit from having some more rope. When Subban first came into the NHL, no doubt his defensive game needed some work. As he has matured, that part of his game has improved but Therrien is not a coach who values creativity. Subban has a tight leash in Montreal and it took a long time before Therrien would play Subban more than Andrei Markov.

The Good, The Bad and The Ugly

You can argue that it hasn’t been all bad under Therrien. Brendan Gallagher has emerged as a top six player while Max Pacioretty’s game has taken off since Therrien’s arrival. Carey Price has become the best goalie in the world when healthy although many will point out his personal maturation and the presence of a new goalie coach in Stephane Waite as the reason he has realized his potential.

In the AHL, player development hasn’t been good either. Only a handful of players have been consistently good in their times in the minors. Charles Hudon, Daniel Carr and Sven Andrighetto have been good while Michael McCarron has taken a steps forward as an AHL rookie. But countless others haven’t made a lot of progress in the AHL.

Many players who were good in junior have a hard time making the jump up to professional but it’s too hard to believe that all these players aren’t developing just because they weren’t good picks/signings. Players like Darren Dietz, Dalton Thrower, Tim Bozon, Connor Crisp and Mac Bennett have failed to significant progress since turning pro. One positive has been the play of defenceman Morgan Ellis, who struggled mightily in his first three years of pro hockey before he finally turned it around big time this season en route to being named an AHL All Star.

Magnus Nygren tried playing in the AHL two years in a row but didn’t take to it and headed back to Sweden where he has had success. Nygren isn’t going to wow anyone defensively as his offense is his calling card. An argument could be had that he is good enough to be in the NHL right now and his shot could certainly help Montreal’s power play. It’s not unusual for Europeans who have played several years in the pro leagues overseas to want to jump right to the NHL and skip the AHL. Considering Nygren has tried the AHL twice and was seemingly unimpressed enough to leave, is it a reflection of him as a player/person or how Montreal’s farm system is being ran?

Another player whose development is in question is Jacob de la Rose. Even when he was drafted, his offensive game was never great as it was his defensive game and work ethic that would be his ticket to the NHL. That sentiment is still the case today but he has shown little offense at the AHL level and virtually none in the NHL. He has the size and defensive acumen to succeed in the NHL but he needs to develop other parts of his game. If De la Rose can develop more offense to his game, he could become a valuable player for Montreal but like others, he needs the patience and proper environment.

When you look at a team like Chicago, they drafted the likes of Jonathan Toews, Patrick Kane, Duncan Keith, Brent Seabrook and Corey Crawford but they also acquired Artem Anisimov in a trade and signed the likes of Marian Hossa and Artemi Panarin. Chicago has had a lot of roster turnover after their three Stanley Cups as they have traded the likes of Dustin Byfuglien, Andrew Ladd, Kris Versteeg, David Bolland, Patrick Sharp, Johnny Oduya and Brandon Saad but they are still contenders year after year. Drafting well certainly helps but proper development and management of players is the reason why the Hawks are always in the hunt.

For a player to reach his maximum potential, he needs to be put a position to succeed. For Montreal, they need to improve on developing their players better. That means making the right decision on what position Galchenyuk should play and knowing that Andrighetto does not belong on the fourth line. It means trusting young players and accepting the mistakes they will inevitably make, not nailing them to the bench or putting them in the press box.