Admittedly, Montreal Canadiens defenseman Sergei Gonchar probably hasn’t been “released” in the most classic sense of the term in over a decade.

Even then, comparing him to the Kraken, a mythical monster, probably isn’t doing him (or the Kraken) any favors. After all, the Kraken is traditionally depicted as a giant-squid-like creature with dozens of tentacles that can snap up victims without a moment’s hesitation. These days, Gonchar can barely get his two legs working right.

So no one wants to build Gonchar up as being some savior, especially when he won’t be able to deliver in such a capacity. Even so, the Habs, looking to eliminate the Ottawa Senators Friday in Game 5 of their first-round series (7 pm Eastern at home), might just find the offensive boost they need in the 41-year-old defenseman.

While the Canadiens won the first three games of the series, they have done so largely with an ever-dwindling offense. They went from a four-goal Game 1, to a three-goal Game 2, and then a two-goal Game 3. They skipped over one and got shut out by Craig Anderson 1-0 in Game 4.

Seeing as the Canadiens boasted the worst regular-season offense of any playoff team (2.61 goals per game), maybe the only shocker is how well they did without Max Pacioretty, who returned in Game 2 of the series following a concussion. Dating back to the April 5 victory over the Florida Panthers he left in the first period, the Habs scored four goals in each of the games he was out.

That includes the first game this opening-round series, during which the Habs have scored only one power-play goal (16 total opportunities). In fact, special teams seem to be the one battle Ottawa is winning, as they have gone three for 12. However, as the Senators proved on Wednesday night by staving off elimination, this thing isn’t over yet. Montreal can still turn things around on the man advantage.

That’s where Gonchar comes in.

Gonchar to the Rescue

There’s little denying that at this stage of his career, Gonchar is a power-play specialist at best, but he just may have legs fresh enough to contribute. He last played in early April against the New Jersey Devils eight games ago.

With Nathan Beaulieu out for the series, the Habs could most definitely use an injection of offensive poise on the back end. Not for nothing, Gonchar did score 14 points in 48 games this season (Beaulieu, an up and coming puck-moving defenseman, had nine in 64 games).

While Greg Pateryn filled in admirably for Beaulieu in Game 4 in a limited capacity (7:48 total ice time), there could be or maybe should be another opening on the blue line for Game 5 following Tom Gilbert’s blunder that indirectly led to Mike Hoffman’s game-winning goal in the third period. 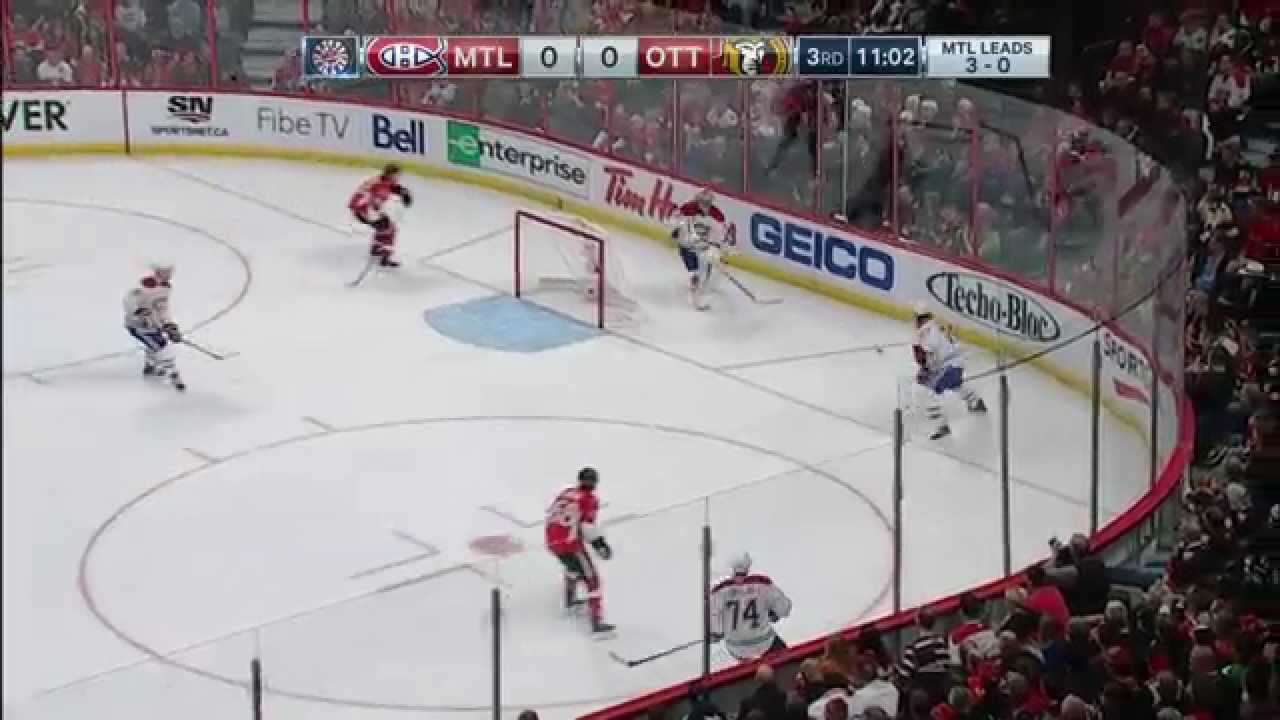 Obviously mistakes happen. However, if the strategy the Canadiens are going to be implementing from here on out is to play rope-a-dope and clear the puck out (instead of carrying it) every chance they get, despite successfully outshooting the Senators by an average of over 10 in the first three games, you really don’t need Gilbert’s added mobility at the expense of, say, Gonchar’s experience.

While the loss was bad enough, what was worse was how Montreal lost, after having collapsed into a defensive shell. The Canadiens were arguably playing not to lose, looking for their trademark opportunistic scoring to get them the sweep when it had gotten them this far up to now.

However, the one key difference between Game 4 and the rest of the season up to that point was that, in Game 4, the Canadiens didn’t have a lead to hold onto. Gonchar can help out in that regard, at least come Game 5, with extra motivation likely to come playing against his former team.

With the Habs still leading 3-1 in the series, there’s no need to panic. After the loss, that seemed to be the Canadiens’ main party line, to stick to the plan. Adding in a potentially calming influence in Gonchar may be just what the doctor ordered.

Really, it’s not rescuing or saving the Habs need at this point (unless it’s from themselves). That being said, a few more goals certainly couldn’t hurt.