Washington Capitals forward Tom Wilson may be getting a call from the NHL Department of Player Safety for this one.

The former first round draft pick (16th overall) hit Florida Panthers defenseman Brian Campbell square in the numbers Thursday night. Campbell had his head driven into the boards and was bloodied on the play.

For the hit, Wilson was given a five-minute major and a game misconduct.

I’m no Burkie, but Campbell was showing Wilson his numbers and didn’t move in a substantial way that altered how Wilson was approaching him. It’s not the ugliest thing you’ll ever see, but it’s clearly a pretty serious boarding play and could earn Wilson a hearing.

Campbell wasn’t injured though, which Wilson will have going for him if he does wind up getting a hearing. Campbell returned to the ice just three minutes later, after Aaron Eklbad had scored to put the Panthers up 3-0.

Florida wound up winning the game 4-1.

Wilson has two goals, five assists and 58 penalty minutes while averaging a career-high 12:11 of ice time through 27 games this season.

Watch the hit below: 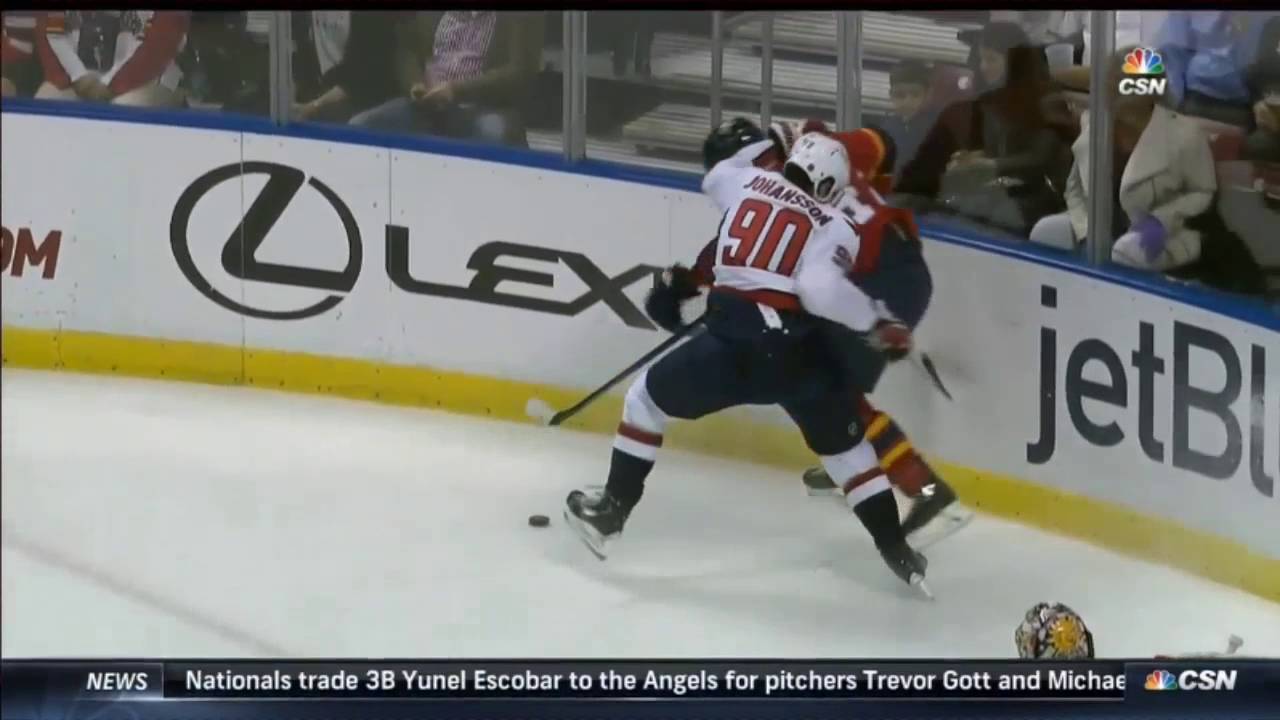 What do you think? Should Wilson get a call on this one?

RELATED: Capitals Keep Winning Thanks to Next Men Up