Make all the Auston Matthews jokes you’d like, the Hurricanes have solid defense and the addition of goaltender Eddie Lack may help get a few more points piled up for the squad in what could be another trying year for fans.

Lack was traded to the ‘Canes from Vancouver back in June and made his preseason debut on Monday night (replete with Swedish Chef helmet).

During his debut, he made a solid case for passing up Cam Ward on the depth chart despite making over $5 million less than Ward this coming season.

Of note was an outstanding save on the Washington Capitals’ Jakub Vrana in the second period Monday. Vrana took a pass while streaking down the center of the ice and managed to make a quick move that should have had Lack beat, but Lack was up to the challenge. 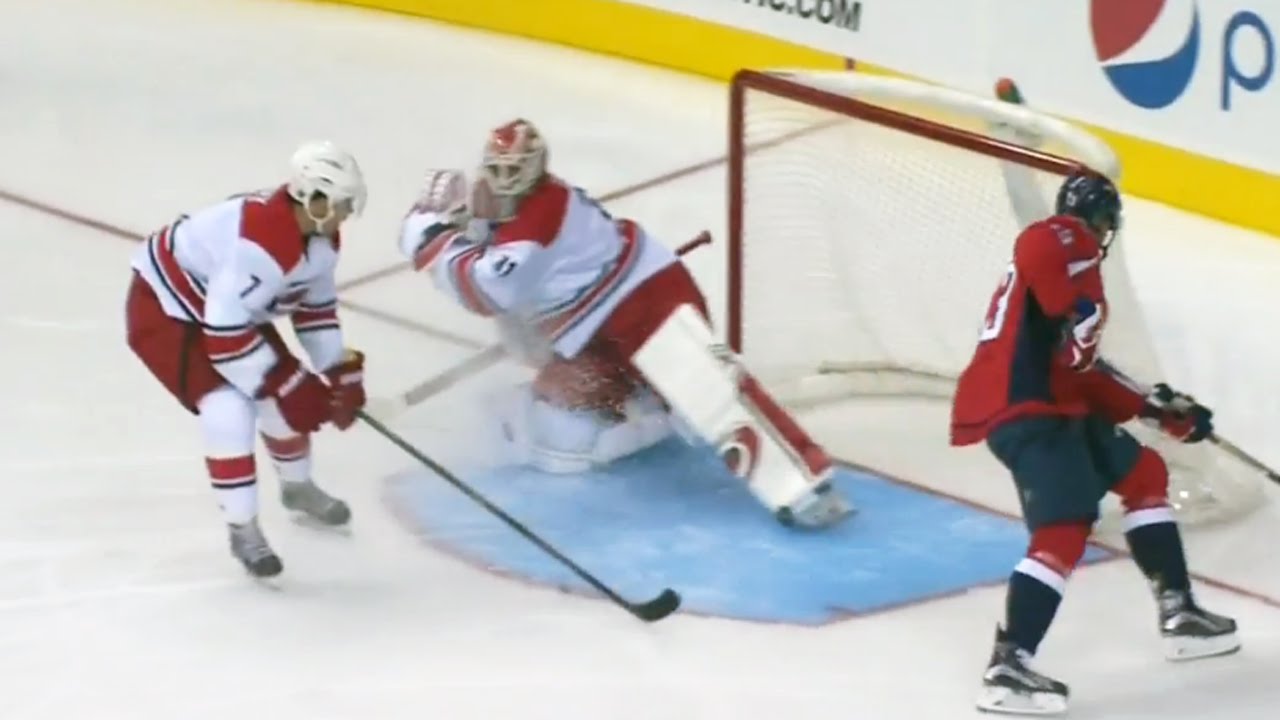 Dan Ellis wasn’t going to be outdone in the toe save department though. Ellis made a nifty save of his own, stretching out to stop a redirected shot that almost trickled in after the initial save, but was grabbed by the quick stick of the 35-year-old netminder.

The Capitals added Dan Ellis for goaltending depth a few days after free agency opened this summer. He joins a crowded crease behind Braden Holtby that includes Justin Peters and Philipp Grubauer.