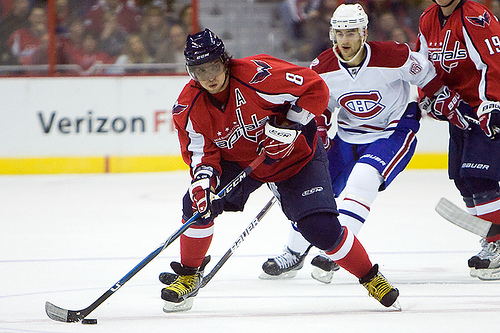 In light of the 2014 NHL Draft, it’s natural to focus on the Washington Capitals’ future. Did the Caps select the best players available, and who are they? Debate away, but it’s evident that the team’s newest prospects are multiple seasons from seriously vying for roster spots. While they could certainly have an impact down the road, the current Capitals determine the franchise’s ability to contend for a Stanley Cup.

We’ve established that the 2013-14 season was one of the Capitals’ worst in recent memory, culminating with a failure to make the playoffs. The team’s shortcomings have been discussed in great detail: poor coaching choices, awful defense, weak 5v5 play – but what about its upsides? Since improvement requires learning from the past, this article is the first of three discussing standout players on the Capitals’ roster. In other words, who are the Capitals’ Three Stars of the Regular Season?

This selection will be controversial for reasons we’ve heard millions of times already: Ovechkin struggles to score at even-strength, he doesn’t try if he’s not in the offensive zone, he’s a coach killer whose selfishness rubs off on his teammates. So on and so forth.

With that being said, there’s another handful of go-to arguments in favor of Ovechkin, most of which revolve around his offensive contributions. He scored an untouchable 51 goals this season. He was a major reason the Capitals’ power play was second-best in the league. He bested many of his teammates in terms of possession on a team whose Corsi-for percentage ranked in the bottom third of the league.

With the above in mind, why does Ovechkin deserve First Star?

First off, let’s consider how we view Ovechkin’s contributions. Relative to his team–and the entire NHL, really–Ovechkin was an offensive superstar. That’s nothing new. Any player with similar stats would be lauded for his offensive prowess. Just look at his stats: 51 goals, 28 assists, 79 points. He had 24 power-play goals and 15 power-play assists.

Bear in mind the 2013-14 Capitals ranked above league average (13th) in goals for, a stat that can be attributed in part to Ovechkin. And of the Capitals’ 225 goals scored, he is credited with a whopping 22.7% of them. If those numbers don’t automatically make Ovechkin a contender for First Star, then I’d love to see which of the Capitals is a natural fit for that title.

You can’t complain about how Ovechkin looks on paper, save for a record -35 plus-minus rating. So allow me delve into advanced statistics, which reveal that his Corsi-for came in at 49.3%, (barely) up from the 49.2% he posted in 2013. It’s also worth noting that number was dramatically up from 47.3% during the 2011-12 season, during which he scored 37 goals.

Let’s go back to this past season. 49.3% isn’t an ideal number, but remember that Ovechkin’s teammates also contribute to his possession performance. Nicklas Backstrom and Marcus Johansson were his most frequent teammates, and they posted Corsis of 49.2% and 48.3% respectively. These three comprised the Caps’ top line, and while their Corsi numbers were above team average–Ovechkin’s and Backstrom’s more so than Johansson’s–they still weren’t stellar, but they were good relative to their teammates as a whole. If their Corsi stats, especially in context, don’t reveal a glimpse of how much the Caps struggled with possession, I don’t know what does.

Shift the focus back to Ovechkin, while still talking Corsi: he improved on an individual level by trending upward from years past, but he also rose above the ranks of other Capitals. From 2011-12 onward, his relative Corsi was steeply below or barely above that of his teammates. But “First Star” measures how a player’s individual accomplishments aided his team. I’d say Ovechkin meets this criteria. The higher the Corsi, the better his performance. He definitely had the production to back this up. 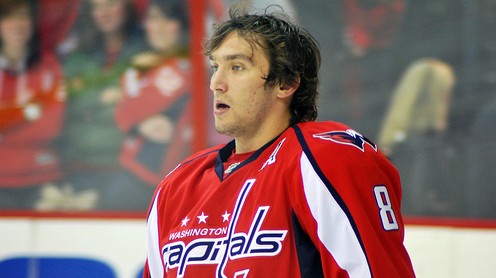 In summary, Ovechkin’s season was one of unbelievable offense, above-average possession on a below-average team, and even-strength scoring difficulties. In short, I won’t herald his offensive production again; doing so would be redundant. Possession is heavily emphasized throughout the NHL, and with good reason. As for a career-worst streak that saw him score zero even-strength goals in 16 games, remember that Ovechkin had Jay Beagle as his center for much of that time. Poor decisions like those can’t be attributed to the player, only his coach.

Could any other Capitals player have achieved or surpassed Ovechkin’s highs while maintaining or mitigating his lows? Absolutely not. He was the Capitals’ best player, and if you don’t believe me, imagine a season without him. After all, I’m only nominating him for Capitals’ First Star, not someone robbed of the Ted Lindsay Award.