The Winnipeg Jets’ American Hockey League affiliate, the St. John’s IceCaps, had a tall order to fill in 2014-15 after making it all the way to the Calder Cup Finals one year prior.

As a team, a lack of offense (183 goals scored, good for 26th in the league) prevented the IceCaps from making the playoffs this season as they ended the year with a 32-33-9-2 record and 75 points, 12 points shy of the final playoff spot in the East.

But that’s not to say there aren’t players on that squad worth keeping an eye on as potential Jets rookies for 2015-16.

After a stellar university career with UMass-Lowell, Hellebuyck didn’t miss a beat in his first season in the pros. He was a workhorse between the pipes and led the league in minutes played (3331:41) and saves (1666), finished second in wins (28) and ended the year with more-than-respectable numbers in both save percentage (0.921%) and goals against average (2.58).

If not for the silly, record-breaking season by the Penguins’ keeper Matt Murray (1.58 GAA, 0.941 SV%, 12(!) shutouts), Hellebuyck was a likely candidate for the league’s top rookie honours.

The Commerce, Michigan native is still very green at 21 years old and is likely a few years away from being a regular in the NHL but if his performance to date with the United States in the IIHF World championship (4GP, 0.75 GAA, 0.966 SV%, 1 shutout) is any indication of his potential against the best players in the world, he may be ready to don a Jets jersey sooner rather than later.

While the Jets’ AHL team as a whole had trouble finding the back of the net in 2014-15, putting up career offensive numbers didn’t seem to be a problem for IceCaps rearguard Will O’Neill.

The pride of Salem, Massachusetts, O’Neill set IceCaps franchise records for most points by a defenseman (10G, 38A, 48PTS) and led the team in scoring, the first time a blueliner has accomplished that feat in team history.

Not the biggest guy in the world at 6’1, he makes up for it with great offensive instincts and a tireless work ethic. A self-described rink rat, O’Neill has developed a reputation as a great worker, supportive teammate and is almost always the last guy off the ice during team practices.

The 210th overall pick by the Atlanta Thrashers in 2006 is not under contract for the 2015-16 season but after his performance this past season, don’t be surprised if Kevin Cheveldayoff not only re-signs the 27-year-old, but gives him a shot in the bigs. 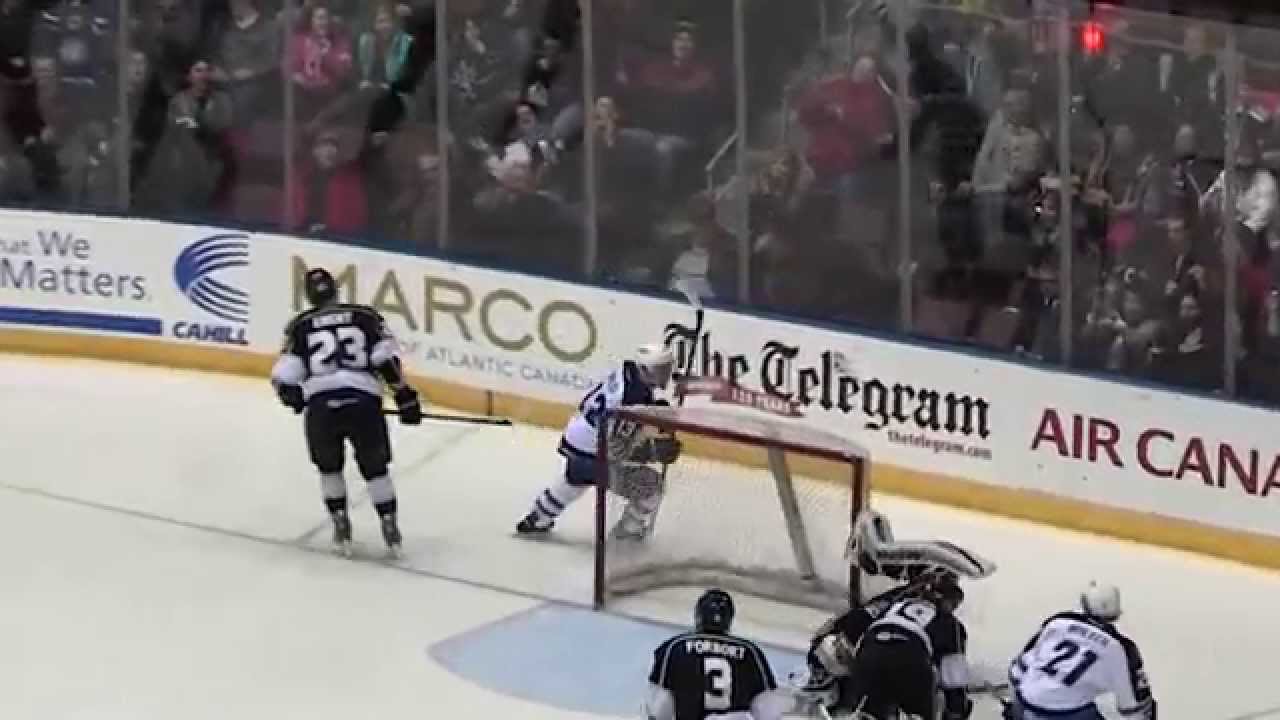 While his rookie AHL numbers may not necessarily be the most impressive ever recorded (70GP, 14G, 14A), Kosmachuk may be next in line for a Jets roster spot because of the raw skill he possesses.

Kosmachuk may very well have the best shot among players in the organization not playing for the parent club and his 6’0, 189-lb frame allows him to play a strong game at both ends of the ice.

Over the course of the 2014-15 season, Kosmachuk emerged as a true competitor and played with a driven, testosterone-fueled energy that went unmatched by teammates and opponents on most nights.

At 21 years of age, he too may have to spend a little more time in the minors before cracking the Jets lineup full time but with his positive approach to the game and his competitive nature, don’t be surprised to see ‘Kossyboy’ be the first to get a phone call when the Jets need an extra forward.