How Did the Washington Capitals Coaches and Management Perform in 2013-2014? 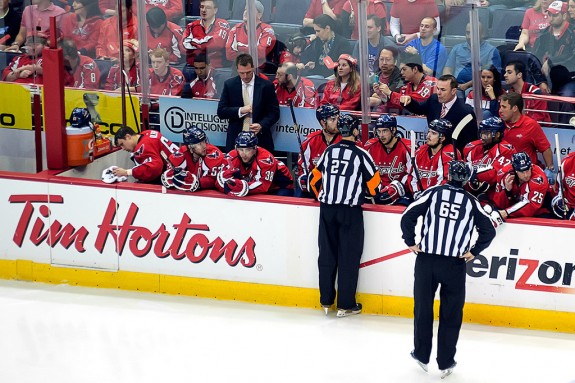 Since Part Three will not be covering any Capitals current players, the format of the Report Card will change a little bit.  All coaches and management will be lumped together and given a grade as a group.

Just like in grade school, the two groups of “Coaches” and “Management” will receive a letter grade of A-F and an analysis of how they performed.

Adam Oates, Calle Johansson, Blaine Forsythe
Grade: D
Analysis: The Capitals coaching staff had a rough season with the Washington Capitals.  It seems that they could not find an consistent identity for the Capitals throughout the season.

The bright spot of the coaching staff was helping the Capitals powerplay out.  They were tied with Pittsburgh for the top rated powerplay in the NHL at 23.4% effectiveness.  Unfortunately, the Capitals penalty kill was less than impressive and was ranked sixteenth best on the circuit in 2013-2014.

The one big area where the Capitals struggled in this season was shots for and shots against.  This writer is unsure what some of Adam Oates’ ideologies were for his game plan, but “shooting the puck” was definitely not one of them.  The Capitals were ranked twenty-first in shots for per game.  The even more disturbing statistic was that the Capitals were ranked fourth worst in the regular season in shots against.  The only teams that gave up more shots against per game were Toronto, Ottawa, and Buffalo.

Another major area of concern was the Capitals and puck possession.  Their puck possession was ranked twenty-fifth during the regular season.  It is a significant statistic that is not seen by many people.  Puck possession is an important thing to have in today’s NHL.  The more a team has the puck on their stick, the better chance they have to score goals or prevent any goals from going against them.

This writer was less than impressed with Adam Oates’ performance as head coach.  The negatives clearly outweigh the positives in his short tenure as Capitals head coach.

Oates and his staff failed to motivate the Capitals to play on several occasions.  The reasons why for this are simple: poor hockey scheme and poor personnel decisions.  Oates is not a good evaluator of the talent he has on his roster.  For example: Placing Dustin Penner on the fourth line does Dustin Penner no good.  Penner should be in the top six, or better yet, on the top line.  Penner’s size and control of the puck could have stabilized the Capitals’ top line and Penner could have opened the ice up a bit for Alex Ovechkin.  Another example – Placing Jay Beagle at the centre position and making him Alex Ovechkin’s linemate is a bad idea.  They are two totally different calibers of players and are best suited for two different roles.  Jay Beagle cannot match the offensive output as Alex Ovechkin, while Ovechkin should not take the defensive draws and play the grinders game.

This writer was not a fan of Oates’ poor personnel decisions and motivation tactics.  This writer could not understand what Adam Oates tried to accomplish.  Did Adam Oates have a counter punch in many of the big games he coached in?  Did the players ultimately believe in Adam Oates? 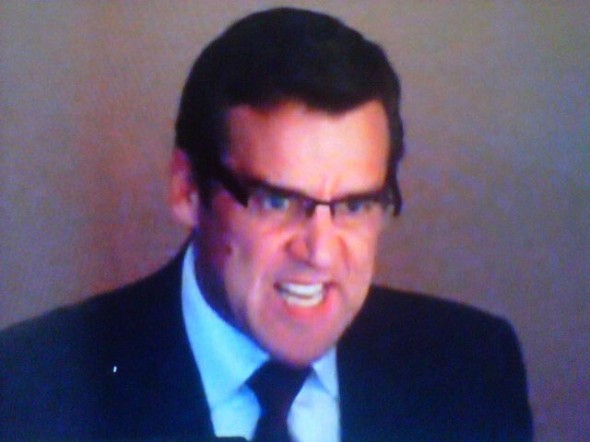 This writer will hand it to George McPhee.  He gave it a good run and was very loyal to his core players.  He battled his way having very poor clubs and did build the Capitals into a contender at one point.

McPhee has had a very good core to work around since the mid-2000s.  With the likes of Alex Ovechkin, Nicklas Backstrom, Mike Green, and Braden Holtby, he has had some solid core pieces to work around.

Where McPhee has not succeeded at is building a quality supporting cast around his core players.  He has tended to not try and make his rosters complete.  For several seasons, the Washington Capitals went without a consistent #2 centreman and McPhee did not find a long term solution to that specific void in the roster.  Centres like Brendan Morrison, Jason Arnott, Marcus Johansson, Tomas Fleischmann, and Mikhail Grabovski have all attempted to fill the void over the past several years.

Most Capitals fans are familiar with the holes on the blueline that have haunted the club for many years too.  The Capitals have needed a top four defenseman who can play strictly defense for a long time.  Defensemen like Roman Hamrlik, Scott Hannan, Jeff Schultz, Joe Corvo have come and gone for the Capitals and did not stick around for the long term.

Has McPhee established some good building blocks for the Capitals organization?  Yes, he has done some very good things.  He always kept his cards close as the Capitals general manager and was very quiet on what his maneuvers to the roster would be.

This writer feels that if McPhee filled out his roster a little bit better with more NHL caliber players, he would still be the general manager in Washington.  His lack of aggressive maneuvers and some questionable maneuvers for the club did not help his cause.

Great NHL general managers know how to fill a majority of the holes in their roster.  Good NHL general managers know how to build a good team, but cannot find a way to make it complete.  McPhee was a pretty good general manager for the Capitals, but he was not great.  This Capitals team can still become successful in the future with the current group.  Alex Ovechkin has proven himself in the NHL Playoffs and is not the reason for the Capitals failures in the postseason.  But Alex Ovechkin needs help behind him.  Hockey is a team sport, and to have the best chance at winning the Stanley Cup, an NHL club must have the most complete team.  All playoff contenders are deep clubs in various aspects of their organization.  Unfortunately for the Capitals management, the holes in the roster were too much for the Capitals to re-enter the postseason fun.

Thanks for tuning in to the Capitals Report Card!  Hope you have enjoyed the three-part series!