Next month, the world’s best hockey players and personalities will gather in San Jose for the 2019 NHL All-Star Game. The NHL’s annual showcase will return to the Bay Area for the first time since 1997, when then-Sharks forward Owen Nolan famously called his shot on a breakaway against Buffalo’s Dominik Hasek.

Since then, the All-Star Game has evolved with the NHL. This year, the format will again be the four NHL divisions competing in three-on-three games, in which speed and quick transitions dictate the contests. Plus, you get an occasional two-pad stack to remind us that goalies are part of the weekend as well.

So with the holidays closing in and the All-Star Game around the corner, let’s take a look at which NHLers could be representing their team at the festivities in San Jose. And remember, every NHL team must have a representative at the game.

Voting is still underway for the All-Star Game captains. These players and their coaches will be the face of their division throughout the weekend. Before the polls close on December 23, be sure to cast your vote for the 2019 team captains.

Last year’s runner-up, the Atlantic Division, will look to get over the hump with some familiar faces leading the squad – Jack Eichel, Nikita Kucherov, and Carey Price just to name a few. Once again, the Tampa Bay Lightning and Toronto Maple Leafs boast strong teams and could send a few great players to San Jose, but not who you would expect.

Steven Stamkos and Auston Matthews bring the star power, but Brayden Point and Mitch Marner have been outstanding for their teams and deserve recognition. Their playmaking abilities and speed are perfect for the three-on-three All-Star Game format.

Oddly, the Metropolitan Division does not boast as many All-Star caliber goalies as in year’s past. Cory Schneider and Matt Murray have both missed time with injuries. The Philadelphia Flyers and Carolina Hurricanes have employed a handful of goalies and Sergei Bobrovsky just hasn’t been the same goalie for the Columbus Blue Jackets this year. Only Braden Holtby and Henrik Lundqvist stand out as “deserving” selections. 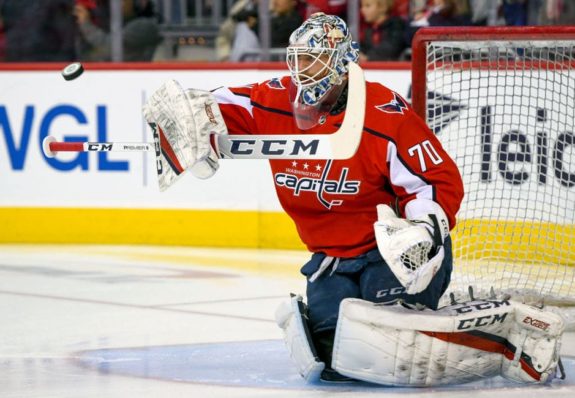 Braden Holtby has been the Metropolitan Division’s best goalie so far. (Photo by Mark Goldman/Icon Sportswire via Getty Images)

Up front, it’s more of the same, with Sidney Crosby and Alex Ovechkin leading the way. The Hurricanes’ Sebastian Aho deserves to receive the nod as well after Noah Hanifin was chosen for last year’s game.

The Central Division can score. All three lines are lethal and should give the Pacific Division a run for its money as “best in the west.” Nathan MacKinnon and Mikko Rantanen, in particular, have figured in just about every goal the Colorado Avalanche have scored this season. 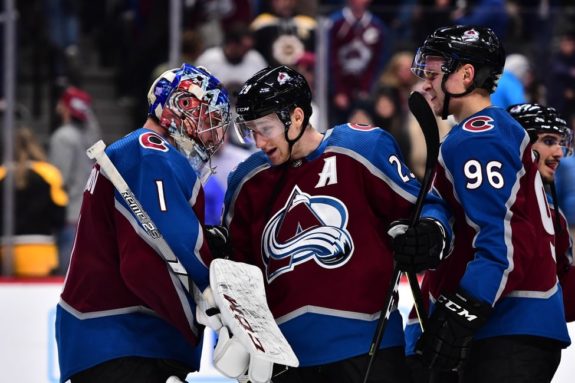 How many goals will Nathan MacKinnon and Mikko Rantanen combine for in San Jose? (Ron Chenoy-USA TODAY Sports)

In net, Pekka Rinne and Ben Bishop are perfect fits for the Central Division. Rinne has been a monster for the Nashville Predators and will likely contend for another Vezina Trophy by season’s end. The Dallas Stars’ Ben Bishop excels at stopping high-danger shots – just about the only type of shot he’ll face during the tournament.

Related – Unbreakable Records: The Blues and the 1978 NHL Draft

After Connor McDavid and Elias Pettersson combine for a dozen goals in the three-on-three tournament, expect the Pettersson-to-the Edmonton Oilers rumors to take off. That was the case last year in Tampa Bay, when Erik Karlsson formed quick chemistry with Steven Stamkos and Nikita Kucherov. 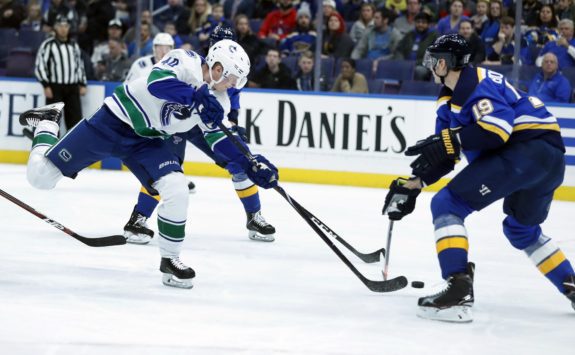 San Jose should also see a few of their hometown players join in on the festivities. Joe Pavelski could be flirting with 40 goals this season and Logan Couture is up there in scoring as well. Plus, you can’t have a colorful All-Star weekend without Brent Burns being himself.