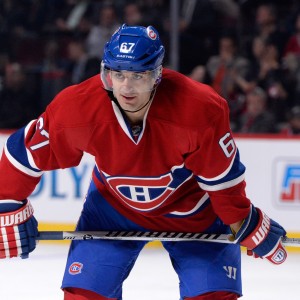 There is no polite way to put it. This Montreal Canadiens season has been nothing short of a nightmare. However, just like nightmares double as a workout by waking you up in a cold sweat early and let you get more done with your day as a result, so too is there a silver lining around these disastrous past six months.

Here are the top five ways this season can still be salvaged.

Seven points out of the final wild-card spot, the Habs are still mathematically in it heading into action Thursday night. And, if they somehow manage to go on a run to make the playoffs, you can bet on fans everywhere forgiving and forgetting all of the misery of this past season in a hurry.

Nevertheless, let’s not kid ourselves. They have five teams at least to get over in order to make them, each of them being more likely to reach the postseason by the skin of their teeth. At this point, it would take a resurrection of biblical proportions for them to make it. There’s just not enough room in early April for another.

While it’s highly unlikely, the Canadiens do remain in the hunt for a lottery pick. Considering all 14 non-playoff teams get a shot at winning the No.1 pick according to the new rules, they arguably have more of a shot at first overall than making the playoffs, with just a 2.4% chance at the latter as of Wednesday.

That’s curiously both depressing and uplifting at the same time. However, a cold dose of reality nevertheless indicates the Canadiens still have to fall much further for a top-five pick, as they are currently in position for a 22nd-place finish.

If the status quo remains, it will likely be several years at least before fans know just how well the Habs’ eventual first-round pick this summer pans out. At that point, this season will probably be nothing more than a distant memory. One can hope anyway.

Now we know definitively just how reliant the Canadiens are on Carey Price.

While a great deal of the Habs’ struggles can be traced back to bad puck luck, the fact that Mike Condon earned the Molson Cup for the months of January and February with just a .904 save percentage is indicative of two things:

2) How much more depth the Habs need, if a back-up goalie posting mediocre numbers is able to win what essentially amounts to a team MVP award

There are plenty of lessons to be learned from this horrific season, but that is by far the most important one. And now the onus is on general manager Marc Bergevin, for real this time, to build an actual contender from the net out.

#Habs Bergevin: "All the critiques should be directed to me… It's on me, only." Michel Therrien and the players "are not going anywhere."

There is a case to be made that head coach Michel Therrien won’t be fired. Unfortunately, it’s just not a very good one that he shouldn’t be.

Sure, losing the league MVP explains in large part why the team fell of a cliff in terms of performance. In spite of the fact that injuries should never be used as excuses, it still doesn’t explain why the Canadiens have developed a reputation for being a great regular-season team and a mediocre postseason one under Therrien.

That’s up to now, obviously. Focusing on just the playoffs though, even though they have two straight second-round appearances—including one Eastern Conference Final—under their belt, they have nonetheless been embarrassed in the three straight games in which they were eliminated, all with Therrien behind the bench.

No one’s expecting a Stanley Cup every year, but losing those three games by a combined score of 11-2 to the Ottawa Senators, New York Rangers and Tampa Bay Lightning? It’s a sign Therrien’s teams run out of gas by the end of each season… that or the Habs just don’t listen to him anymore by the end. Rumors of him having lost the room this season imply they don’t listen to him anymore period.

Add in questionable coaching decisions surrounding the deployment and ice time of specific players and there’s no question Therrien is a less-than-ideal head coach. He’s not a bad one, just one with which this group of players will never win a championship, in spite of a roster with elite players in their respective primes at each position.

The Habs may need more depth, but more than that they need a coach who knows what to do with it instead of regularly playing grinders on the top lines.

More proof that Therrien might need to go stems from the handling of Alex Galchenyuk.

Sure, one, i.e., Therrien, can say bringing along Galchenyuk slowly was all part of the plan. He can also insinuate his heavy-handed approach is what has helped him develop into the player he is right now. From a defensive standpoint, that may be a little true.

However, from an offensive one, even though Galchenyuk has scored nine goals in his last seven games, it flies in the face of conventional wisdom. Especially when Therrien goes on to at least imply it’s important for Galchenyuk to maintain his current level of play for him to keep his position on the top line.

Said Therrien in the same interview: “It’s very important that he focuses on being a dominant offensive player… in the past he’s had some good sequences for two or three games, and then after that it’s become a bit more difficult. But over the last month he’s been able to maintain the quality of play we’re looking for.”

The fact is Galchenyuk was always productive, regardless of where he was playing. His overall production was all dependent on the amount of ice time he was getting.

Granted, he’s never been as productive as he is now, but no one can realistically expect any player to keep up that pace.

I mean, no one, Therrien included, should expect a player like fellow-center David Desharnais to be that productive. Nevertheless, there is this cloud over the team that seems to foreshadow a shift to the wing once the former returns from injury and Galchenyuk goes two straight games without scoring a point.

Galchenyuk has made it abundantly clear that he belongs at center. If nothing else, that should be the main takeaway from this season, because it gives the team that ever-elusive No. 1 center for which fans have been searching for decades.