Notre Dame defenseman Andrew Peeke has enjoyed an amazing ride in his hockey career over the last year.

After completing a great season for the USHL’s Green Bay Gamblers, Peeke experienced firsthand the moments leading up to the NHL Draft in Buffalo. He attended the NHL Combine and got to meet with several teams. Then on a summer morning also in Buffalo, he realized his dream. 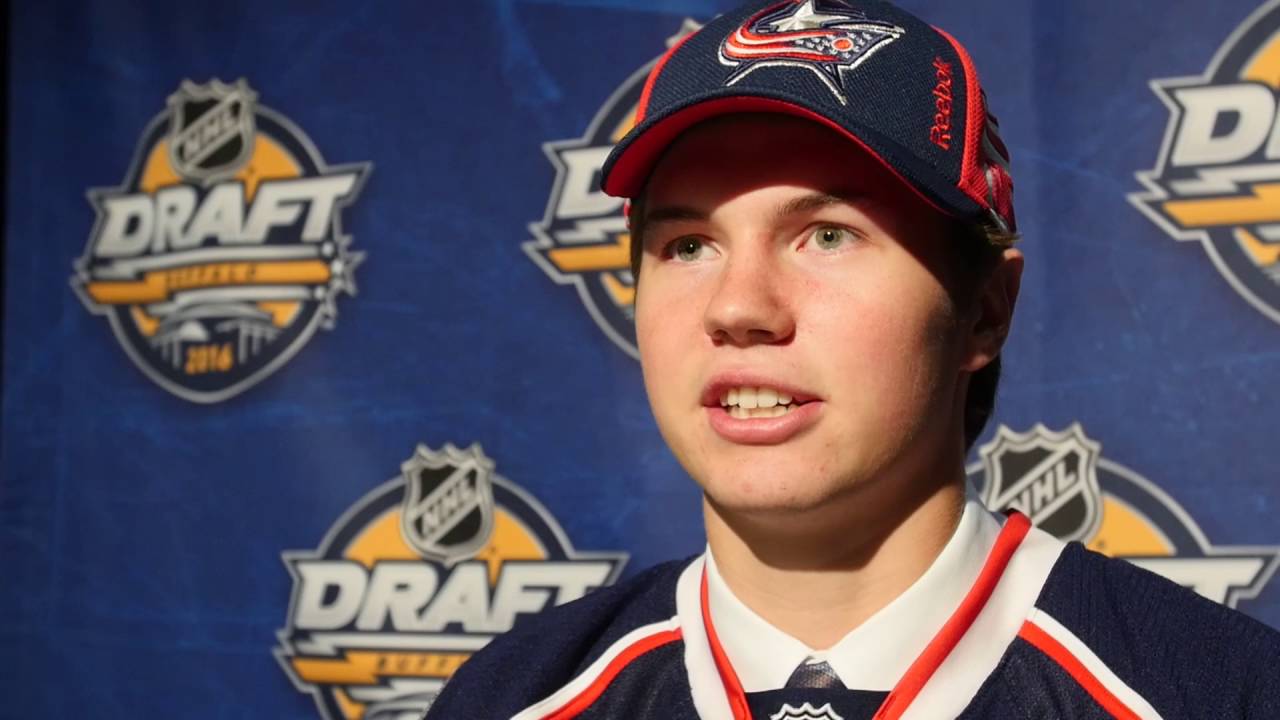 All those years of traveling between Florida, Wisconsin and Connecticut paid off in the best way possible. An NHL team called his name.

And it gets better. Peeke then enrolled at Notre Dame and turned in an excellent freshman season. With 14 points in 40 games in his début season for the Fighting Irish, the Monogram Club named Peeke their rookie of the year.

Now as a sophomore, Peeke is part of an Irish team that is 16-3-1 overall and looking to make noise in the NCAA tournament. This Christmas however, he got the greatest present one could ask for. He will represent Team USA at the World Junior Championships. Once again, a big moment in his life happens in Buffalo.

Peeke Reflects on His Year

Peeke was kind enough to spend a few minutes with us after Team USA’s exhibition game in Erie. We first looked back at his incredible year from realizing his hockey dream to looking ahead to the World Juniors. Was this all a dream come true for him?

When we spoke, Team USA still had roster decisions to make. Was he confident he did enough to earn a spot?

“I mean, you always want to be confident in everything you do. I think I’ve done enough this week and at camp and showed the type of player that I am and just doing the things that I played to my strengths to deserve to be on this team. It’s obviously going to be nerve-wracking but obviously hoping for the best and staying confident.”

Andrew Peeke has been named to Team USA's roster for the upcoming IIHF World Jr. Championship in Buffalo!

We then turned our attention to his development and what the Blue Jackets have said to him. What do they want him working on? What does he do to improve? He addressed both things.

“To continue working on my two-way game, more on my skating and my shot from the point. You see how fast the game is getting today with players like McDavid, guys like that. Just being able to keep up with them and skate with them is so important these days. They’re in no rush to get me there. I want to continue to develop at Notre Dame. It’s good so far.”

And what does Peeke do to work on his offense?

“Usually every week, I go out on Tuesday morning with one of my assistant coaches and we just work on puck skills. We on shooting in all types of situations, whether it’s catching a pass on my backhand, taking one-timers, just doing the little things like that every week has just benefited me a lot.”

We ended things on a light note. Peeke is from Parkland, Florida. Many more players these days have come from Florida. I asked him about the state of hockey in Florida and if the development is getting really big.

“Yeah definitely. Just having the Tampa Bay Lightning and Florida Panthers is awesome for the Florida community. Also seeing guys like (Auston) Matthews and (Jakob) Chychrun being from Arizona and Florida and it’s just awesome being able to see the development of south Florida and other areas from around the world.”

Peeke is loving life. He will try to help Team USA defend their gold medal in Buffalo. Afterwards he will look to help the Fighting Irish advance deep into the NCAA Tournament.

The Blue Jackets aren’t in any rush to get Peeke to Columbus. He’s developing and that’s all they ask for. We wish Peeke and the rest of Team USA the best of luck in Buffalo. We thank him for his time in talking to us.