The biggest news item to come out of the NHL this offseason is that on July 1 the Toronto Maple Leafs signed John Tavares to a seven-year, $77 million dollar contract. The center of the hockey universe was and is now the most talked about franchise in the league as a result.

Given that it is Toronto, a city known for rampant and often unfounded media speculation about the Leafs, it was no surprise when the Toronto media started to create negative storylines around the Tavares signing, mainly regarding Auston Matthews’ perceived but unproven unhappiness with the Leafs’ marquee signing.

Now that Tavares has joined the Leafs would he be named the captain at Matthews’ expense and would this upset Matthews or stifle his growth? Does Matthews even want Tavares on the team? These are just some of the negative questions the media decided to drum up, because, well, it’s Toronto. Here are some facts instead:

Tavares Will Lessen The Pressure On Matthews

Despite being one of the most talented and explosive players in the league, Matthews is still just 20-years-old. If Tavares is eventually named the Maple Leafs captain, maybe that would be a blessing in disguise for the still developing Matthews.

Matthews will have the benefit of playing the next seven years (assuming Tavares stays throughout his contract) without the pressure or scrutiny given to team captains. Also, Matthews will have the opportunity to learn from Tavares who was the Islanders’ captain for the past five seasons. The best move would be to slap an A on Matthews’ sweater and let Tavares carry the captain’s mantle.

In early July Bruins legend and Hall of Famer  Bobby Orr spoke to TSN while at the Staal Foundation Open in Thunder Bay, Ontario. Orr, who is the president of the player agency that represents Matthews said, “That’s bull about [Matthews] being upset about the captaincy. They’re a good team and they’re going to be a very good team. John puts them closer to their goal. That’s what Auston is concerned about.”

It’s a fair point, as Tavares’ signing does put the Leafs closer to a Cup, at least on paper, and like any player, that should be his primary concern.

Adding Tavares also reduces the pressure on Matthews to produce. Sure, he will still be expected to produce 50 to 60 plus points in the upcoming season but now Tavares, who notched 84 points last season, will lessen the load on Matthews, Marner and Nylander. Tavares along with the depth the Leafs have added at forward and center creates one of the most exciting forward cores the Leafs have ever had.

Matthews Spoke To Tavares Before His Decision

A few weeks ago at a reception for Mitch Marner’s charity All-Star Invitational, Matthews was asked if he had spoken to Tavares prior to the signing and, as shown below, Matthews played his small part in recruiting Tavares.

Matthews said, “I just wanted to talk to him on the phone briefly and, obviously, let him know we’d love to have him and that he’d be a great fit on the team.” The video also indicates that the young Leaf has no qualms over the captaincy, stating that it’s not his decision to make. 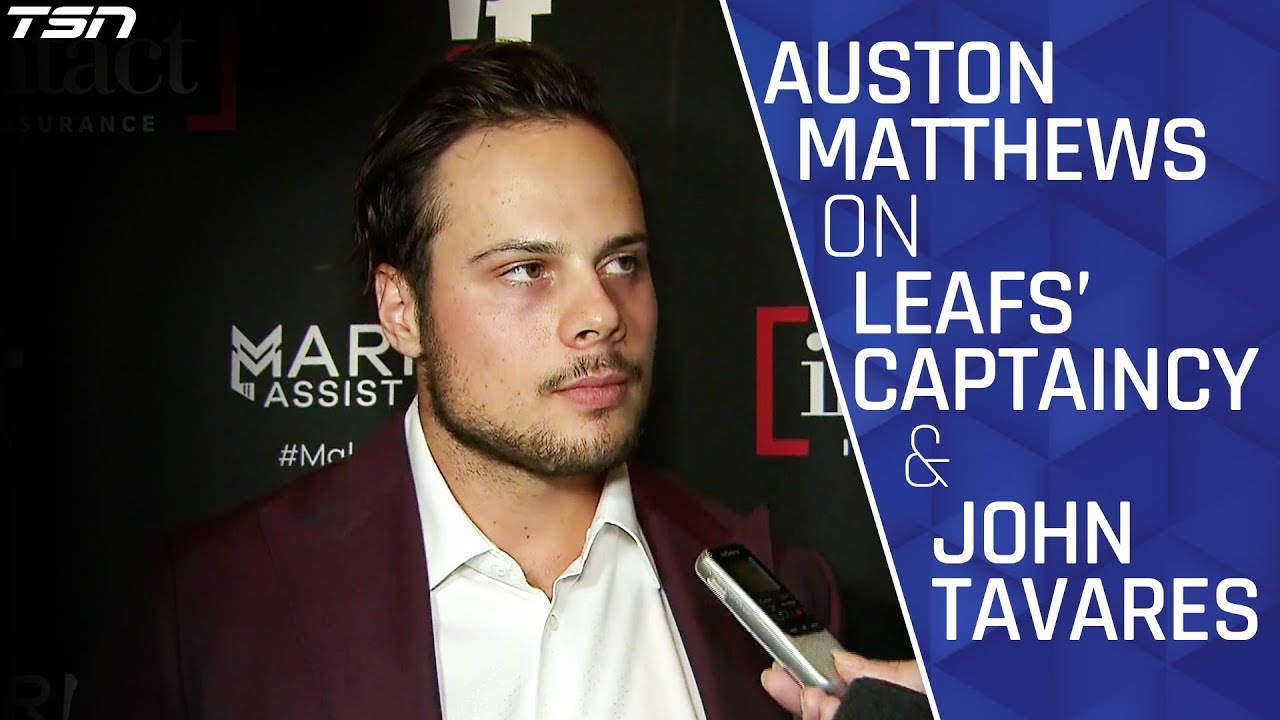 Matthews, his teammates and the Leafs organization and fan base should be nothing but ecstatic at Tavares joining the team. He puts the Leafs that much closer to a Stanley Cup by arming them with arguably the most explosive offense in the league. Now all they need is a top-four defenceman (maybe the Blues’ Colton Parayko) and they’ll be unbeatable.