It seems former New Jersey Devils coach, Peter DeBoer, is set to become the next coach for the San Jose Sharks.

News broke Wednesday morning with the above tweet from ESPN’s Pierre LeBrun. This sparked a large number of Sharks fans to comment with their opinions of the potential hiring, many of them being pessimistic.

DeBoer holds a 205-183-70 coaching record in the NHL. While this may sound subpar, this was achieved by being the bench boss for the Devils and a bad Florida Panthers team. That is not a terrible record factoring in some of the rosters he had to work with.

He also made it all the way to Stanley Cup Finals in 2012, where his Devils squad lost to the dominant Los Angeles Kings.  DeBoer brought New Jersey farther than any coach has ever brought the Sharks, which is a feat that some can take a bit of comfort in. 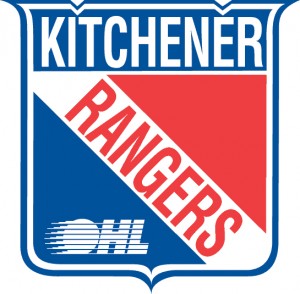 Prior to coaching in the NHL, the Dunville, Canada native coached in the Ontario Hockey League. During his stint leading those developing players, he won the Coach of the Year award twice and took the Kitchener Rangers to the Memorial Cup.

He was also one of Todd McLellan’s assistant coaches for Team Canada at the 2015 IIHF Worlds in the Czech Republic.

Yesterday, I discussed the qualifications for the perfect coach of the San Jose Sharks. I declared that the new team leader could not have a negative past with the team, had to have prior success, and had to get the best out of his players.

DeBoer has no historical relationship with the team and therefore passes the first test; he has not had any serious conflict with the organization in any way. This is unlike another candidate, Adam Oates, who brutally called out Tomas Hertl after the young Czech’s four-goal game. Having someone like that behind the bench would only further poison the dysfunctional Sharks.

Let’s all admit something here: you may or may not like DeBoer, but at least it was Oates (or Tortorella).

In terms of prior success, he may not have a Stanley Cup ring but he has made it to the Stanley Cup Finals. The 46-year-old did this as the number-six seed in the East and may have had better luck if his team didn’t have to face a club that had won the first three games of every playoff series.

Also, the head coach transformed the Devils that year and made them a competitive team. In 2010-2011, the east-coast franchise earned only 81 points in the regular season and missed the playoffs altogether. After DeBoer took over the following year, they registered 102 points and were just two wins away from the Stanley Cup.

Once he began coaching the Devils, he immediately got the most out of names like Zach Parise and Adam Henrique, both of whom played vital roles in the club’s success that year. Maybe he will be able to reignite Patrick Marleau or get a struggling Matt Nieto scoring again.

Though many Sharks fans may not like the hiring, he is not a terrible person to have as a head coach. He met almost all of the prerequisites I set on Tuesday for the coaching job and, considering there were many worse options out there that Doug Wilson could have picked instead, DeBoer is a decent pick.

I would have preferred Dan Bylsma to take over McLellan’s role, but the organization’s apparent selection looks to have been the second best choice out there. Few men have achieved what he has done over his career.

Next season will be very interesting. Will DeBoer turn the Sharks around? Will Doug Wilson let his new coach do his job without interference? Will this change the leagues perception of San Jose? We will find out in October.