After a difficult start for the franchise in the Canadian Women’s Hockey League they appear to be on an upward trajectory to competing for the 2015 Clarkson Cup. There are many reasons to be excited moving forward, but before you know where you are going you must look back at where you have been.

The CWHL began their first season in 2007-08 with seven teams in competition. There were teams based on Ontario and Quebec, however there were no teams west of Toronto. Different franchises would come and go throughout the next four seasons leaving only Boston, Brampton, Burlington, Montreal and Toronto in the CWHL.

By the time the 2011-12 season rolled around the Canadian Women’s Hockey League had expanded to six teams. The first western Canadian franchise was brought into the league under the generic Team Alberta label. In some circles the team was referred to as the Alberta Honeybadgers, however this was never the official name from the CWHL.

That first season saw Team Alberta don blue jerseys with yellow striping and the stipulation that they would only play a 15 game schedule with each of their wins counting for four points in the standings. This was done to combat the costs and challenges associated with travel as the closest team to Alberta was Toronto. As well the players had full time or part time jobs throughout the week, making only weekend games possible.

They would finish with a record of just five wins in 15 games placing them fifth in the CWHL. For the 2012-13 season the Burlington Barracudas franchise was folded to make the league more competitive and Team Alberta would play the full 24 game schedule for the first time.

Their fortunes did not improve much that year winning only three of their 24 games in just their second season. 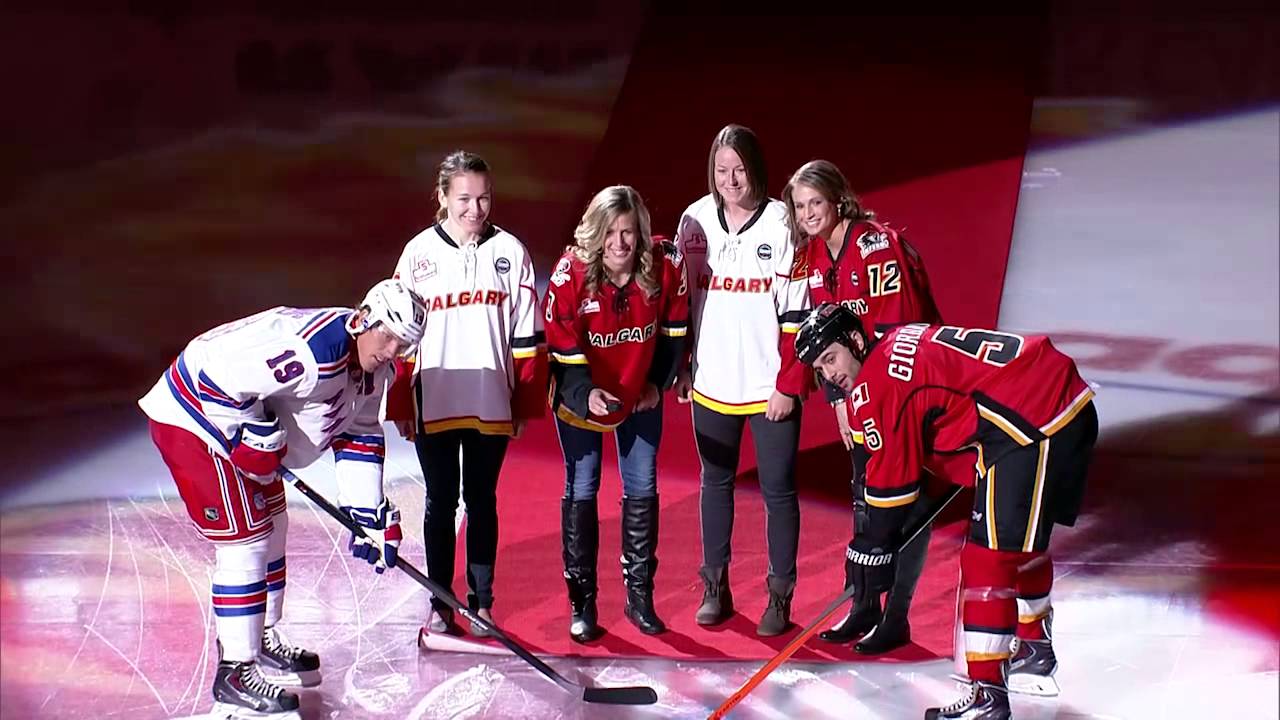 This past 2013-14 CWHL season saw Team Alberta sign a sponsorship deal with the National Hockey League’s Calgary Flames. They also finally pick a name for their team and became the Calgary Inferno complete with fresh jerseys in the Flames colors.

They also received a tremendous boost when they hired a new head coach with a great deal of experience. Tim Bothwell was hired in time for the 2013-14 CWHL season and he led the Inferno to twelve wins in 24 games, good for third place and a big improvement over their second season.

Between 1978 and 1989 Tim Bothwell played 502 NHL games with the New York Rangers, St. Louis Blues and Hartford Whalers scoring 28 goals and 93 assists to go along with 382 penalty minutes. After his playing career was over he spent from 1990-1992 as head coach of the Western Hockey League’s Medicine Hat Tigers. He then moved onto the posting of head coach in the now defunct International Hockey League for the Phoenix Roadrunners. His last stop before the NHL was coaching the University of Calgary men’s hockey team.

After that he was an assistant coach with the NHL’s Atlanta Thrashers from 2001 to 2003. After the NHL he moved into coaching Women’s Hockey with the Canadian National Team and the University of Vermont from 2006 to 2012.

Tim Bothwell was an instrumental part of the Calgary Inferno’s success this past season. I am sure his players would love to have him back in the fold next year. 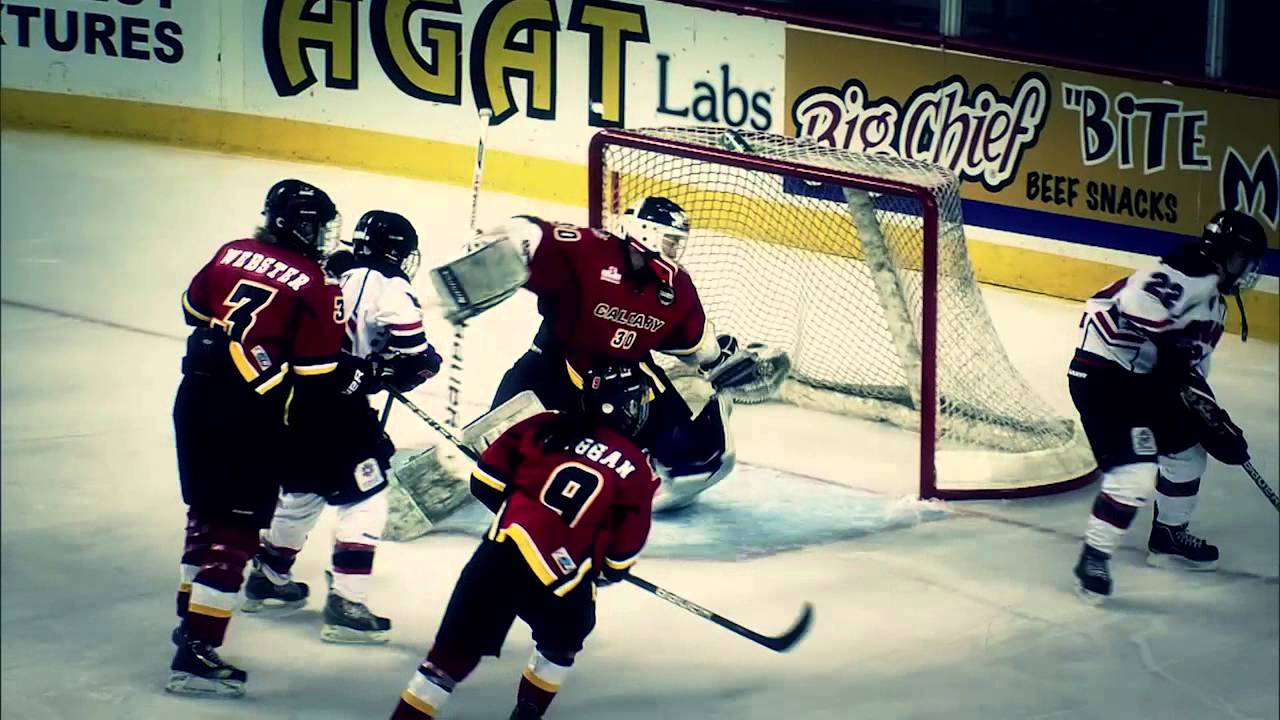 Disappointment at the 2014 Clarkson Cup

Despite a successful regular season the Calgary Inferno would take their lumps at the Clarkson Cup tournament. They lost all three of their round robin games while scoring eight goals to the opponents 14 markers. They were also outshot by a margin of 68 to 80 during the tournament.

Despite the disappointment this season brought a great deal of growth to the franchise both on and off the ice. With players like Danielle Stone (15 goals, 24 games), Julie Paetsch (13 goals, 24 games) and Jenna Cunningham  (11 goals in 18 games) gaining good experience moving forward. 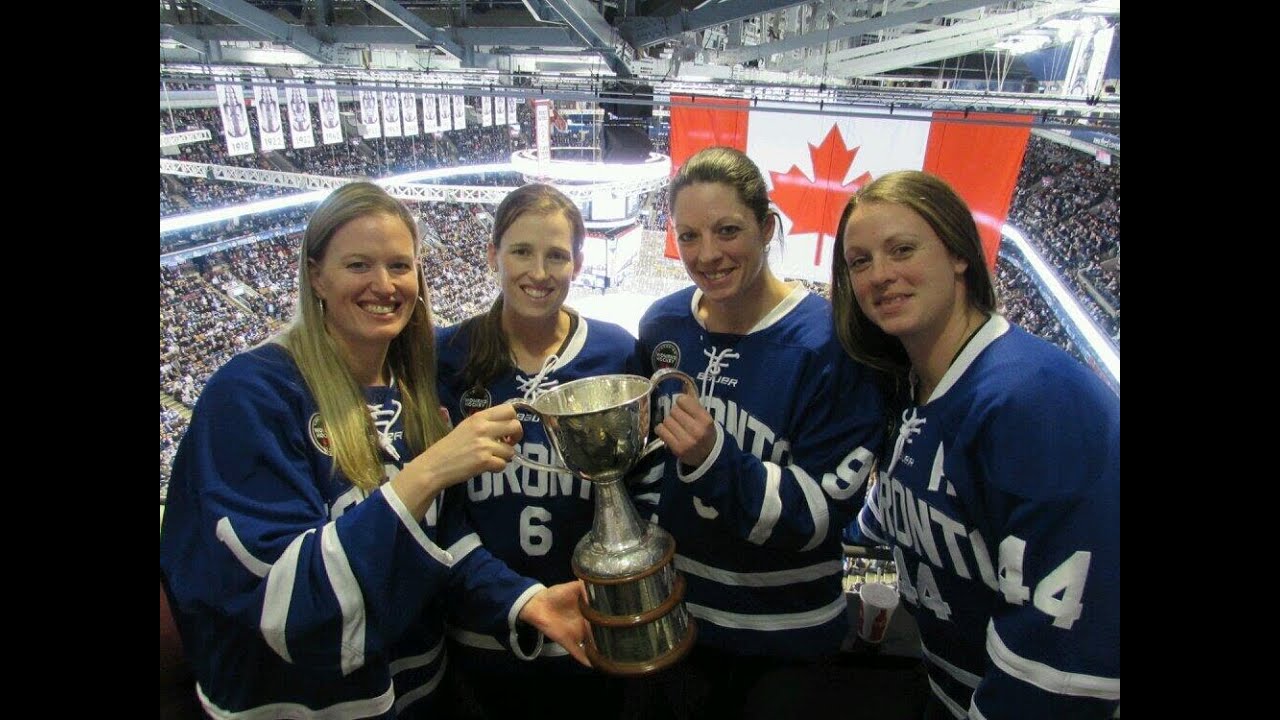 Loss of a star

Unfortunately for the Inferno half of their goaltending tandem of Delayne Brian and Kathy Desjardins is not returning next season. Kathy Desjardins is hanging up her skates and is a big loss for the club as her adjusted save percentage was 0.911 last season, good for second in the CWHL. Although Brian won the CWHL’s award for being the top goaltender and there is plenty of goaltending talent out west to choose from to shore up the position for next season.

Looking forward to next season

The Calgary Inferno was already the second best possession team in the CWHL with 50% shots for behind only the Montreal Stars at 63% shots for and this came with a PDO of only 0.989 which was second lowest in the league.

They will need to improve their discipline next season as they were second in the league taking 316 penalty minutes which is 1.4 minutes higher than league average per game. While their special teams play was fairly good at a 99.1 BOW rating (PP% plus PK%) they could stand to improve this part of their game to compete with Montreal (113.1 BOW) and Clarkson Cup Champions Toronto (105.7 BOW).

With the Olympics this past season many of the top players ended up on National Teams and did not play in the CWHL. The Inferno was hit with the losses of Jocelyne Larocque, Meaghan Mikkelson and Tara Watchorn. All three are top pairing defenders in the CWHL and will provide a huge boost to the ever improving Calgary squad.

The Furies were second last with 47% shots for and first with 1.025 PDO last year. While they are due to get Rebecca Johnston, Natalie Spooner and Jennifer Wakefield back I believe there could be some regression for the defending Clarkson Cup champion Toronto Furies. That would leave the Inferno in a battle with the Boston Blades and Montreal Stars for the top three positions in the league and a shot at the Clarkson Cup.