If the Vancouver Canucks and Los Angeles Kings play the rest of their Western Conference Quarterfinal as they did in Game 1, we are in for a doozy.

This game had it all — heartstopping saves, gorgeous goals, and a level of nastiness that could not have been predicted prior to the start of the series.  Jonathan Quick and Roberto Luongo laid fears of shoddy goaltending at least temporarily to rest, as both of them, particularly Quick, played very well.  Henrik Sedin showed his Art Ross winning form, collecting assists on a beautiful goal by twin Daniel as well as the Mikael Samuelsson overtime winner.  Drew Doughty demonstrated why he is arguably the best of the next generation of defensemen; he was a frequent threat in the Canuck end and was solid in his own zone.

The biggest surprise of Game 1 was the physical play of Canuck defenseman Alex Edler.  Showing a side to his game that has rarely been seen, Edler threw several thunderous hits, including this one to thwart the aforementioned Doughty: 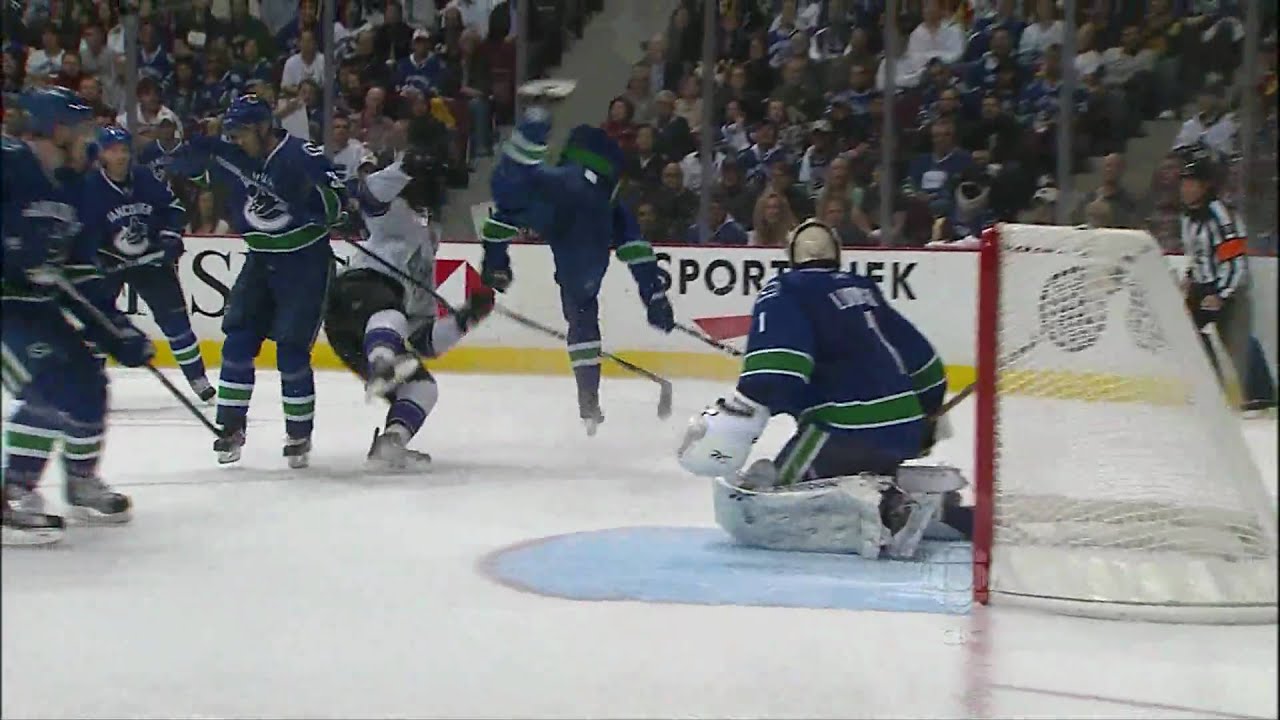 The Canucks were generally very effective in the offensive end, peppering Quick with 44 shots.  The Sedin line was buzzing; Alex Burrows, who played on right wing on the line in the first two periods, had numerous scoring chances but failed to capitalize, while of course Samuelsson (on the wing in the third period and OT) connected on the Henrik Sedin feed to win the game. 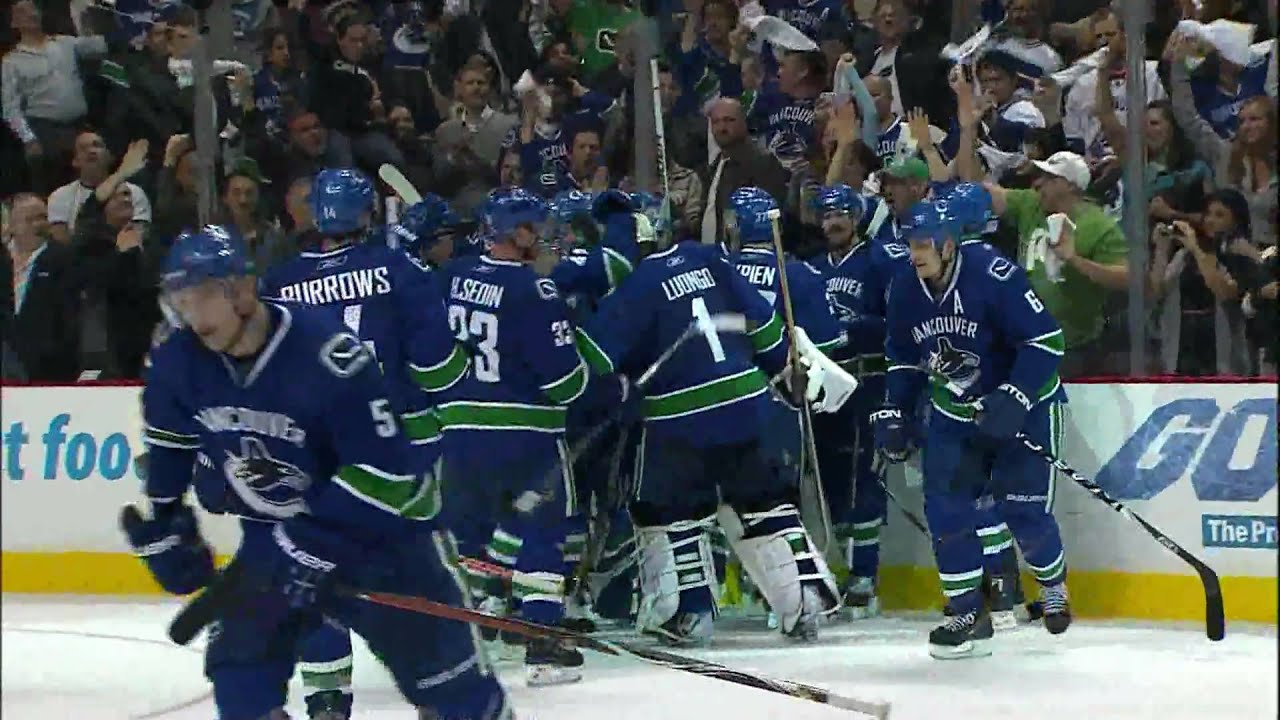 Daniel Sedin did his part as well, setting up Samuelsson on a second-period power play goal before scoring a beauty on the rush. 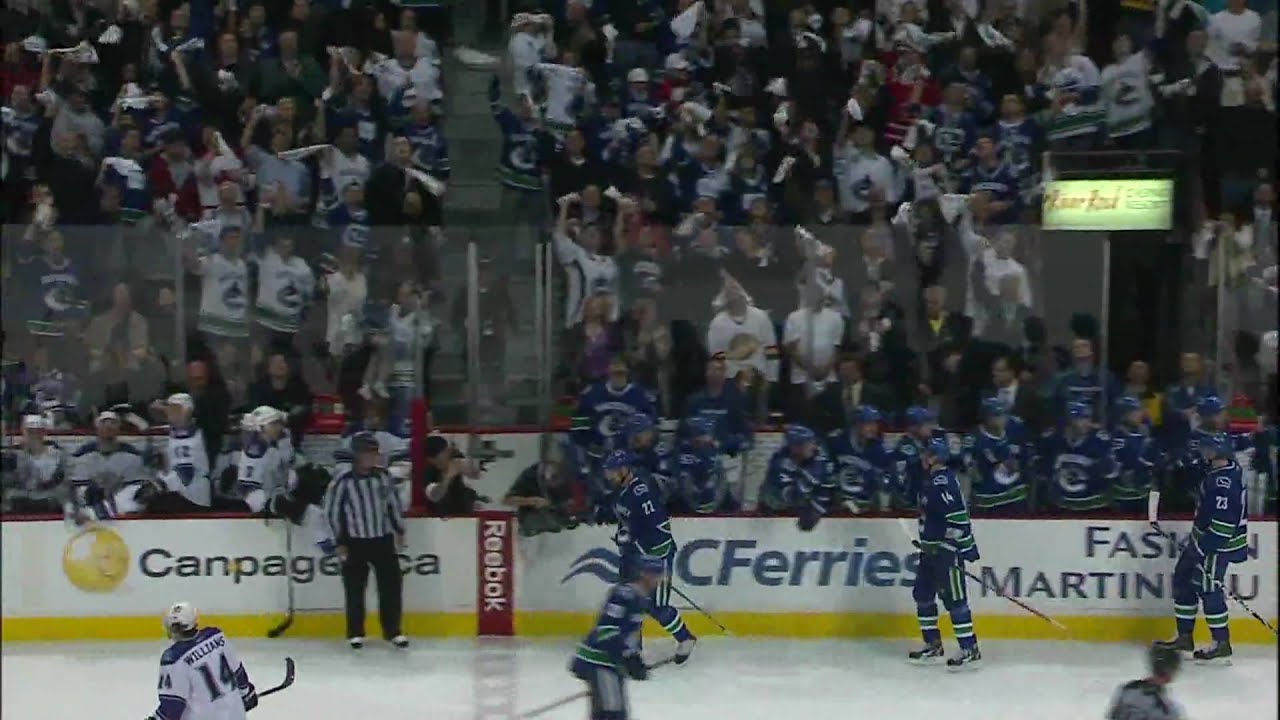 The Kings did not generate much offense at even strength (both of their goals were scored on the power play), as they were generally kept to the perimeter by the Canuck defense.  Anze Kopitar and his line had a shift or two of sustained pressure, but were largely ineffective otherwise.

For the Canucks, the story of the game was Edler.  Edler has shown much promise over the last several years, but has been criticized this year for inconsistency and slow decision making.  On Thursday, his decision was evidently to staple every Los Angeles King in his vicinity to the glass.  Kevin Bieksa, another defenseman with consistency issues, played a steady, mostly error-free game.  Andrew Alberts had some nice hits, but was tossed from the game for boarding a Kings player from the blind side — a costly major penalty that the Kings capitalized on.

The Kings defensemen were pressured into numerous turnovers by Canuck forecheckers, but were effective in clearing Canucks from the vicinity of their netminder.  Doughty showed terrific offensive instincts, jumping into the rush several times to create scoring chances.

The Kings looked deadly on the power play, going 2-for-3, as they seemed to find holes in the Canucks’ penalty-killing scheme.  The Canucks, for their part, went 1-for-4, but had some significant problems on their power plays penetrating the Kings zone and maintaining possession.

Quick nearly won this game singlehandedly for the Kings as he stymied Canuck shooters time and again on prime scoring chances.  He had no chance on any of the Canuck goals.

Luongo was solid in the Canuck net.  He was not tasked very heavily by the Kings, particularly in the first and third periods when the Kings totaled only six and two shots, respectively.  When called upon, however, Luongo responded — as he did here in OT: 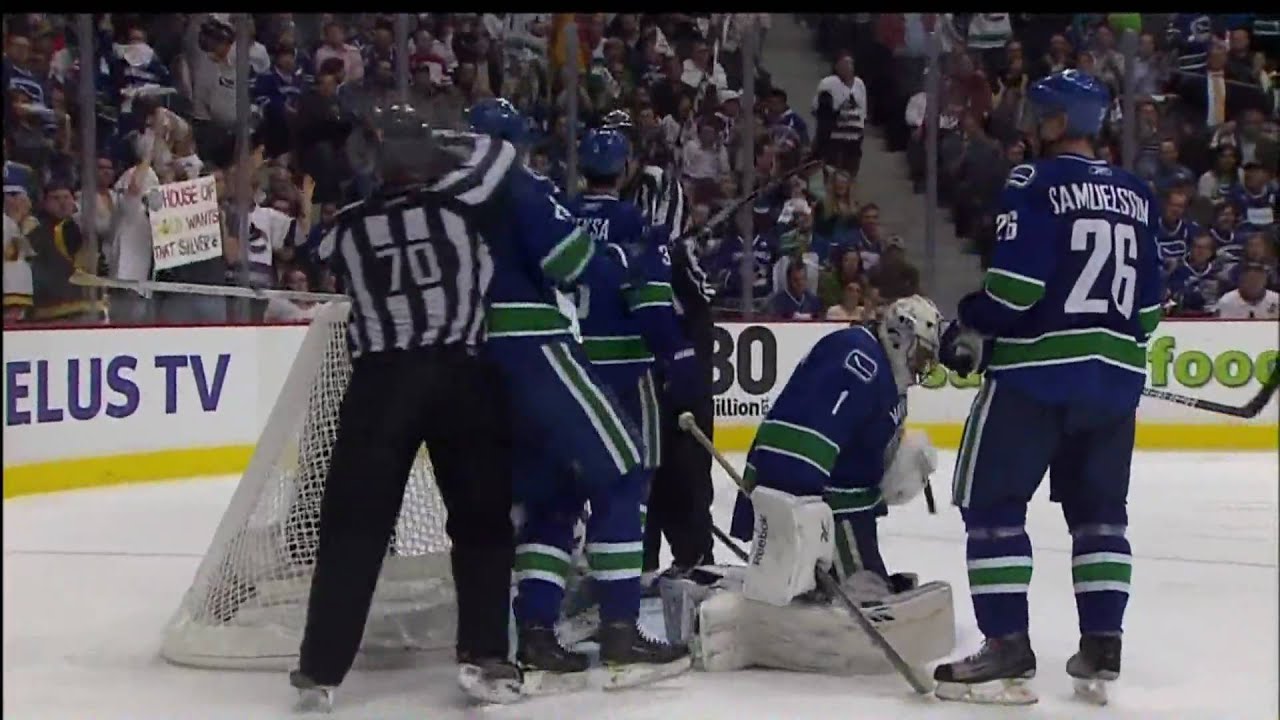 Derek Jung covers the Vancouver Canucks for The Hockey Writers. He has been a diehard (and long-suffering) Canucks fan for as far back as he can remember — well over three decades. Born and raised in Vancouver, he now lives in Clinton Township, Michigan, with his wife, son, and Center Ice subscription.