If at first you don’t succeed, try, try again. The Columbus Blue Jackets did just that on Friday night at a sold-out Nationwide Arena.

The story of this game was how the Blue Jackets won this game. The Maple Leafs were the better team all night, in shot attempts, in high-danger attempts and in possession. Every time you looked up, it seemed Toronto had the puck on their stick playing keep away.

This is what makes the Blue Jackets victory good despite the underlying results. They found a way to win or as coach John Tortorella put it postgame, F.A.W. 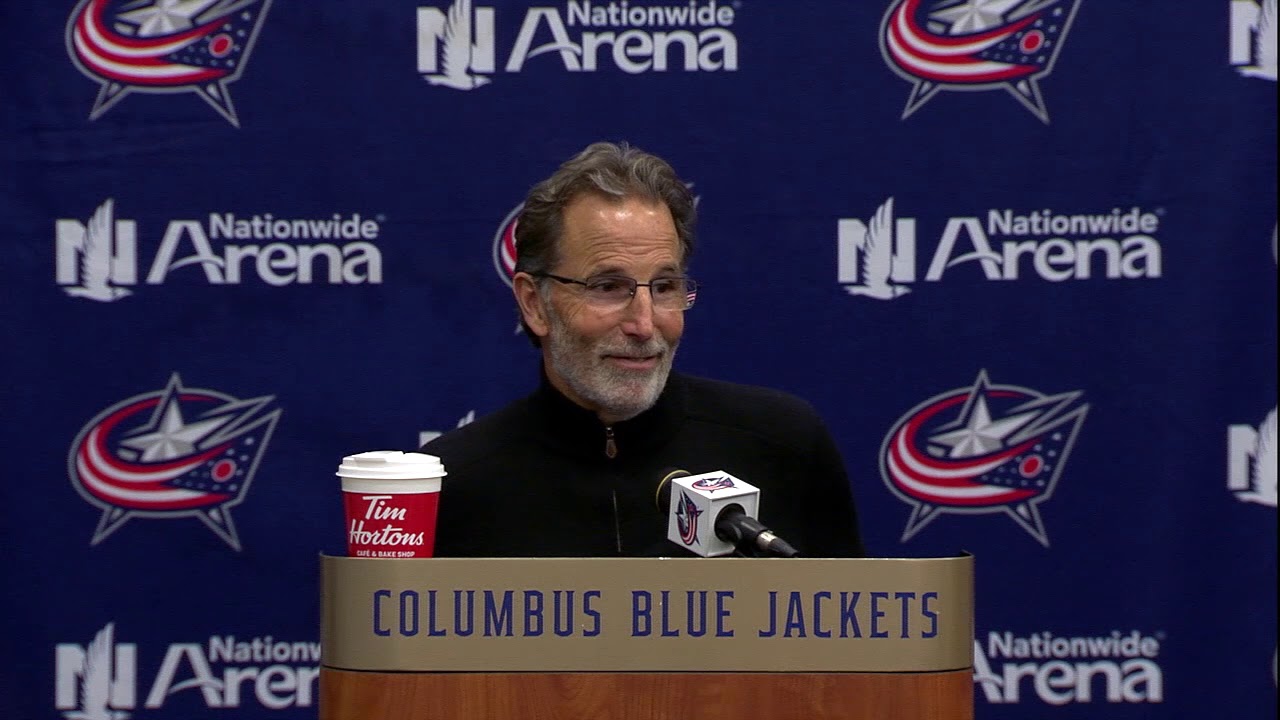 “This is the definition of finding a way to win,” Tortorella said to open his postgame presser. Later on, he told assistant coach Brad Larsen to throw the game tape away. There wasn’t much to break down. They knew they won when the Maple Leafs were the better team.

What did we learn from this experience? The Blue Jackets are starting to get better at finding ways to win even if the other team is dominant for long stretches. It just takes one play to wake up the team. On Friday, Atkinson’s amazing short-handed goal was the jump start.

Atkinson was being defended by John Tavares. In an effort to get open for a shot, Atkinson went to the toe-drag and released a cannon of a shot that Freddie Andersen couldn’t stop. It energized the bench. It energized the crowd. It made the score 3-2. They went on to play a better third period according to Tortorella and even added a fourth goal.

Friday night, the Blue Jackets were up 2-0 again thanks to a pair from Josh Anderson. His line with Nick Foligno and second-line center Boone Jenner was by far the Blue Jackets’ best on the night. But the Maple Leafs found their way back scoring a pair of their own, one by Ron Hainsey from distance and another by Kasperi Kapanen that Bobrovsky certainly would want back.

The Blue Jackets had an immediate opportunity to work their way through losing another two-goal lead. It seemed inevitable that the Maple Leafs would get the third goal given how much they had the puck.

This time however, the Blue Jackets stuck with it. They didn’t get low on themselves despite battling the puck all night long. They displayed a confidence that it was only a matter of time before they would get their opportunity. They didn’t let frustration overtake them as in past opportunities. As Tortorella said to the players on the bench, “No matter how bad it was, we’re just fighting everything, it was still 2-2.”

Was there a message Tortorella had to deliver when it was 2-2?

“Let’s just have a little fun here. We’re just beating it up. Let’s just start over and just try to play.” He went on to say some of the guys were even laughing on the bench knowing it was 2-2 and knowing how much of a struggle it was. Lesson learned. They found a way.

These Blue Jackets not only believe they’re good. They believe they can play with and beat anybody on any given night. For a team that is still one of the youngest in the NHL, that’s a recipe for long-term success.

Given all the outside distractions there are, the Blue Jackets to this point have done a fantastic job of drowning the noise out so it doesn’t affect them. As Seth Jones said Friday, “we’re not doing anything. We’re just going out and playing hockey.” They’re loose. They’re having a lot of fun. The results are clear. They continue to lead the Metropolitan Division heading into a Saturday night date with the last-place Pittsburgh Penguins.

That’s hockey for you. The good teams win when they’re supposed to and find ways to win when they’re not supposed to. The Blue Jackets showed us Friday that the second part of that equation is something they are capable of doing any given night. While there are still lessons to be learned here, overcoming this hurdle should continue to let their confidence grow higher than it already is.

The Blue Jackets have an opportunity Saturday night to put the Penguins in a nine-point hole in the division. It’s also an opportunity for them to see just where their confidence is going into a building that hasn’t been kind to them. If they can find a way to take care of business against Pittsburgh, then look out. They could be on their way to something bigger if they keep this up.