The Edmonton Oilers’ AHL affiliate in Bakersfield played stellar this weekend, winning both games while outscoring the opposition 8-0. The Condors posted back-to-back wins thanks to the efforts of three key players — Anton Lander, Taylor Beck and Laurent Brossoit.

A lot went right for the Condors this weekend as they’ve improved to a 0.500 winning percentage and are no longer the lowest-scoring team in the AHL. That honor now belongs to Ottawa’s farm team, the Binghamton Senators.

Still, the Condors have an anemic offense and need to start increasing their offensive production.

Head coach Gerry Fleming knows the team had a good weekend and hopes to build upon it as they head into San Diego on Tuesday night. The Gulls are currently 10-6-1 and in third place in the Pacific Division. The Condors are on a nice little 2-0-1 run right now and will need to keep rolling if they hope to start climbing out of the division basement.

Here’s your weekend roundup regarding the Oilers’ farm team.

Lander has been a house on fire lately as he centers the Condors’ top line with Ryan Hamilton and Taylor Beck. The 25-year-old has posted four goals and seven points in just three games. Together, the trio has contributed a significant portion of the Condors offense.

With the main club, Lander was floundering as a fourth-line forward, averaging just 10:15 TOI through 16 games. He had three points during that time, matching his season total from last year (61 games played).

It’s been a tough road for the former 40th overall pick from the 2009 NHL Draft. He’s proven himself to be a very capable player and a leader in the minor leagues, but the success hasn’t been sustainable at the NHL level. Many will point to his 2014-15 breakout under interim Oilers head coach Todd Nelson when Lander scored 20 points in 38 games and looked like he was ready for a top-nine role with the main club. He’s struggled since then and has been used sparingly as a utility player in Edmonton.

A restricted free agent (RFA) next summer, the Oilers could cut Lander loose. If he can continue to string some success together in Bakersfield while looking like a man amongst boys, he could find himself with another shot in Edmonton. 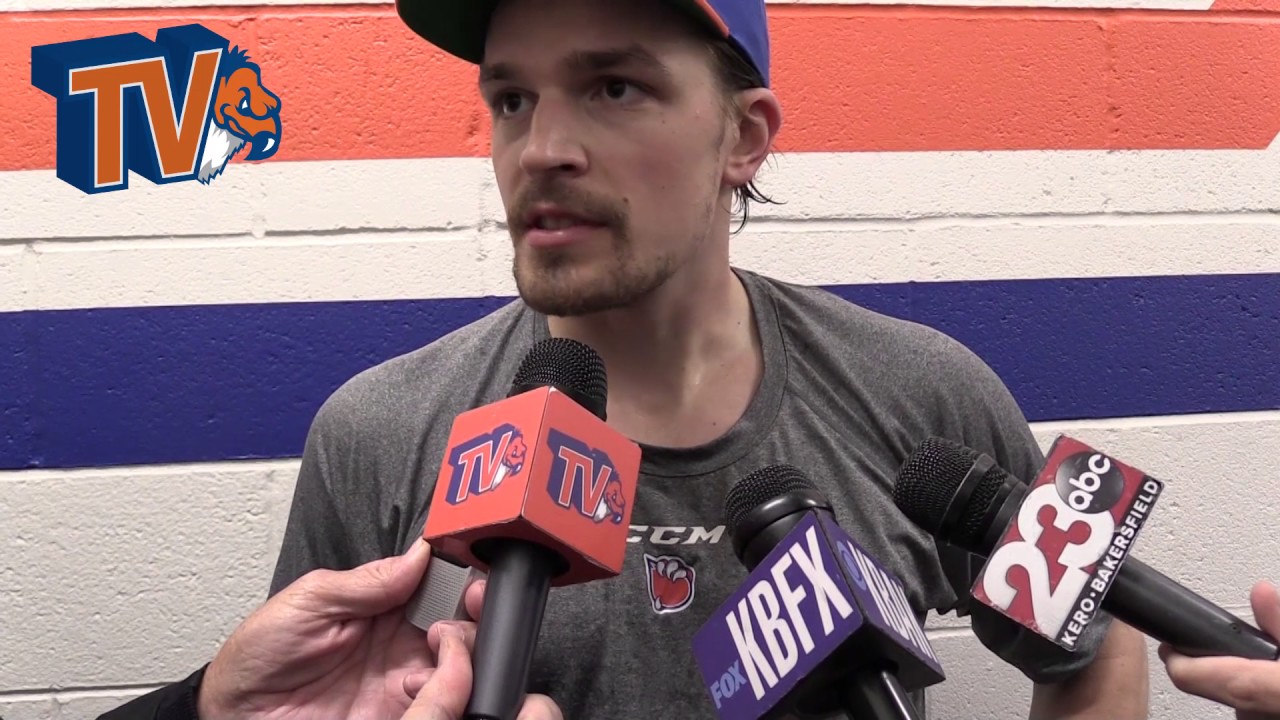 Bakersfield is getting some incredible performances from their goaltending duo of Nick Ellis and Brossoit, the latter of whom stopped all 48 shots he faced this weekend. The duo is one of the best goaltending combinations in the AHL this season.

Brossoit has been solid as of late after a slow start with the Condors. Both goaltenders can make an honest case for being considered the Oilers’ best goaltending prospect.

For now, the 23-year-old veteran, Brossoit, has the edge with a 2.10 goals-against average and a 0.932 save percentage. He’s stopped 280 of 302 shots this season and is playing with a chip on his shoulder after losing the battle for the Oilers’ No. 2 job behind Cam Talbot to Jonas Gustavsson.

Beck Continues to Lead the Way

Beck, 25, continues to be a driver for the Condors. After being named AHL Player of the Month in November, the forward picked up five assists this weekend, bringing his total to 24 points in 16 games.

He’s currently tied for third in AHL scoring and just three points out from leading the league in scoring. If you still need to be sold on Beck’s skill level at the AHL level, consider this: from Oct. 29 to Nov. 16 (the course of six games), he put up 13 points.

That’s the biggest point total in consecutive games in the AHL this season.

At the end of the day, Condors head coach Gerry Fleming can’t stop raving about the play of Beck, and he’s not shy to talk about the 25-year-old as a difference maker in Bakersfield. If the Oilers are going to be recalling a forward to add some scoring punch, Beck might be the most deserving of the opportunity.