Stats are like a model in a bikini, they show a lot but not everything.  Case in point, out shooting a team by a count of 44-16 and falling in a shootout.  Alas it’s all about quality over quantity my friends.  That turned out to be true as 5,324 turned out in Albany to watch the Connecticut Whale and Albany Devils play their rivalry on the Hudson (well at least Albany is on the Hudson River). 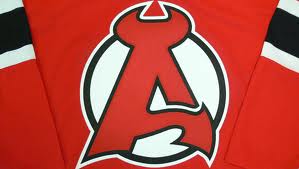 In their previous bout, the Whale ran roughshod over the Devils in a 5-2 drubbing.  This time around things tightened up on the scoreboard.  It was enough to make one exclaim, “holy shot block Tortorella!”

Just as they did in virtually all of October, Albany got on the ledger first in the first period.  Off a David Wohlberg face-off win just outside the offensive zone, Mattias Tedenby flew past the Whale defenders and was able to backhand one past Cameron Talbot.  It was Tedenby’s second marker of the year and another strong start for the Devils.

From that point though, Talbot would stand tall for 43 saves and first star honors.  Although between Talbot (6-3) and Jason Missiaen (6-8) it’s kind of hard not to stand tall if you’re a Whale keeper.

On the other end, Jeff Frazee was solid as well, turning aside 14-of-15 sent his way.  I know it looks like a light day at the office on paper but when your team only scratches out one goal for you, that makes for a pressure packed game.

Speaking of not getting help, late in the first, Jacob Josefson turned the puck over in the defensive zone for the Devils and the Whale took advantage.  Josefson couldn’t clear the puck and Tommy Grant intercepted the puck.  With Devils defenceman Jay Leach caught turned around, Grant found Christian Thomas for the one-timer on the right side to beat Frazee.  It was Thomas’s second tally on the year and knotted the contest at one.

From there it was all about the goalies and all about not being able to finish.  While the Whale were 0-for-3 on the power play, the Devils couldn’t cash in on seven such opportunities with the extra attacker.  Not to mention a second period which saw Albany out-shoot Connecticut by an astounding 18-2!

From the third period on, it was also a cruel “hat-trick” of the iron unkind for Devils forward Bobby Butler.  In the closing minute of the final frame, Butler touched one off the crossbar to no avail.  As the game progressed to overtime, with the Devils on a 4-on-3 power play, Butler rang one off the outside of the left post.  Topping it off in the shootout, Butler (you guessed it) ripped the rubber off the right post.

Speaking of that shootout, Connecticut’s lone goal was the only one needed.  Defenceman Matt Gilroy, a member of the 2009 Boston University National Championship team, was the first shooter for the Whale and put home the eventual winner.  Talbot was able to fend off all challengers on his end as well.

Hence, despite countless opportunities, shots and ringers off the iron for Albany, Connecticut was able to skate off with the 2-1 shootout victory.

For those wondering, both big guns Chris Kreider and Adam Henrique were held scoreless on the evening for the Whale and Devils respectively.  Additionally, Dan Kelly of the Devils and Andrew Yogan of the Whale went toe-to-toe in the second period, with Yogan saving himself by virtue of ending the scrap by leveraging Kelly down on the back of the goal net. 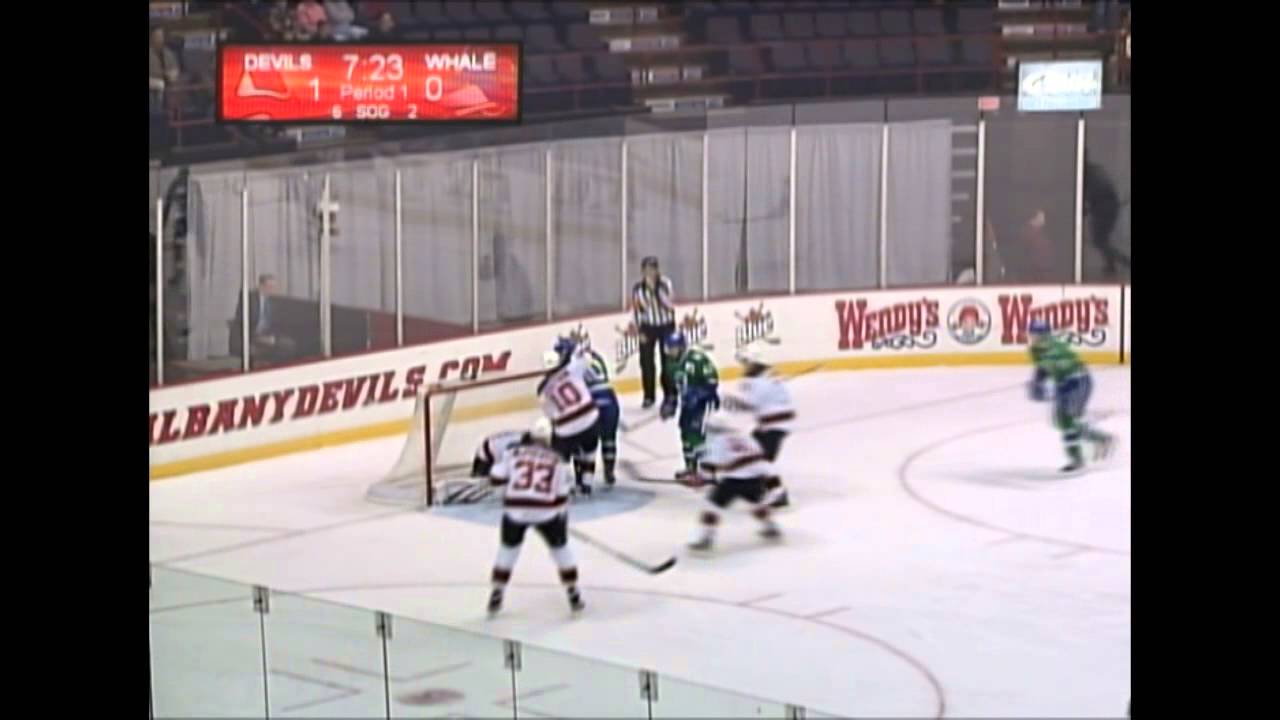