To say that Eemeli Rasanen is a big kid would be an understatement. At just 18, he already stands at six-foot-seven and over 200 pounds. A native of Finland, Rasanen has already been a part of his country’s resurgence at the international level.

As for his OHL career, he impressed in his first year with the Kingston Frontenacs. He averaged a goal every 11 games and finished with six goals and 39 points in 66 regular season games. In the playoffs, he had five points in 11 games for the Frontenacs who were knocked out in the second round.

While he hasn’t fully learned how to execute his game by using his size this early in his career, Rasanen has a high ceiling for what he can develop into. HIs size, shot and potential to be a strong Chris Pronger-like defenceman in his own end, the 18-year-old will be a player to watch for coming out of the third round of the upcoming NHL draft (unless he moves up, of course).

Rasanen is ranked as high as an early third-round pick and a far down as one of the last picks in the third round. That being said, expect the big defenceman to go somewhere in the middle. His likely draft spot will be between 70th and 90th, but his size could win him some praise from some NHL general managers.

“A big mobile defensemen with long strides that while look awkward, they are effective…makes quick decision with the puck…on reception, he never hesitates, instead immediately turns to transition up ice and avoid staying stationary. While he doesn’t use his huge frame to be punishing with a nasty edge like he could, he is still a physical presence, stepping up to lay clean hits or rubbing carriers out along the boards. [He] does an excellent job controlling gaps, makes stick-on-puck plays off the rush…is gifted, towering defensemen who can contribute offensively in a way most 6’6” defenders can’t.” – Future Considerations

“Rasanen has a heavy shot but really needs time and space to let it go. His skating is not pretty, he looks clumsy and awkward often and that may just be him growing into his body. He has shown the ability to rush the puck up the ice or join the rush and has lots of raw talent. A work in progress, but one with considerable potential.” – Peter Harling, Dobber Prospects

Aside from the small developmental pieces that need to be pressed out of his game, Rasanen’s size is a definite upside to his potential NHL career. If he can clean up his skating and find a way to get his shots through on the offensive side – which means getting them off faster – he can potentially find a spot as a three or four defenceman on an NHL club.

While there isn’t a whole lot to write about just yet when it comes to awards for the young defenceman, he was a part of the silver medal Finnish team at the under-18 World Junior Championships in 2016-17 where he had one goal in six games for his native country. 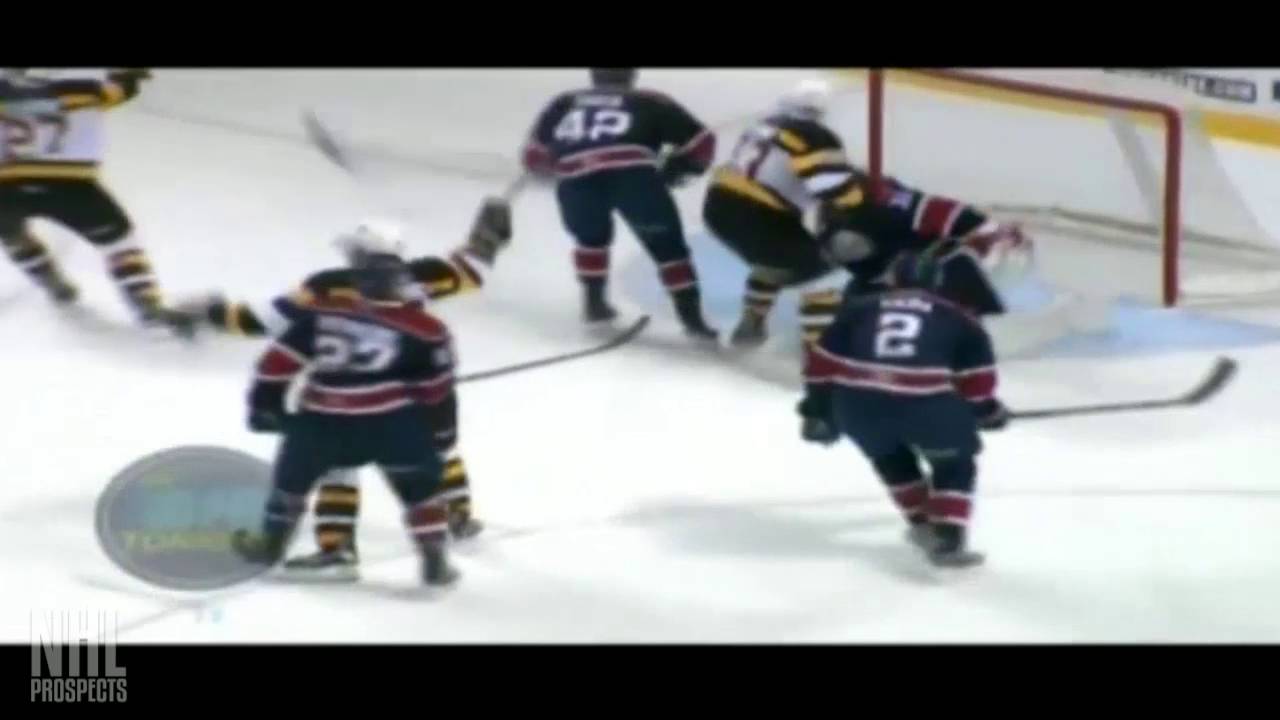