There is a popular narrative amongst non Sharks followers that 35-year-old Patrick Marleau doesn’t get it done come the postseason. There is however, no factual evidence to this narrative. Outside of those who like to include lack of team success in their individual assessments, Patrick Marleau deserves to be celebrated as a playoff stud. His career playoff points per game average of .70, is nearly identical to his regular season points per game average of .75. This means he produces offense at essentially the same exact rate regardless of the situation. And everyone agrees he is a regular season stud.

While I’ll be the first to admit Marleau has never been one of my favorite players, his outside detractors are missing the facts. Those who blame him for a career minus-11 playoff plus/minus don’t understand context. Marleau has played a long time with a team having annually disappointing results, his plus/minus can swing a bit into the negative when his club gets swept in the Western Conference finals by the 2010 Cup winning Chicago Blackhawks. But oh wait, Marleau also had six points in those four games. Furthermore, the great Jonathan Toews finished those 2010 playoffs with a minus-1 rating. He must not have been any good that year eh?

For his career, Marleau has scored four Stanley Cup Playoff OT goals, and 15 of his 60 total playoff goals have been game winners. While a guy like Patrick Kane has a significantly higher playoff points per game rate than Marleau, his seven game winning goals are only 18% of his total compared to Marleau’s 25%. Toews comes in at 33%, Sidney Crosby 14%, Alexander Ovechkin 16%, Claude Giroux 8%, Pavel Datsyuk 16%, Corey Perry 13.6%, Henrik Zetterberg 14%, Ryan Getzlaf 20%, and Daniel Alfredsson 21.5%.

Yeah, don’t tell me Marleau isn’t playoff clutch. The 35-year-old may drive some of us up the wall with lack of tenacity at times, but facts are facts. He gets it done every year regardless of the situation. Thus far this season he is still performing at a point per game rate with 12 in his first 11 games. Barring injury, chances are he becomes the first Sharks player this year to score 1,000 points in teal. How about a look back at some of his playoff heroics? 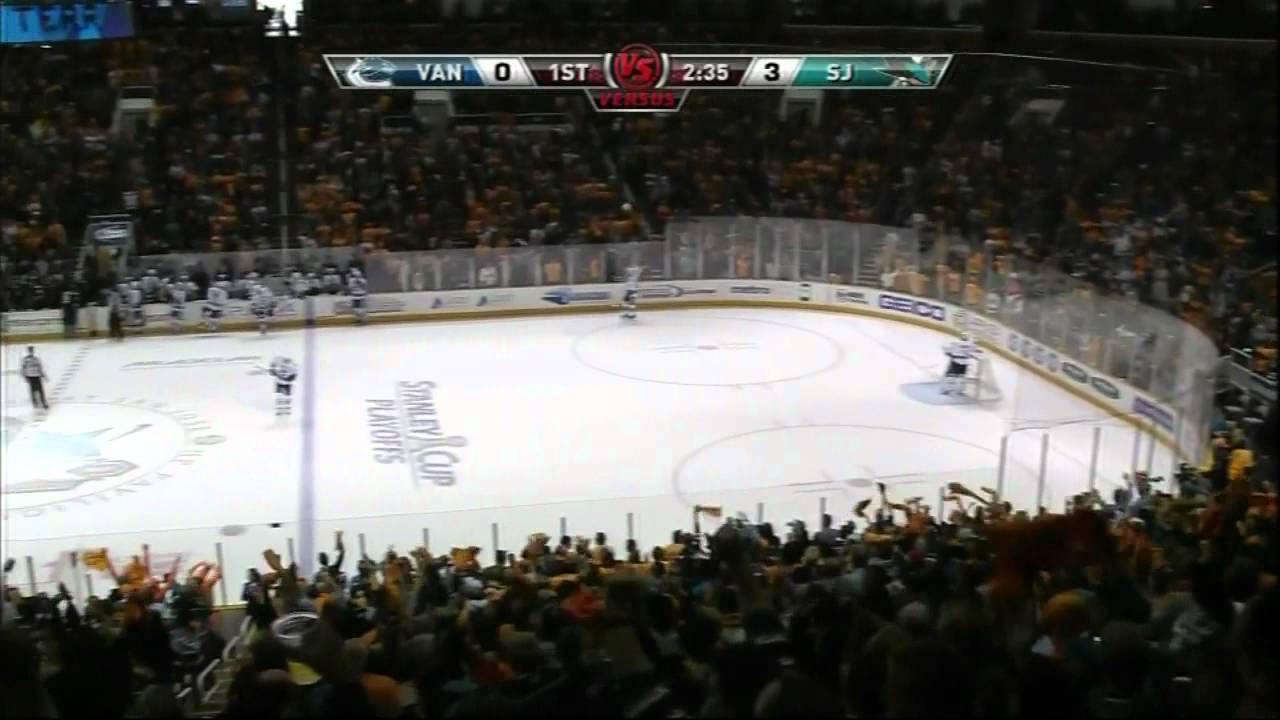 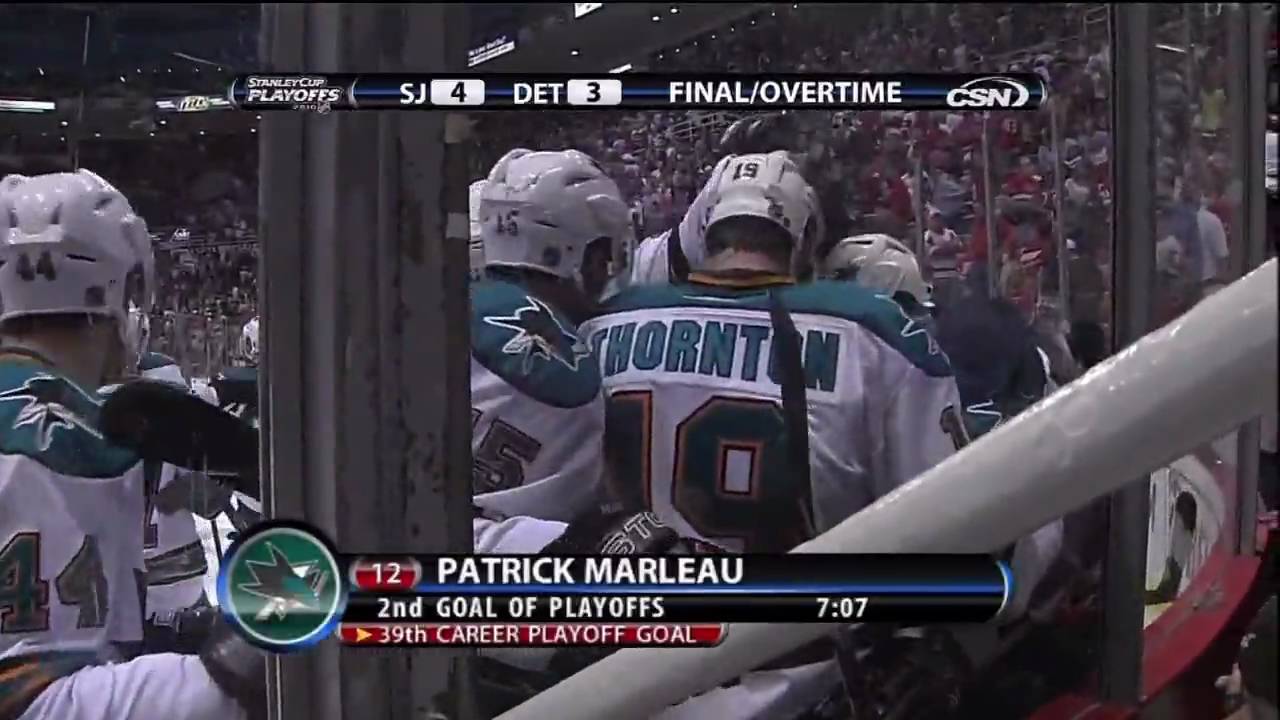 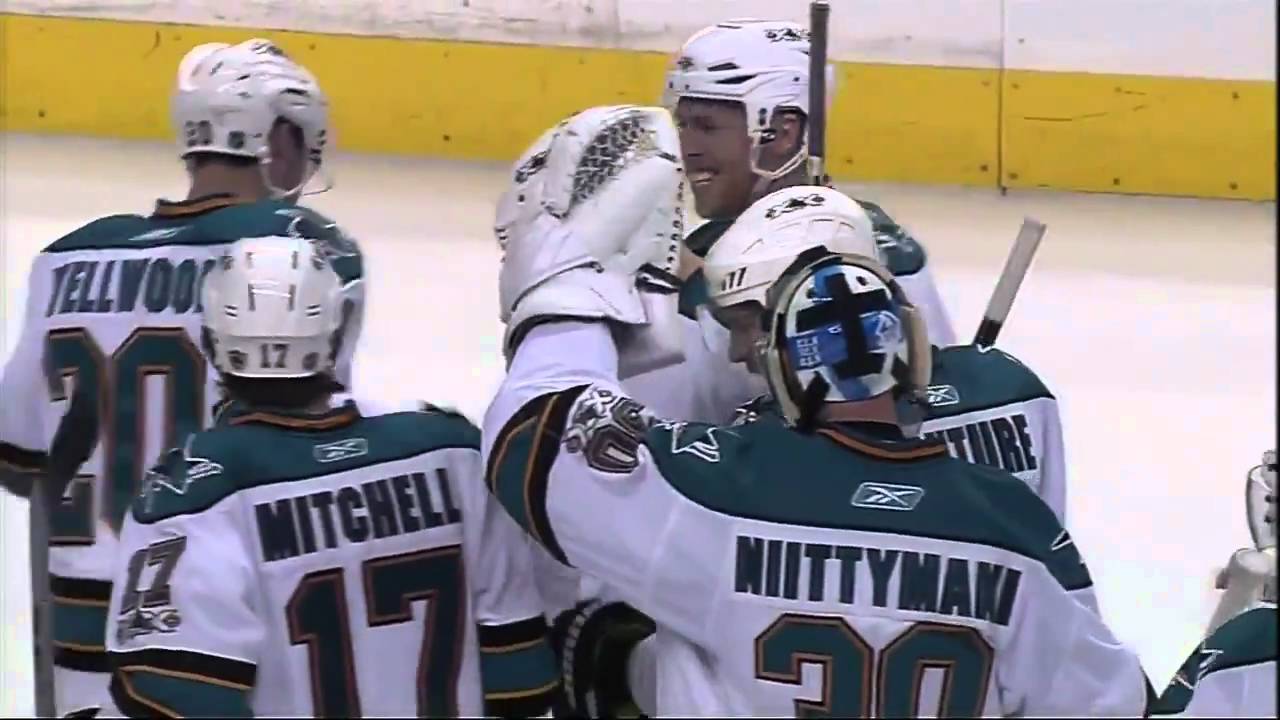 This Game 5 goal vs Detroit is currently the biggest goal in Sharks franchise history. I’m in the minority that think this goal surpasses Jamie Baker’s 1994 Game 7 goal. The 2010 Sharks team exorcised some demons beating the Red Wings that year and you can’t ask for a more fantastic go-ahead third period goal. Three years earlier during the 2007 playoffs Marleau and the Sharks lost in six games to the Red Wings and blew a late lead in Game 4 that would have put them ahead three games to one. Of course Baker’s goal was a game winner in Game 7 in an improbable eight beats one series that shocked the league. Totally understandable that people still think of that goal as the biggest in franchise history. However, Marleau’s Game 5 goal put the Sharks back in the conference final for just the second time in franchise history  and is a better highlight to watch. Down to the knee for the one time slapper off the post? Again, maybe I’m bias to the fact I remember this goal live versus Baker’s goal I was only three-year-old.