Let me be the first to say that I do not take the NHL’s All-Star game seriously. The game is usually played at half speed and despite the best players in the world taking the ice, the result is usually a 9-8 game with little to no real effort displayed.

I throughly enjoy the skills competition which allows me to see truly how good some of the NHL’s elite really are. The breakaway challenge is fun too and while players don’t go all out like in a normal game situation, they improvise with props and fellow players which is extremely entertaining for fans back home. Ryan Johansen and the combination of Jakub Voracek and Johnny Gaudreau took the cake last year with their shootout moves.

As with most years, the NHL has set up a fan voting system which allows anyone across the world to be able to pick their hockey hero and have him represent at the game. Some of the top vote getters are names you would expect such as Washington Capitals superstar, Alex Ovechkin, reigning Art Ross trophy winner, Jamie Benn and the always dynamic, Patrick Kane.

If you look closely at the current top voted player, however, it may surprise you. It’s none other than Arizona Coyotes sparingly used forward, John Scott. He has more votes than Ovechkin, Benn or Kane. I’ll give you a second to read that sentence again. 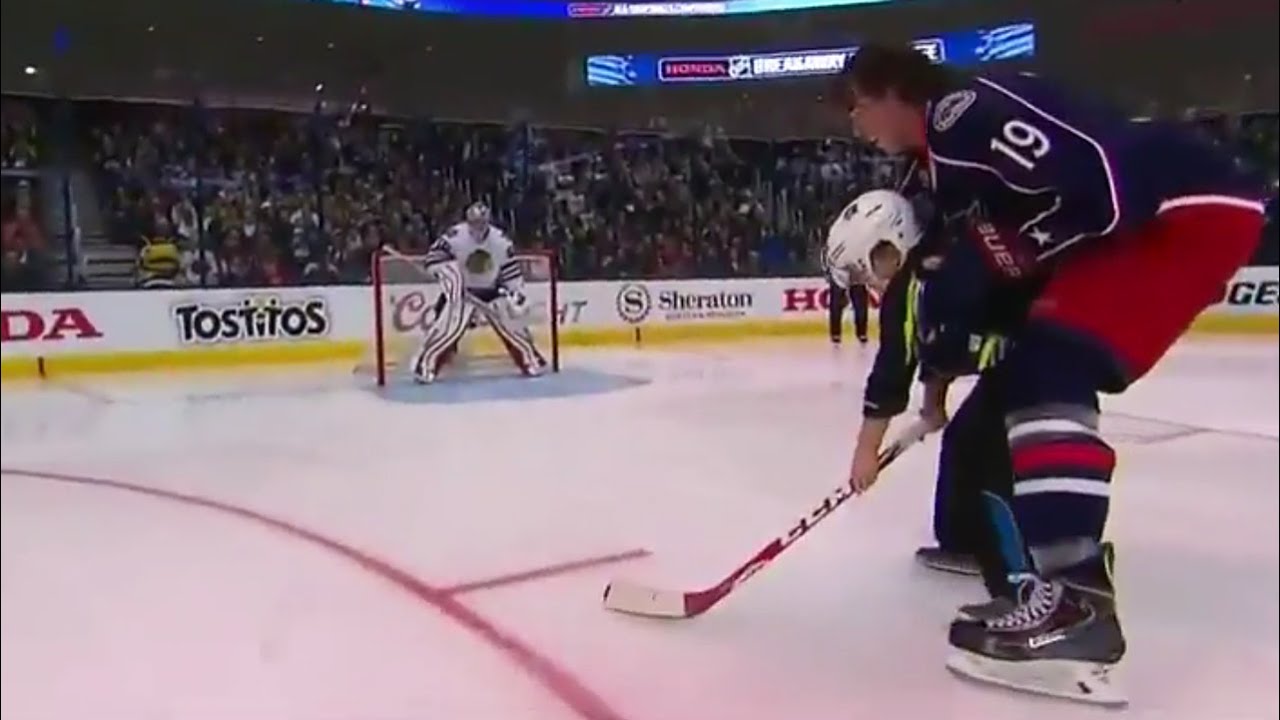 Having John Scott voted into and made a captain of the 3-on-3 tournament wouldn’t be the first time something like this has happened with the NHL. In 2007, the “Vote for Rory” campaign very nearly got Canucks defenseman, Rory Fitzpatrick, voted into the game. In 2009, the game was held in Montreal. Fans stuffed the ballot box and ended up getting four Habs in the six player starting lineup.

This past season saw Buffalo Sabres forward, Zemgus Girgensons, elected to the game thanks to a ton of votes from his native country of Latvia. The difference here is that you could easily argue that Girgensons was the best player on a very bad Sabres squad last year. Neither Fitzpatrick or Scott can claim they were anywhere near their teams’ top player.

The NHL has allowed fans to have a voice and vote. If they collectively decide to keep up this charade and elect Scott, so be it. Many feel that the All-Star game is a joke anyway. Why not just give into that notion and have a man with five career goals who has never seen the ice in overtime captain a 3-on-3 team and participate in a competition to prove how skilled he is?

On the Positive Side?

That’s the negative side of this current issue with the NHL. On a positive note, however, maybe having Scott as part of the game would be a good thing for the NHL. The National Hockey League is notoriously uptight and isn’t the most willing to deviate and have a little bit of fun.

Having Scott play in a 3-on-3 tournament might work out for nothing more than amusement. Same goes for the Skills Competition and the Breakaway Challenge. Maybe the big man has some hidden moves that we’ve never seen utilized before. The event is supposed to be a fun time for fans and players alike, right?

It’s a very odd place to be for Scott, who most likely never in his wildest dreams imagined himself in the NHL All-Star game, but also as one of the four captains. NHL deputy commissioner, Bill Daly, has gone on the record saying that “as long as voting is legitimate, we will honour the results.”

If Scott is still leading in votes by the time New Year’s Day rolls around, there is a very real chance this campaign will have worked and Scott will be on his way to the game to participate in all its facets. You can look at this as a mockery or as a positive change for the uptight NHL. I’m leaning in the direction of the former simply because the All-Star game is never taken seriously.  Why start now?