The Minnesota Wild are going through a rough stretch. The Wild have lost 11 of 13 games (2-7-4) and if the Stanley Cup Playoffs started today, the Wild would be golfing.

Currently, the Wild (18-18-5) are in 12th place in the Western Conference and are seven points out of the final Wild Card spot. 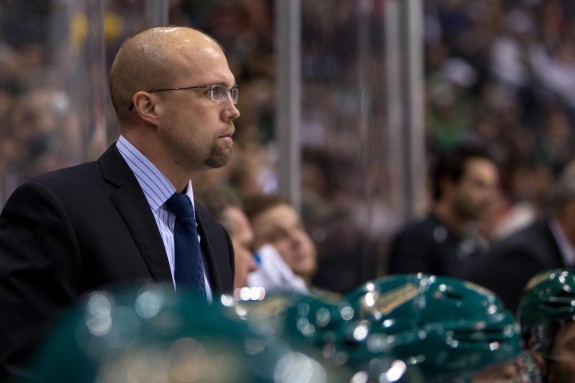 Even though the Wild are struggling, head coach Mike Yeo still has confidence in his team. To many Wild fans, these are empty, meaningless words. They want wins, not platitudes.

“I still have confidence in this group,” Yeo said after Sunday’s game. “Still know what we’re capable of, but there’s no doubt the clock is ticking here.” (Michael Russo)

On Sunday night after the Wild lost 4-1 to the Chicago Blackhawks, Jeremy Roenick from NBC Sports Network said “the Minnesota Wild has to fire head coach Mike Yeo if they want to salvage the season.”

Firing Yeo is an extreme measure. I also think there’s more to the Wild’s problems than the head coach.

Yeo is the scape goat for the Wild’s troubles and if the Wild continue to lose, he will lose his job. I would go to Vegas and bet money on it. 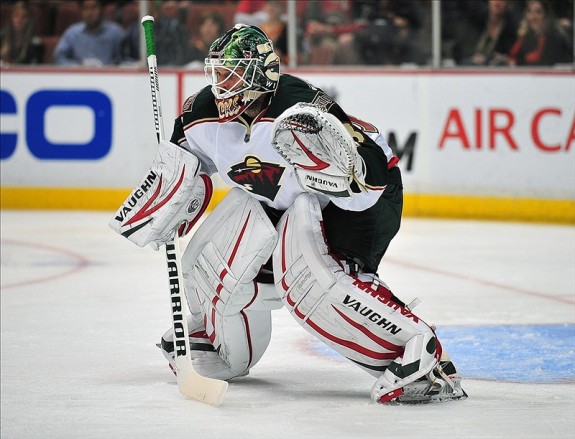 Wild goaltending is their Achilles heel

During the losing streak, Minnesota Wild’s the goaltending has struggled mightily. The Wild’s goaltending is their Achilles heel.  It doesn’t take much of a hockey mind to make this conclusion. All you have to do is look at their stats.

Sunday against the Blackhawks, the Wild had another bad performance from their starting goaltender. Niklas Backstrom was shaky, giving up a really weak goal to Johnny Oduya on a snap shot from the middle of the faceoff circles. An NHL goalie needs to make that save.

The goalies aren’t the only ones playing bad. In January, the Wild are 1-4-1 and have taken three of a possible 12 points.

During the past two games, the Wild have put 74 shots on net and scored a grand total of two goals. The forward play has to be better if the Wild are going to be successful the last 41 games. 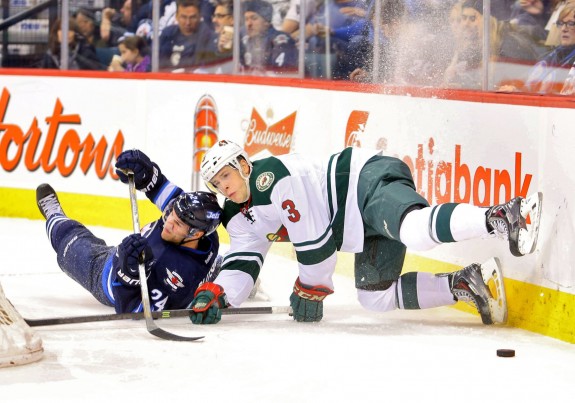 Wild forward Charlie Coyle (4g-14a—18pts) signed a big contract extension in October. So far he has underperformed. In the last ten games, Coyle has scored (2g-3a—5pts), and this is unacceptable for a top-six forward. Earlier in the season, Coyle went 23 games without scoring a goal (October 23-December 23). If I was the owner of the Minnesota Wild, I would want a refund.

In the off season, the Minnesota Wild signed Thomas Vanek. Wild fans are still waiting for him to arrive in Minnesota. Vanek has been the popular whipping boy for Wild fans during the first half of the season.

What’s even more interesting is those same three players have some of the lowest shooting percentages for the Wild forwards.  Coyle and Vanek are ranked 12th and 13th. (Stats Hockey Analysis)

In conclusion, firing the head coach will not solve all of the Wild’s problems. The Wild need better goaltending and a better effort from their top-six forwards. If not, they will be sitting home when the 2015 Stanley Cup Playoffs begin.