Every Stars fans has seen it in it’s various forms. Benn, the team’s 25 year-old captain, will either single-handedly maneuver through the opposing team’s defenses, steamroll a couple of players, or drop the gloves in a spirited donnybrook…sometimes all in the same game.

The Columbus Blue Jackets witnessed this first hand on Tuesday night. After an uncharacteristically quiet first two games to the season Benn’s Beast Mode kicked in with a vengeance, as the brawny left wing scored a goal and three assists, finished with a +4 rating, and had a fight to top it all off, helping the Stars to a well-earned 4-2 victory.

Just how good of a game was it? Benn’s linemate Tyler Seguin scored a hat trick, but Benn was still the better player. 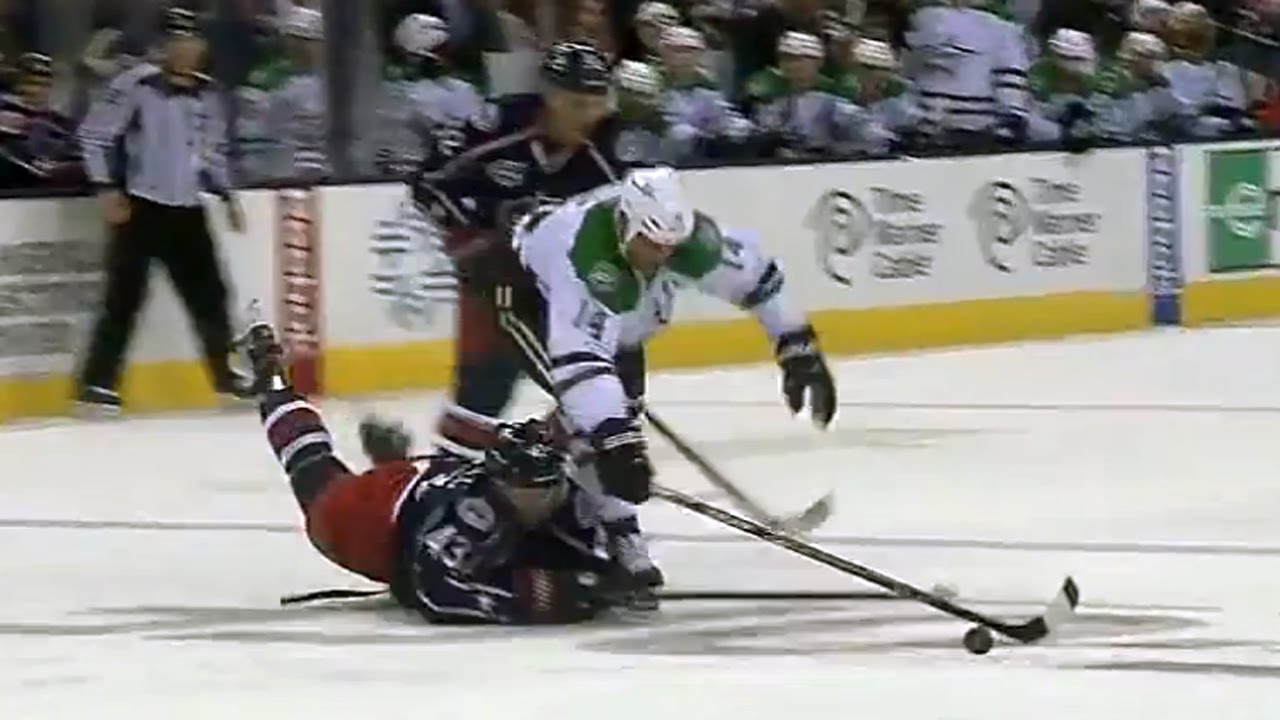 “That was an awesome display,” said Stars coach Lindy Ruff of his top line, according to the team’s official site. “Both guys played well. Seguin had a heck of a game and Benner the same thing.”

The Stars entered the game at a record of 0-1-1, still looking for their first win of the young season. Dallas outplayed the Chicago Blackhawks in their season opener on Thursday but wound up losing 3-2 in the shootout, and then looked very flat in a 4-1 loss to the Nashville Predators on Saturday. The team’s two best players in Seguin and Benn were held off the scoresheet in both games, something that wasn’t lost on either individual heading into Tuesday night’s match.

“The message between [Benn] and me going into tonight’s game is we needed to raise our compete level,” Seguin said. “Our line needs to get going if we want to win games. We have a deep team but it starts from the front [to] back. Tonight we did a better job.”

Things started well enough for the Stars, grabbing a 2-0 lead early in the first period thanks to goals by Seguin and Benn. However, like their previous two games, the Stars were unable to hold onto the lead, and found themselves tied up 2-2 as Columbus started to tilt the ice in their favour.

Just when it seemed like the Stars were starting to lose control of the game, this happened:

It’s not known exactly what was said in the Stars’ locker room during the second intermission, but still: message sent loud and clear.

There’s a lot of debate that exists in hockey circles regarding whether or not a fight can actually have an impact on a team, but in this particular case at least it seems like Benn’s fight lit a spark throughout the Stars. After fading in the second period before the Benn fight Dallas came out a lot stronger to start the third, keeping the puck in the Columbus end once again. This handy chart from www.hockeystats.ca clearly paints the picture at the 40:00 mark: The Stars, thanks to the continued pressure, eventually broke the deadlock at the 12:16 mark of the third, as Seguin redirected Benn’s shot from the point for the 3-2 lead. Seguin would then complete his hat trick by potting an empty netter to seal the deal at 4-2.

After the game Ruff had some positive things to say about Benn’s fight and how it impacted the team.

“Sometimes it is those uncharacteristic things that spur your team on. You are sitting on the bench and you’ve just seen your captain go at it, you’ve seen him put up some offensive numbers, so it is time for you to do your part.”

Beast Mode made it’s first appearance of the season on Tuesday night, but it likely won’t be the last, and that should be a major cause for concern for teams that have to face the Stars.