It’s not often that players of this caliber come along, let alone three players in one draft. That is the case in this draft when you consider the big three of Auston Matthews, Patrik Laine, and Puljujarvi. The consensus agrees that Matthews and Laine are first and second, while Puljujarvi locks down the third spot. A closer look shows that Puljujarvi can make a case for the first overall pick.

Just look at his masterful performance at the World Junior Championships that saw Puljujarvi win Top Scorer, MVP and most importantly, a gold medal. His 17 points in 12 games at the Championships paced Finland. He was the best player on the ice at both ends. His awareness and hockey IQ really stand out as major strengths. He’s not the flashy scorer of a Laine, but he is a more complete player. He also is a better skater than Laine at this point. He uses his skating to create gaps and uses his élite passing to set up open teammates.

Jesse Puljujarvi had minor knee surgery after World U-18s, will not skate in development camps this summer. Vows to be ready for reg season.

If there is anything that needs to improve with Puljujarvi, it’s his shot accuracy and his physical play. The speed on his shot is above average, but he does need work on slap shots, especially one timers. He needs to find a way to get his rocket shot on goal more. He tends to rush his shot at times, causing pucks to miss the net. He also needs to use his big 6-foot-3 frame more. He tends to do most of his work in the open ice. I’d like to see him get engaged in more battles. It’s worth noting that he did have minor knee surgery. He will not take part in development camp, but vows to be ready for the regular season.

Don’t let the surgery scare you. Puljujarvi is a generational talent that will eventually dominate at the NHL level. When you are talked about along the same lines as Teemu Selanne, then you see why he is one of the big three. If he is available for the Columbus Blue Jackets, they must take him.

At the very worst, Puljujarvi will go third overall, no matter the team drafting in that spot. He’s considered one of the big three for a reason, as his skills put him in that spot. There has been talk that he could go second, but with Laine’s dominance, Puljujarvi should go third.

Puljujärvi is a big winger who combines size, skating and skill. A strong skater who can blast past the opposition in full speed. Able to use his size, reach and stickhandling skills to retain the puck in speed. A smart player at both ends of the ice, both on and off the puck. Great work ethic and positive attitude. More of a playmaker than a scorer and could improve his shooting skills, although already equipped with an accurate release. Doesn’t shy away from physical play, but could use his size more to his benefit.

Puljujarvi is an extremely dangerous player who can be used in any situation, and being 6’3 doesn’t hinder his ability to adapt to a variety of situations; he can play on the power play, kill penalties, take a man out with a hit or cleanly stick handle in very tight spaces. He owns an excellent shot, only it’s slightly less accurate than the sharpshooting Laine. Puljujarvi’s at his best when he’s got the puck in full flight, but that doesn’t mean he’s rendered useless during the slogging matches. He’s really mature and has a genuine “die hard” mentality. Even more impressive is that he rarely, if ever, gets complacent. Struggle he most certainly has, but the effort is never in question. We view him as an elite power forward with star potential, and quite possibly the best Finnish prospect in almost 30 years. His somewhat marginal production in the men’s league is misleading; he’s one of Karpat’s most productive forwards in terms of generating shots, and a post-WJC spike should be expected in spite of a recent drop in ice time.

Puljujärvi is one the most intriguing winger prospects coming out of Finland in the past decade. He has played the majority of his games against grown-up men over the last two seasons, but hasn’t yet dominated the game like he has at every level at the juniors. His smarts and skills are undoubtedly already world class, but he needs to learn to use his size more as an advantage. Puljujärvi is a very complete player with a great understanding of the defensive side of the game too. He is on his way to becoming a very high draft pick in the draft.

Puljujarvi projects as a top-line winger who can eventually dominate games. He does so many things well on both ends of the ice. Even if he has an off night on offense, he can make up for that was with defensive play. He’s one of the most intriguing prospects of the last 10 years. It’s just a matter of time before he makes a major impact on the NHL. 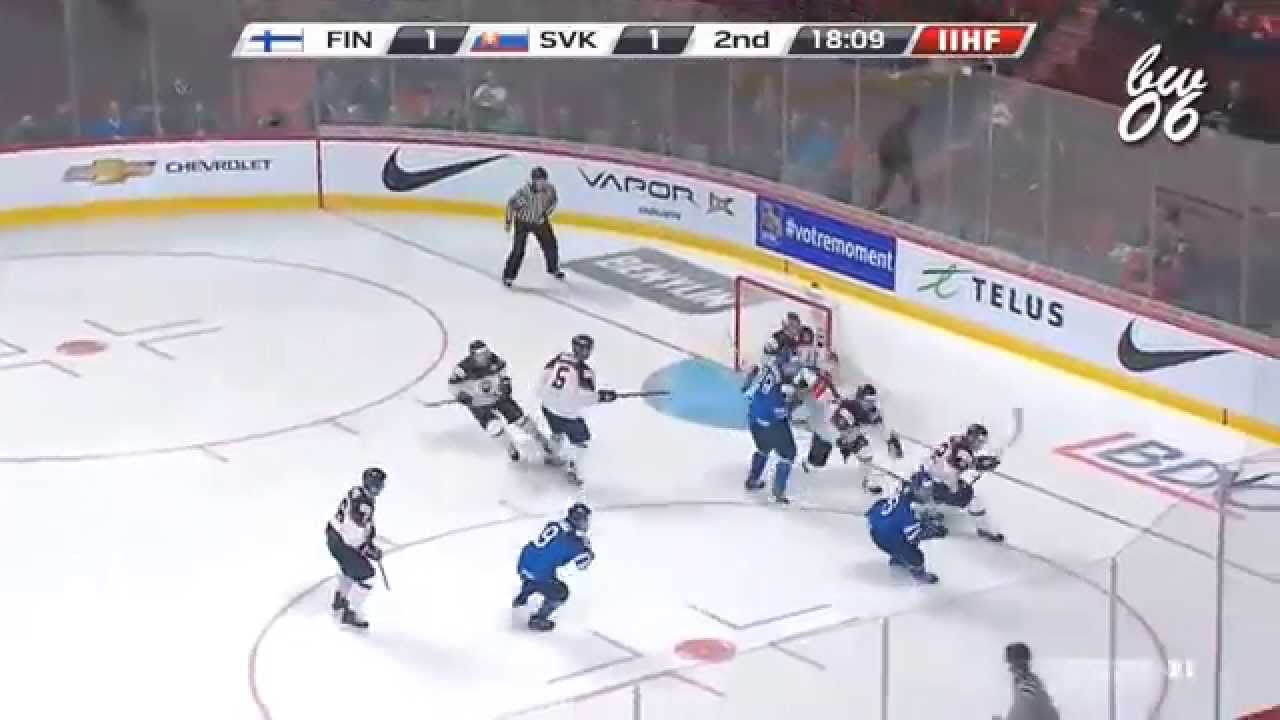