The Owen Sound Attack finished the regular season in the OHL with the best record in the league in the last 38 games. They won 33 of those 38 games, losing in regulation just twice. A “big” reason for that was the stellar play of power forward Jonah Gadjovich.

As soon as he started scoring with regularity, the Attack started winning games. Nicknamed “the man child” because of his big body for such a young age, Gadjovich started to dominate his competition by sheer force. When his team has the puck, Gadjovich only knows one direction. That direction is to the front of the opponent’s net. And there wasn’t much anyone could do about it.

After a bit of a slow start to the season, just seven goals in his first 20 games, Gadjovich heated up and finished his last 40 games at almost a goal scored per game, including four hat tricks and 11 multi-goal games. Most of his damage came from within 15 feet of the net. Given his size at 6-foot-2 and over 200 pounds, opponents couldn’t stop him once the puck landed on his stick. What made him lethal was his shot. He could finish in many ways, scoring highlight-reel goals or scoring greasy goals.

Where there is some question about Gadjovich is his skating and consistency. He is an average skater at best at this point. He overcame this by physically dominating his opponents. Can he keep up with the pace at the next level knowing players are just as big as he is? As well, he had cold streaks sandwiched around his amazing second-half run. Can he find ways to make an impact if the scoring isn’t always there?

Opinions vary on where Gadjovich gets drafted. Some outlets have him as an early second-round pick. Others have him going in the third or fourth round. I have him 55th on my list, late in the second round. The question I wonder is how much of Gadjovich’s success was a result of Nick Suzuki? After posting just 7-4-11 in the Attack’s first 20 games, Gadjovich posted 39-24-63 in the team’s last 40 games. Then he scored just four goals and seven points in 17 playoff games. When he’s on, he’s one of the best. When he’s not, he’s quiet. Ranking him 55th incorporates questions about his skating and consistency.

“A feisty two-way winger that uses his size and speed to open up space for himself and teammates. Understands both sides of the puck well, and skates hard up and down the ice. Positionally sound and reads plays well. While not always the fastest player on the ice, his skating ability is noteworthy and he can catch the opposition off-guard on the rush. Not afraid to get into the mix, and will get under the skin of opponents. Definitely a team-first player that will find a way to make an impact for his line with each shift. -Elite Prospects

“Sturdy power winger with average speed but a willingness to take a beating while traversing direct routes to the net. Gadjovich’s stick is always in the right position and he makes a habit out of getting to the spot he wants and looking to tip shots home. His hands are quick enough to corral shots off the end boards and bring the puck on his stick for stuff-in attempts, and he’s quite difficult to move off the puck in one-on-one situations. His lack of speed makes him an easy target for a double team effort, but most of these attempts are futile. ” -Steve Kournianos

Gadjovich has the upside of a top-six power forward. He already has the frame and can only get stronger. I believe he is a little dependent on his linemates. He enjoyed a great deal of success playing on one of the OHL’s best lines with Nick Suzuki and Kevin Hancock. The situation Gadjovich lands in is worth watching. His floor is a bit lower as well given his hot and cold streaks. He has boom or bust potential.

Jonah Gadjovich won an OHL Gold Cup Championship in 2013-14. He also won an OMHA Gold Medal in the same season. He was originally drafted 39th overall in the 2014 OHL Priority Selection. 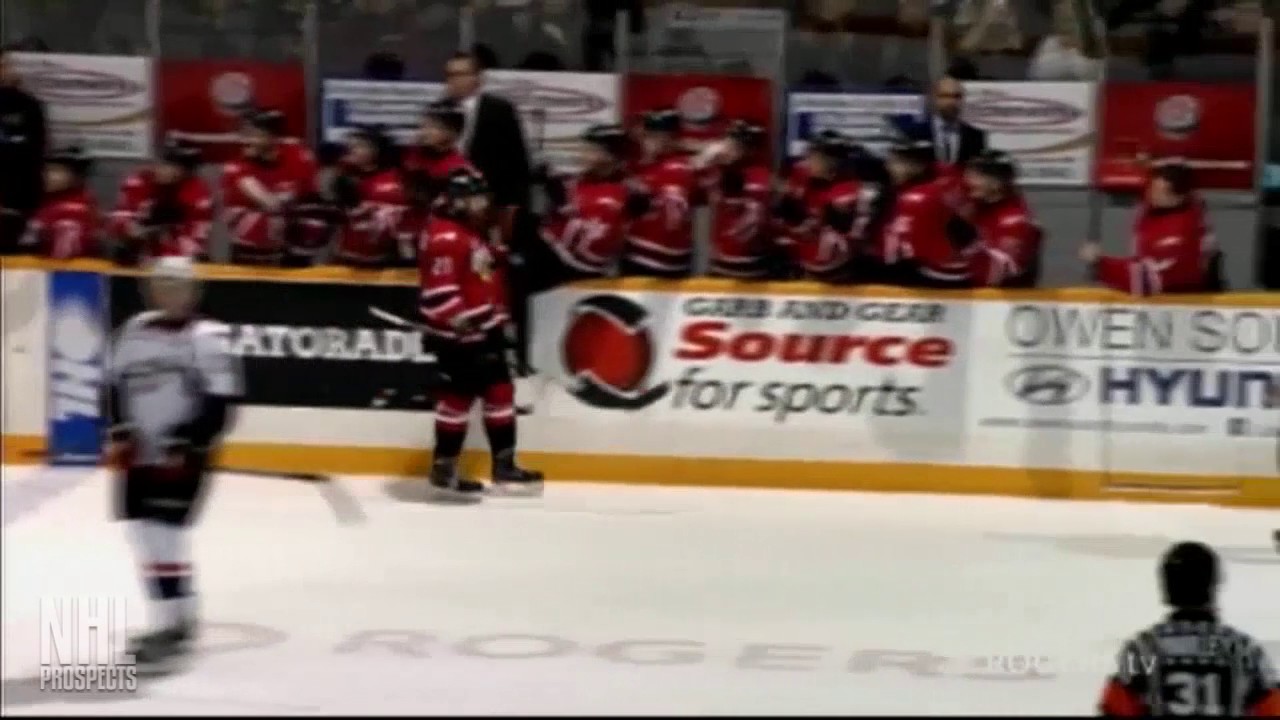