A minor infraction is classified as any action that is not legal but not deserving of a trip to the penalty box. What usually occurs is a faceoff in the offending team’s defensive zone. Some of these infractions, if deemed intentional or if they take place in the defensive zone can be upgraded to minor penalties, however.

[ALSO: Don’t miss our entire series on Hockey for Beginners] 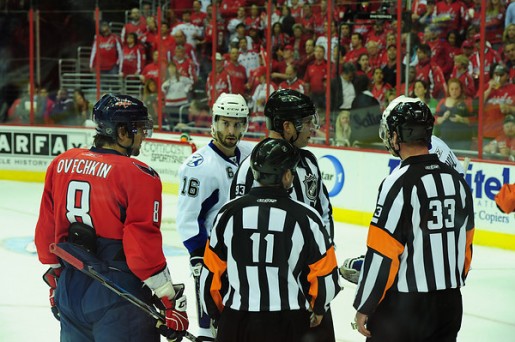 This is not about hitting an opposing player with the stick. This infraction is about playing the puck when it is above your shoulder with your stick. A referee does not have to immediately stop play after a high stick contact has been made. If the offending team does not gain immediate possession of the puck after the infraction, the high stick can be waved off. 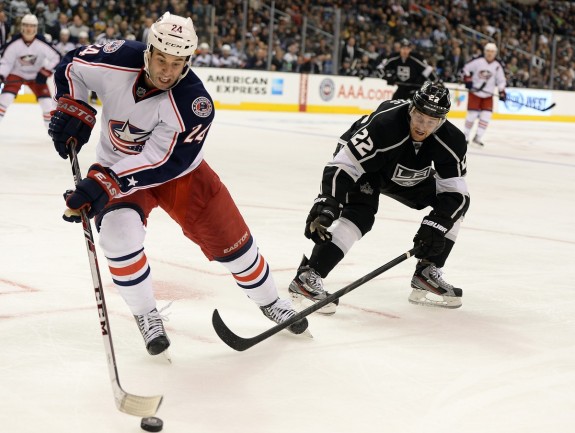 In the neutral and offensive zones, if a player advances the puck with his hand to a teammate (without closing is hand over it, that would be a minor penalty) it is called a hand pass. A player can catch the puck and immediately place it at his feet, but he cannot move the puck and try to avoid opposing players with the puck in his hand.

A player can advance the puck to a teammate with his hand if both he and the teammate are in the defensive zone. The resulting faceoff takes place at the nearest faceoff dot.

Puck Out of Play

The traditional delay of game is only a penalty when the offending team sends the puck out of play from their own defensive zone. But, the puck can be frozen or sent out in other ways that only force play to stop.

Oftentimes, scrums and bodies can pile up on the boards. A result of those scrums can be a player falling on and covering the puck. In this situation, covering the puck is not a delay of game minor penalty. It is merely a reset of play.

A puck can also be sent out of the playing surface (into the crowd, the benches, or the screen above the end boards) without a delay of game penalty called. If not in their defensive zone, the puck being sent out of play on sends the resulting faceoff back one zone. No minor penalty is assessed.

Goalie Interference is a minor penalty in which an opposing player makes contact with a goaltender that impedes his ability to make a save. Incidental interference is exactly what its name denotes. A player that makes contact with a goalie but was forced into that contact by a player from that goalie’s team is not assessed a minor penalty. This is incidental contact and immediately stops play if a goal is scored as a result. That goal will be disallowed and a faceoff will take place at the nearest faceoff dot.

A goal can also be disallowed when the puck is directed into the net by way of a kick. A puck can go off a skate and into the net, but basically, it cannot look like it was intentional. If a skater kicks the puck into the net, the goal is nullified and a faceoff takes place at the nearest dot.

The net is secured into the ice to allow some contact with the goal without disrupting the flow of play. Holes are drilled into the ice on the goal line and moorings connect the ice to the goal posts. It takes quite a bit of contact for the net to come off its moorings, but it can happen. If accidental, this is simply a stoppage of play and no penalty is assessed.