Now that summer is starting to wind down and preseason schedules have been released, it’s time to start looking forward to the season ahead instead of back at the season that was.

The Montreal Canadiens are always one of the more entertaining teams in the NHL and that doesn’t change in 2017-18. There are numerous games on the Habs schedule this year that will be exciting to watch, but the following handful of games are simply must-see. 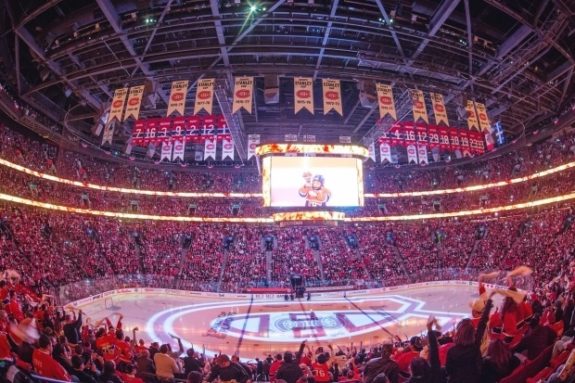 Habs kick off the season on the road against Jack Eichel and the Sabres. The Canadiens will look to spoil Buffalo’s first game under new GM Jason Botterill and head coach Phil Housley.

The Canadiens meet the Rangers for the first time since the 2017 Stanley Cup playoffs, in what should be a chippy affair. Habs will look to avenge their early postseason exit.

Montreal opens their doors to the Blackhawks with an Original Six matchup for the first 2017-18 game in la belle province. Chicago will have a new look after trading Artemi Panarin and Nicklas Hjalmarsson to Columbus and Arizona, respectively, this offseason.

Vegas rolls into Montreal to face the Canadiens for the first time in franchise history. The Golden Knights make their NHL debut after being chosen as the 31st team last year.

The Habs face the Red Wings at Little Caesars Arena for the first time. Prior to this season, Joe Louis Arena had been the home of the Red Wings since 1979.

TD Place and the Ottawa Senators host Montreal outdoors to celebrate Canada’s 150th birthday and the 100th anniversary of the first NHL game between Montreal and Ottawa.

Jonathan Drouin returns to Tampa to face the Lightning for the first time as a member of the Canadiens after June’s blockbuster trade. Meanwhile, Montreal gets their first look at Mikhail Sergachev as an opponent.

Tampa Bay hosts the 2018 NHL All-Star weekend. Carey Price and Shea Weber represented the Canadiens at the 2017 edition – which player(s) will be representing the Habs at this year’s event?

The Montreal faithful welcome fan favorite Alexander Radulov back after he signed a five-year deal with the Stars worth $31.25 million on July 3.

Habs close out the season against their hated enemy, the Maple Leafs. Now that the Leafs are relevant again, we should start to see the Habs and Buds rekindle one of the greatest rivalries in sports. With playoff implication possible for both clubs, this game could be the most exciting of the season.

On the Road Again

In addition to these noteworthy games, the Canadiens will embark on four road trips of four games or more throughout the season – the longest being a seven-game trip between December 16 and 30 which includes their annual swing through Western Canada against the Oilers, Flames and Canucks.

The Habs will tour California after just five games into the new season and face San Jose, Los Angeles and Anaheim from October 17-20.

The Canadiens had the fifth best road record in the league last year at 23-14-4.

Conversely, the Habs will also see four homestands of four games or more in 2017-18. Again, the longest comes before the end of the calendar year and sees the Canadiens play six games at home from November 7-18.

Montreal was 24-12-5 at home last season and they will look for that success to carry over.

The team’s full schedule can be found here.

After dabbling in hockey writing here and there over the last few years, Kavan joined a blog on Fantrax Fantasy Sports. He has since joined The Hockey Writers exclusively writing for his favorite team, the Montreal Canadiens. You can find him on Facebook under Kavan Young or on Twitter @kavanyoungTHW. Feel free to send him questions, comments or general feedback.