Minnesota continued their perfect play this week against Minnesota State, winning 8-1 and 6-0. In sweeping the Mavericks, the Gophers tied the NCAA unbeaten streak at 32 games, a record that was previously set by last year’s Wisconsin team. That should make for a very interesting series this upcoming weekend between the two teams, as the Gophers were the ones who finally ended that streak for the Badgers last season. Minnesota has now outscored their opponents 140-19 on the season, and that kind of disparity is pretty ridiculous this late in the year. Upcoming Games: @ Wisconsin, Fri. 1/25 @ 3:05 PM E.T. & Sun. 1/27 @ 3:05 PM E.T. 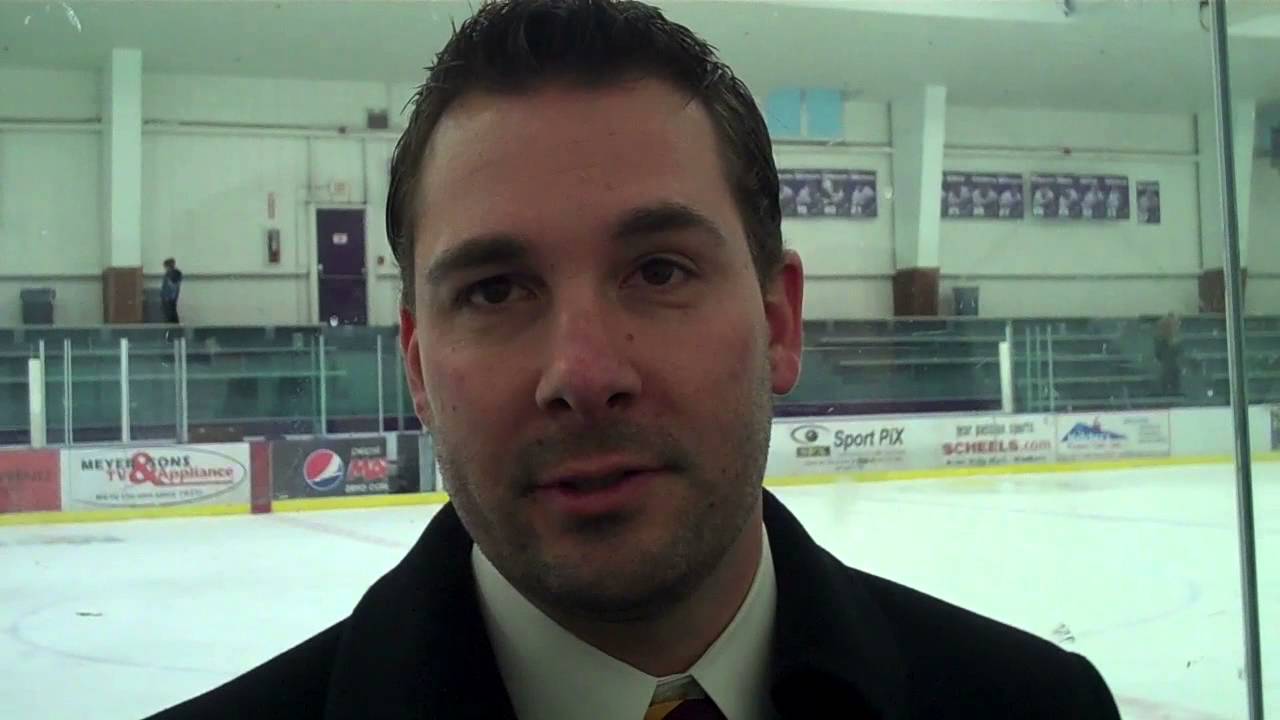 Cornell had a good weekend offensively, blowing out St. Lawrence 6-0 and defeating Clarkson 3-1. Brianne Jenner made herself very noticeable once again, scoring five points in the two games and showing great finishing ability on her game-winner against the Golden Knights. Goaltender Lauren Slebodnick made 20 saves in her shutout bid against the Saints. The Big Red have got a very intriguing match-up coming up this week against Mercyhurst. Upcoming Games: @ Yale, Fri. 1/25 @ 7:00 PM E.T.; @ Brown, Sat. 1/26 @ 4:00 PM E.T.; vs. Mercyhurst, Tues. 1/29 @ 7:00 PM E.T.

Boston College had their 18-game unbeaten streak and 13-game winning streak snapped at the hands of Mercyhurst; they split the series with the Lakers, winning 5-1 on Friday and losing 3-2 on Saturday. Mercyhurst is a tough team so the Eagles shouldn’t be too disappointed with the loss. They played well, putting up 42 shots on goal, and were without freshman forward Haley Skarupa, who’s been a top scorer for them this season. Upcoming Games: @ Providence, Sat. 1/26 @ 2:00 PM E.T. & vs. Connecticut, Sun. 1/27 @ 2:00 PM E.T.

Harvard continued their winning ways with a 4-1 victory over Rensselaer and a 1-0 victory over Union. Their offense has proven to be inconsistent this season, even against weaker competition, which isn’t that much of a surprise considering how they don’t have a crazy amount of depth up front. The Crimson’s defense has held strong all year, however, and that’s a good sign for them, because their strength definitely lies in their blue line. They’ve got a big weekend coming up against two very solid ECAC opponents. Upcoming Games: @ Clarkson, Fri. 1/25 @ 7:00 PM E.T. & @ St. Lawrence, Sat. 1/26 @ 4:00 PM E.T.

Clarkson defeated Colgate 3-1 on Friday, but then fell to Cornell 3-1 on Saturday. Their offense did not get much going against the Big Red. Although they’ve got skill up front, the Golden Knights aren’t going to be a team that dominates consistently goal-wise. Instead, they need to rely on their above-average defense and goaltending, and take advantage of their scoring opportunities. Unfortunately they couldn’t do that against Cornell. Upcoming Games: vs. Harvard, Fri. 1/25 @ 7:00 PM E.T. & vs. Dartmouth, Sat. 1/26 @ 3:00 PM E.T.

North Dakota’s offense was able to override Wisconsin on Friday, powering them to a 3-0 victory. They couldn’t get the job done Saturday, however, as the Badgers won 2-1 on a late Madison Packer breakaway goal.  Saturday’s game was very even, and both teams put in a great defensive effort. It’s going to be very difficult for North Dakota to make the NCAA tournament now; they’ll need to be one of the best teams in the country the rest of the way in hopes of getting their PairWise ranking high enough. Upcoming Games: @ St. Cloud State, Fri. 1/25 @ 8:05 PM E.T. & Sat. 1/26 @ 3:05 PM E.T.

Wisconsin proved something in their split with North Dakota this weekend. They’re not going to dominate their opponents anymore, but they can put on a great show defensively and come away with victories against quality competition. The Badgers might not be blowing out teams like the Gophers have been this year, but they’re still a dangerous team and capable of beating almost anyone. They’re going to have their hands full against Minnesota this upcoming weekend, and it’ll definitely be the series to watch. Upcoming Games: vs. Minnesota, Fri. 1/25 @ 3:05 PM E.T. & Sun. 1/27 @ 3:05 PM E.T. 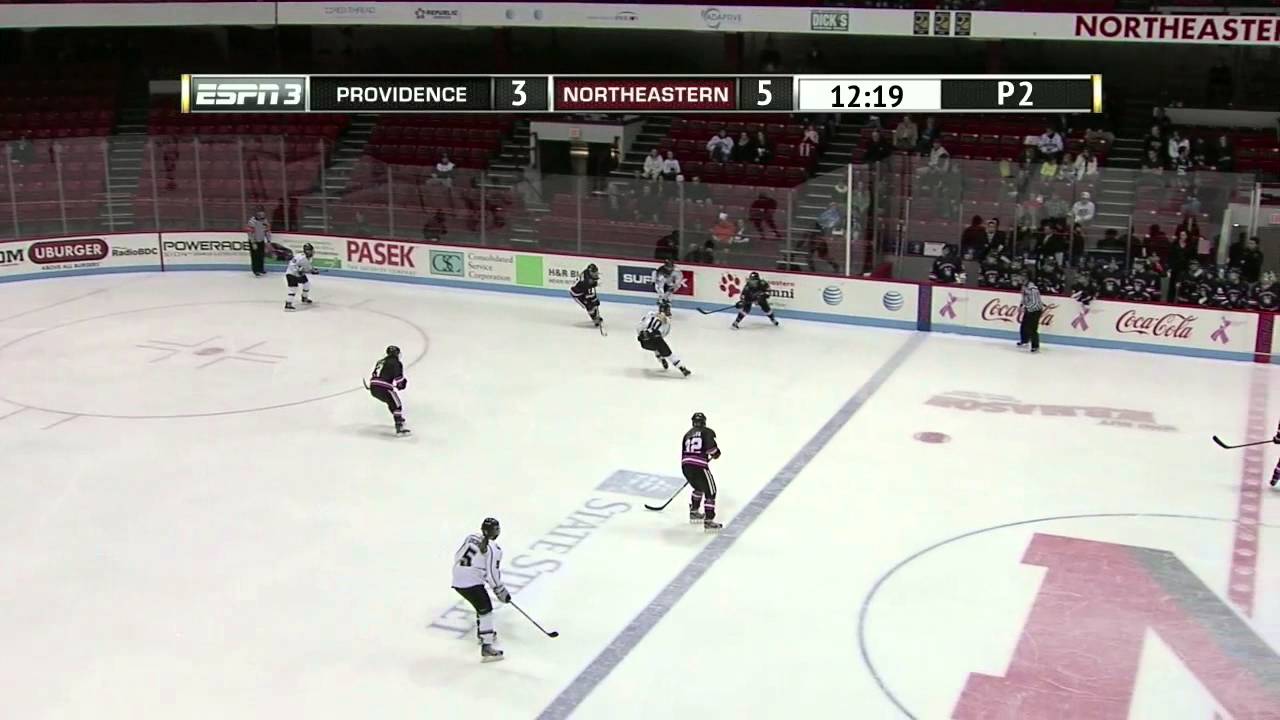 Northeastern earned an 8-7 win in a wild game against Providence on Sunday. It was a very back-and-forth contest, with Northeastern dominating the start and Providence trying to fight their way back all game. Eventually, the Huskies jumped out to an 8-5 lead and clung on for the one-goal victory. The game was streamed live on ESPN3 and was part of Hockey East’s Skating Strides program. The Huskies also defeated New Hampshire, 3-1, on Thursday night. Upcoming Games: @ Vermont, Sun. 1/27 @ 2:00 PM E.T.

2. Alex Rigsby, Junior, Goaltender, Wisconsin: Recorded 30 saves in the Badgers’ 2-1 victory over North Dakota; she made a number of spectacular stops to help secure the win, including one in a 2-on-0 situation for the Lamoureux twins.