Minnesota improved to a perfect 12-0-0 record after defeating Minnesota-Duluth 4-1 and 4-0. As has been the story all year, there just aren’t any holes on this Gophers squad. With goaltender Noora Räty recording another shutout while only letting in one goal in the series, Minnesota’s defense continued to look extremely sound. Their offense saw a bit of a hiccup in overall dominance in the first game against the Bulldogs; they outshot UMD by a small margin, 27-24. But the Gophers continued to receive contributions from all throughout the line-up, not just from Amanda Kessel and Hannah Brandt, which has been a huge help to them on this fantastic run they’re on.

Things don’t seem to be improving for Minnesota-Duluth. After 10 games, they have a sub-.500 record at 3-6-1. They could have used a big upset this weekend to shift momentum, especially while playing at home, but defeating the Gophers right now is a tall order for any team. The Bulldogs’ defense,  especially in transition, has looked a lot better, but they really need more out of their offense going forward.

Boston University suffered their first big loss of the year on Halloween, a 7-1 defeat at the hands of Boston College. They simply were not sharp in many areas that night. The Terriers bounced back alright on Saturday, as the two teams skated to a 5-5 tie. Goaltender Kerrin Sperry specifically improved well from one game to the next; after giving up seven goals on Wednesday night, she made 38 saves on Saturday despite giving up five more goals. 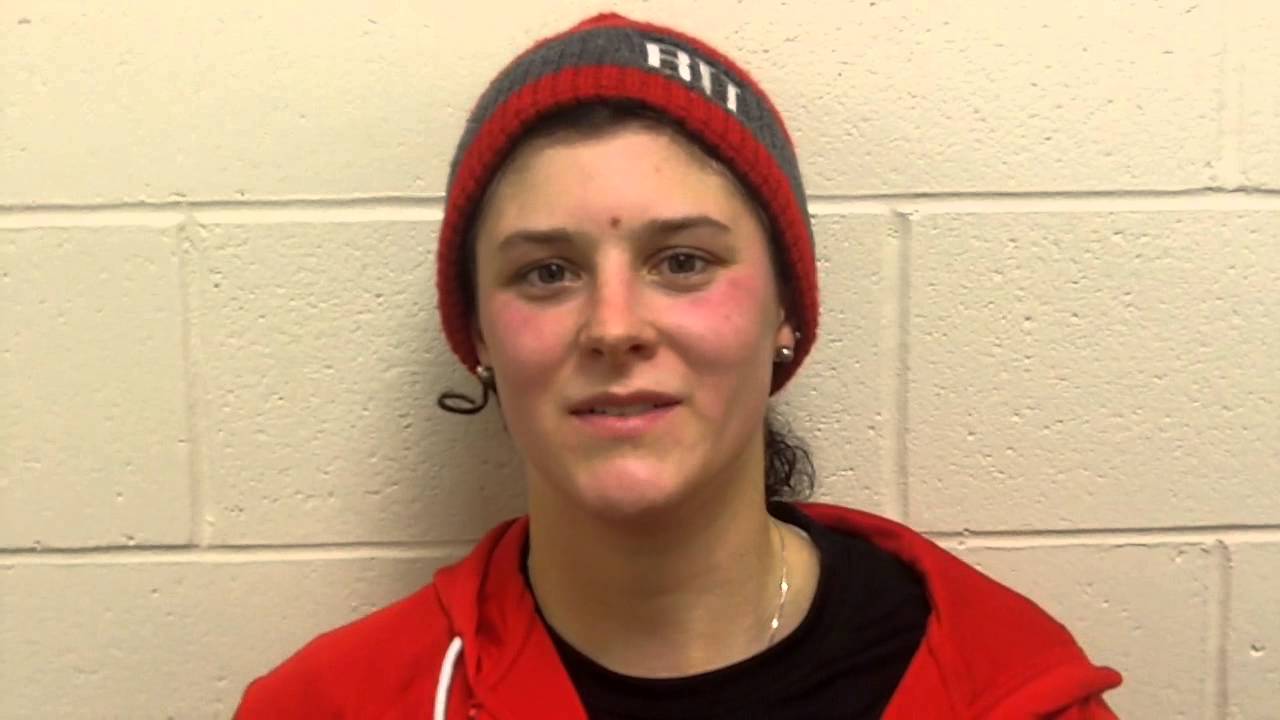 The offense seems to be starting to click for Boston College; that’s probably due in large part to the increased production of Alex Carpenter. At any rate, they scored 12 goals and put up 79 shots on goal in two games versus Boston University this week. The Eagles have finally shown what they are capable of when it comes to creating offense and scoring goals, but consistency going forward is going to be huge for them. They have an in-conference game against Providence on Wednesday, and it’ll be a good test for them to prove that they can keep the momentum going and not pass over any disastrous bumps in the road.

Clarkson also showed how much they are capable of, losing by a 3-2 margin on Saturday. It was not the kind of series UND was looking for, as they really would’ve liked to right the ship with a sweep after being swept themselves by rival Minnesota. Although their key players are starting to produce much more consistently, North Dakota’s offensive performance as a whole varied in effectiveness throughout this series. That’s due in part to the very solid defensive play of the Golden Knights, which has been extremely impressive all year and really reached its highest point s far against North Dakota.

Harvard posted consecutive shutouts this week in their two games against Brown and Yale, winning 3-0 and 4-0 respectively. Jillian Dempsey and Lyndsey Fry continued to lead the Crimson’s offense, and Sarah Edney chipped in from the blue line, posting three assists in the game against Brown. The Crimson were dominant in almost all aspects this weekend, as evidenced by the games’ shot totals. They outshot the Bears 38-5 on Friday, and then outshot the Bulldogs 48-12 on Saturday.

Wisconsin continued to improve their play against Minnesota State as they also earned consecutive shutouts, winning 2-0 and 5-0. Brianna Decker is clearly the catalyst of the Badgers’ offense, but they also received important contributions from their other top-six players this week, which is a big reason why their play of late has been much improved. They’ve also definitely shored things up on the defensive end, as evidenced by the two shutouts. The play of Alev Kelter specifically has had a hugely positive influence on the blue line.

Northeastern’s offense really got rolling this weekend versus Connecticut, as they swept the series with a 5-2 win and a 9-1 win. Kendall Coyne and Casey Pickett were the two main Northeastern players to help trigger the offensive onslaught, but Rachel Llanes also effectively burst on to the scene this weekend. She’s been very steady in a top-six role for the Huskies, and her production this year has certainly been a welcome addition to this Northeastern squad.

1. Casey Pickett, Senior, Forward, Northeastern: Scored four goals and two assists in the Huskies’ 9-1 rout over UConn. She’s the first player to score four goals in a single game for Northeastern since 2002.

2. Alex Carpenter, Sophomore, Forward, Boston College: Really broke out offensively for the first time this year with four goals and two assists in the Eagles’ two games against BU.

3. Megan Bozek, Senior, Defenseman, Minnesota: Scored three goals while continuing her excellent play on the back end for the Gophers. She’s been fantastic in all areas so far this season.