Minnesota’s NCAA-record 62-game winning streak came to an end this weekend as they fell to North Dakota, 3-2, on Sunday. They beat UND 6-1 on Saturday prior to the loss. The Gophers deserve a big congratulations for a truly remarkable accomplishment, the likes of which we might never see again. They played really well on Saturday and did a great job of over-matching North Dakota physically, especially in the second period, when they scored four goals and jumped out to a 5-0 lead. Despite an enormous effort to erase a three-goal UND lead the following afternoon, Minnesota would eventually come up short. Though the Gophers could only get the split, they played a lot of good hockey this weekend and were especially impressive offensively against a strong team.

North Dakota was also impressive, specifically in responding to that first game on Saturday. Despite being outplayed for better part of that game and losing 6-1, they came out on Sunday afternoon completely in control. They showed a lot of poise in being able to take advantage of their chances and grab a quick 3-0 lead. The Gophers got themselves back into the game, and certainly had plenty of possession as they tried to complete the comeback, but UND did a good job defensively, especially in the third period. They kept the pace of the game moving back and forth and didn’t let Minnesota dominate the middle of the ice again. Overall North Dakota will need to sustain more offensively if they want to overtake the Gophers in the rankings, but I don’t think UND is all that far behind them.

Clarkson had a great weekend against Providence, sweeping the Friars with a wins of 5-1 and 4-0. It’s definitely encouraging that the Golden Knights were able to get back on track and secure the two wins, but they’re going to need to continue that and prove that they can consistently put the puck in the net. That said, they showed a good amount of offensive depth this weekend as 14 different players got on the scoresheet. Clarkson also continued their above-average defensive play against a Providence top-six that can be a handful; the fact that their defense has been so strong all season is why I think they’re such a good team, even with some issues up front.

Wisconsin had a very nice showing at the Vail tournament this weekend, beating Northeastern 3-2 and following it up with a 5-0 win over Boston University. They struggled a bit at first against the Huskies, though Alex Rigsby wasn’t in net for that game; but the Badgers did come through and erase Northeastern’s 2-1 third period lead. They looked much better as a whole against the Terriers, finding ways to continuously break down BU’s defense, while not giving up a whole lot themselves. Wisconsin’s not going to blow teams out of the water with a stacked offense, but they’ve shown that they can finish when able to generate chances against weaker defenses.

Cornell erased two Harvard leads on Friday night but the two teams ended up skating to a 3-3 tie. The Big Red then beat Dartmouth 4-2 on Saturday. Their offense has showed no signs of slowing down; Jillian Saulnier, Emily Fulton, and Jess Campbell, among others, have all been extremely reliable this season. Cornell’s entire top-six has been very proficient, and in current form it is second to none. They’re still unbeaten, so they’re clearly doing something right and finding ways to execute when needed, but they can afford to be a little more consistent defensively. 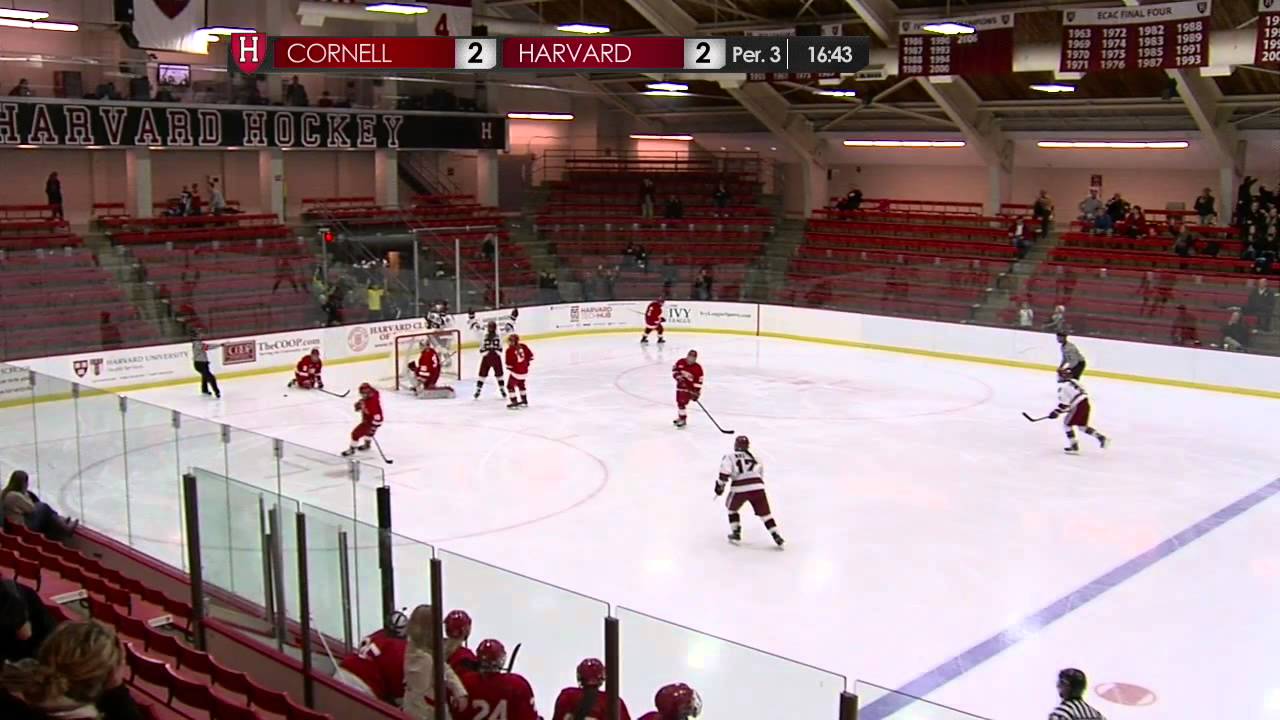 Boston College’s play this season has officially become concerning. They suffered a 3-2 loss to Quinnipiac and then tied Princeton 1-1, though both games were on the road. The Eagles are having a tough time scoring, and just creating offense in general, against teams with speed up front, and the loss to the Bobcats was a perfect example of that. Other than Lexi Bender, their defensemen aren’t having success breaking out against an active forecheck, and they absolutely need to work on that. It’s what’s hampering Boston College from dominating games that they should, and preventing them from making the plays that they need to in order to come away with wins.

Despite jumping out to a 2-0 lead in the first period, Harvard could not come away with the win against Cornell, though a tie was probably still a satisfactory result. They then beat Colgate 2-0 on Saturday, with freshman goalie Brianna Laing earning the shutout. Sophomore Miye D’Oench has become an important part of their offense, which is a good sign. The Crimson still have yet to find a true identity this year; there are times when their defense is rock solid and times when their offense is buzzing, but neither has been there consistently. What Harvard does have gunning for them, though, is a bunch of young players who are all hungry to take advantage of their opportunities.

Quinnipiac only continued their great start to the season with a fantastic 3-2 win against Boston College on Friday afternoon; they then beat New Hampshire 2-1 on Saturday. The Bobcats did an outstanding job of containing the Eagles’ offense as  whole in limiting individual players like Haley Skarupa. They played very strongly in all three zones against a talented team and looked to be in control for a big chunk of the game. Shiann Darkangelo has really come into her own with Quinnipiac this year after transferring from Syracuse; she scored two goals against Boston College and an assist against the Wildcats. And sophomore Cydney Roesler has been a revelation this year on the back-end, shutting down the opponent’s most skilled players on a nightly basis. 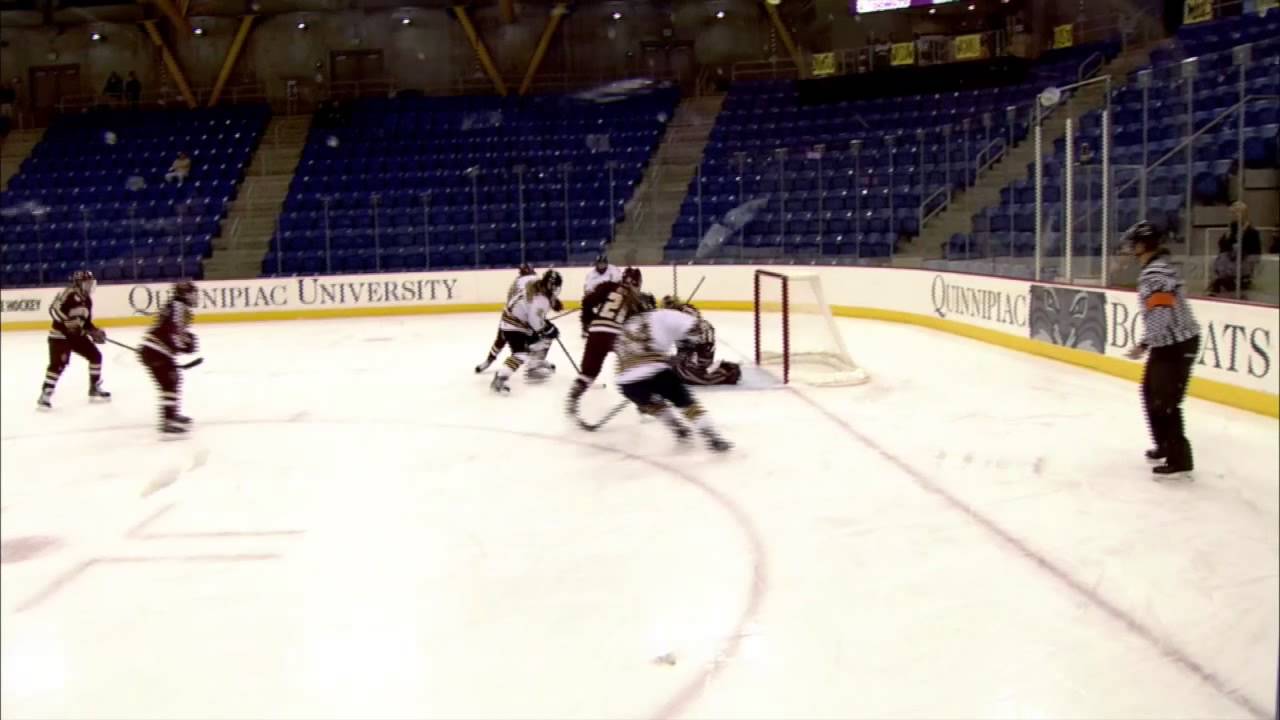 Boston University played pretty well in their first game this weekend, beating St. Cloud State 2-0. That was a game that they easily could have lost if they had not come focused and prepared. The Terriers for the most part did a good job executing against a gritty team in the Huskies, but they could not carry that momentum over to their game against Wisconsin. Boston University was simply outplayed by the Badgers, as they couldn’t do much to slow down Wisconsin’s offense or to get past their solid defense. The only one of BU’s top 10 scorers to get on the board this weekend was Samantha Sutherland, so their top-six has to do better.

Mercyhurst had a decent weekend against Syracuse, tying them 3-3 on Friday and then defeating them 5-3 on Saturday. It wasn’t a poor showing by the Lakers by any means. Their forwards were able to come through and score goals and they did well in focusing against a team that has made themselves competitive this year. More importantly, they didn’t let Orange goaltender Kallie Billadeau get in their heads and steal either game, and that’s a big plus. Mercyhurst will probably have to do a better job of preventing some goals themselves, and there were times again this weekend where Syracuse controlled play for periods at a time.

1. Lexie Shaw, Freshman, Goaltender, North Dakota: The Michigan native became the first goaltender to beat Minnesota in 639 days, making 32 saves to hold off the Gophers for the win.

2. Christina Lambert, Junior, Forward, Clarkson: She scored a hat trick for the Golden Knights against Providence this weekend and totaled four goals in the series.

3. Amanda Pelkey, Junior, Forward, Vermont: She’s emerging as a real star this season and continued her breakout year with two goals and two assists for the Catamounts against Maine this weekend.

All of the dekes on this goal from Brampton’s Jana Head in Canadian Women’s Hockey League play this weekend. Wow.