Any time a team misses the postseason, it’s disappointing.  That is especially true of an organization with the expectations of the New Jersey Devils.  Although it may be tempting to write off the season as a lockout shortened campaign, one with a smaller sample size, in the same breath, it’s hard to be completely dismissive when the Devils won their first Stanley Cup during a truncated year. 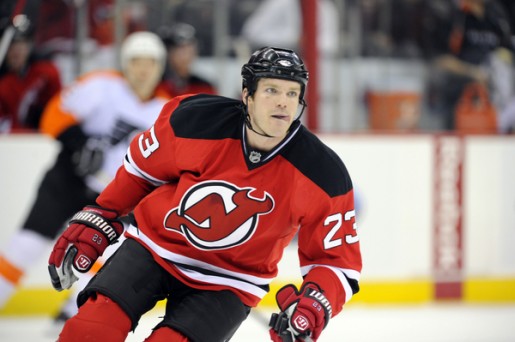 On the plus side, the Devils started out 8-1-3 and were riding higher than any team not named the Chicago Blackhawks.  It was also a banner year at the box office, as New Jersey sold out 18 of its 24 home contests.  Players who had a notably impressive campaign included the always reliable Patrik Elias and his team leading 36 points, Andy Greene kicked it up a notch on the blue line, with a team leading +12 rating.  Adding to that was the scrappy line of Stephen Gionta, Steve Bernier and Ryan Carter.  Plus there was David Clarkson and his team leading 15 goals, most of which propelled that early start.

Yet for all of those positives, there were some glaring reasons for the Devils missing the playoffs for the second time in three years.  Most glaring was the fact that the Devils were 12-3-3 with both Ilya Kovalchuk and Martin Brodeur in the lineup and 7-16-7 without.  Another reason for their plight was the departure of an all world talent like Zach Parise and to some extent Petr Sykora.  One could also make the case that losing assistant coaches Larry Robinson and Adam Oates, had a huge impact on the special teams of New Jersey.  Not helping the cause either was the Devils’ league worst seven shootout losses.

Aside from their final outing, one wouldn’t question the work ethic of the 2013 edition of the Devils but changes must be made and the status quo simply cannot stand.  So let’s rehash what happened and what needs to transpire from here to the 2013-14 season.

Offensively, only Clarkson (15), Elias (14), Kovalchuk (11) and Henrique (11), posted double digits in goals.  Between all of the newly acquired forwards and call-ups, only Andrei Loktionov and his eight markers made a significant dent.  Otherwise, the Devils and their 110 tallies, were bleeding for goals.

At forward, New Jersey presently has six unrestricted free agents on the active roster (Elias, Dainius Zubrus, Clarkson, Steve Sullivan, Alexei Ponikarovsky and Tom Kostopoulos).  Personally, I’d bring back the first three of those players.  Elias defines Devils hockey.  Zubrus is as hard-nosed of a player as they come.  Clarkson does everything one could ask, from scoring to hitting to being a true grinder.  New Jersey needs to bring back those three and add more scoring options, because if there were any surefire internal options, they surely would have tried them already.  Although one has to figure that guys like Reid Boucher, Harri Pesonen, Jacob Josefson, Mattias Tedenby, Joe Whitney and Mike Sislo will be given every opportunity to step up and prove something next year.

Moving back on the blue line, as mentioned the Devils got a stellar season out of Greene.  Beyond that though the Devils may opt to go with a more mobile and physical unit next season.  Marek Zidlilicky and Peter Harrold represent the two unrestricted free agents on the squad.  Plus there are candidates for an amnesty buyout, like Anton Volchenkov and Henrik Tallinder.  While they may well attempt to bring in another veteran on defence, I’d be more in favor of going with young guys like Adam Larsson, Jon Merrill, Alexander Urbom and Eric Gelinas.  Those names and many more, represent a plethora of defencemen in the pipeline.

In net, Brodeur obviously remains the starter.  However, there must be a frank conversation had between Brodeur and the organization.  One that essentially says don’t be insulted if we bring in an “air apparent,” because the Devils can ill afford anything less than 60-65 games out of Brodeur, if he is to be the number one guy.  If one needed any evidence that the Devils need a young and proven netminder, this season told you everything you needed to know.  Johan Hedberg is decent enough to spot start or spell in a back-to-back situation but they can’t expect him to carry the load for an elongated stretch again.  Additionally, it’s very apparent that the club knows it is lacking at the AHL level, given that Jeff Frazee and Keith Kinkaid didn’t even play what amounted to a combined full NHL game in minutes.  Give Scott Wedgewood a shot at backup or make a move.

What really did in the Devils in summation was a dearth of scoring, dubious special teams (aside from a good deal of shorthanded tallies) and a lack of high-end scoring depth in the farm system.  Going forward, New Jersey will hope to infuse its lineup with some top ten talent in the NHL Draft.  They’ll also likely need to make use of their plethora of defence, be it in a new wave of starters or through using them as trade chips.  Although it didn’t end pretty and there is much work to be done, as the Devils proved last year, you’re never too far away from being in contention again.

Finally, I just wanted to thank my fellow colleagues for all of their hard work this season and for all of those readers out there for following along.  After covering the Los Angeles Kings last year, it has been a lot of fun and a privilege to cover the New Jersey Devils and during the lockout the Albany Devils, for The Hockey Writers this season.  This site continues to grow by leaps and bounds and I’m proud to be able to make my little contribution to the “hockey world” as it were.  So enjoy the Stanley Cup playoffs and the off-season, I’ll definitely be chiming in, even if the Devils are out.