The New Jersey Devils opened their preseason on Monday night against the Washington Capitals at the Prudential Center. The Devils allowed a shorthanded goal to start the scoring but came back and banged in four of their own to win 4-1. It was a good team win through and through.

The Capitals were without their three best forwards — Alex Ovechkin, Nicklas Backstrom, and Evgeny Kuznetsov — but it was still great to win in convincing fashion. The Devils mixed veterans with a few younger players and the results were excellent. Here are a few observations from the win that I found interesting.

There were a lot of young additions made to this team over the offseason and many of them took the ice against the Capitals. It was their first competitive game in a Devils’ jersey and they did not look out of place. Let’s start with the biggest name of the bunch, Nico Hischier.

Hischier looked solid throughout much of the game but it was his late goal that will have people talking. Hischier stole the puck from a Caps’ player, broke in all alone and tucked a nifty backhand under Vitek Vanecek’s pad. It was a pretty goal and you can expect much more to come from number 13.

Next up, Will Butcher. Head coach John Hynes wanted to see what kind of player he had in Butcher and gave him numerous opportunities to prove himself. The new number eight for the Devils played just under 20 minutes and looked very poised and comfortable. He led the team in ice-time and appears to be a solid addition to the blue line that can step in and make an impact right away.

Finally, Mirco Mueller made his debut for the Devils on the blue line as well and was very impressive. Mueller scored the first goal for the Devils and was consistent throughout the night. He is a smooth skater with a long reach that can nullify rushes and helps him in corner battles.

As of right now, I am not sure there is room for both Mueller and Butcher but both could play their way into the lineup and solidify their spots sooner rather than later.

Special Teams Will Be Vital

Over the offseason NHL commissioner, Gary Bettman emphasized that the league would be cracking down on slashing and boy, he was not lying. The entire Devils-Caps game was seemingly played with one or more players in the penalty box due to slashing calls.

As a fan, the new rules for slashing are incredibly annoying because they seem harmless but they do need to be called. Don’t take my word for it, check out Calgary Flames’ forward Johnny Gaudreau showcasing why these stricter slashing rules were necessary. 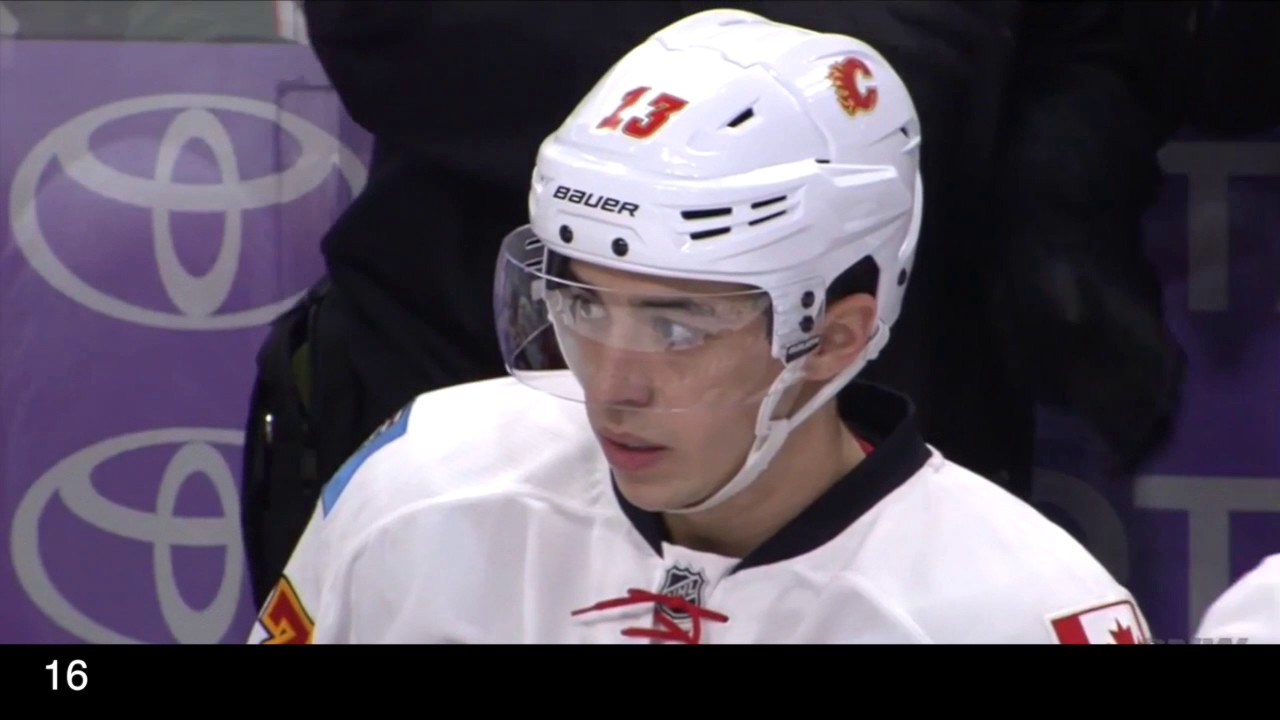 Individually, they don’t look too bad but over time they build up and Gaudreau eventually fractured a finger and needed surgery. Good players deal with these whacks every game and it is time that ended. There were also a few faceoff violation penalties, which is the first time I have ever seen that happen. It is clear the NHL means business on these new rules and they will be enforced.

With all this cracking down by the league special teams will become even more important. Until players adjust to these new rules the penalties will be fast and frequent. The Devils will have to make sure their special teams are good if they wish to succeed.

The final observation of the night was the first line of Taylor Hall, Marcus Johansson, and Kyle Palmieri looked great. I wasn’t entirely sold on moving Johansson to center but it seemed to be the right move in this game. Fans know the Hall/Palmieri tandem will be successful, as they were excellent together last season and even voiced their desire to play together in 2017-18.

The addition of Johansson made them even better. That trio was smooth, generated a lot of chances, and looked like a solid top-line in the NHL. Leaving Johansson there would also allow Pavel Zacha and Hischier to center the second and third lines with Brian Boyle manning the fourth. That seems like a great group of centers to enter the 2017-18 season with.

The first line led the way in the win over the Capitals but the entire team looked impressive. The Devils displayed the type of skill and depth that they have been lacking over the years. Obviously, the Caps were not at full strength but it is still a step in the right direction. The youngsters impressed, the veterans looked ready to go, and everything meshed really well. The Devils take on the New York Rangers on Wednesday and will be looking to build on this win.