Here’s a look at the top five from the Central European country.

When the Devils acquired the puck-rushing defenseman in 2012 from the Minnesota Wild, they hoped he would give them an offensive element from the blue line. The veteran Czech defenseman did exactly that. Zidlicky posted nine points in the 2012 postseason, helping New Jersey reach the Stanley Cup Final. In parts of four seasons with New Jersey, the speedy defenseman registered 92 points, including 12 goals during the 2013-14 campaign.

Internationally, Zidlicky earned a bronze medal with the Czech Olympic Team in 2006. 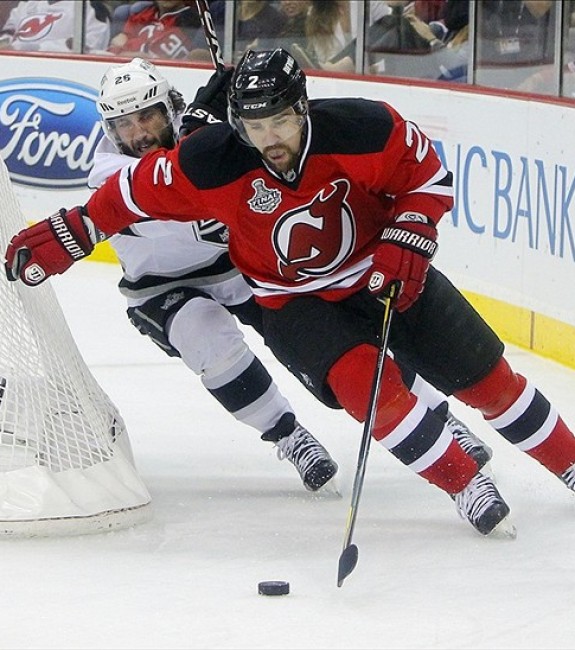 While the Devils weren’t particularly exciting during his tenure, there was never a dull moment with Jaromir Jagr. At age 41, the legendary Czech right wing netted 24 goals in 2013-14. Flanked mostly by Travis Zajac and Dainius Zubrus, he scored his 700th goal in a victory against the New York Islanders. Across parts of two seasons, Jagr totaled 96 points in a Devils uniform.

Internationally, the timeless Czech superstar won a gold medal with the 1998 Olympic Team and a silver with the 2006 squad.

The power forward from the Czech Republic was a steal when the Devils made a whale of a deal with Hartford. It was during the 1995 Stanley Cup playoffs that he made a name for himself, centering the vaunted “Crash Line” with Mike Peluso and Randy McKay. The line served to agitate, intimidate and shut down top forwards that postseason. From there, the physical center went from bruiser to goal scorer, garnering two All-Star appearances and six seasons of 20 goals or more. In 2000, he helped the Devils win a second Stanley Cup. Among franchise greats, Holik ranks eighth in games (786), third in goals (202), ninth in assists (270), sixth in points (472) and seventh in penalty minutes (863).

A high-flying prospect who came up through the Devils system in Albany, the Czech forward won a Cup in 2000 as a member of the renowned “A-Line” with Jason Arnott and Patrik Elias.  That season, the Devils’ right winger netted 25 goals and totaled 17 points in the playoffs.  The following year, Sykora helped the Devils nearly win another Cup, reaching career highs in goals (35), assists (46) and points (81).  Additionally, in the playoffs that season, he posted 10 goals and 12 assists and a high plus/minus rating of plus-15. In franchise history, the Devils sniper ranks seventh in goals (166), eighth in power-play tallies (48) and sixth in game-winning markers (31).

A two-time Stanley Cup champion, the Czech left winger is the Devils’ club leader in virtually every offensive category. Entering the scene at age 19, after a call up from Albany, he helped break the mold, excelling as a top-line forward within a defensive-minded, team-first system. The Devils’ top-line forward was a team-first guy as well. Whether the “A-Line” or the “EGG-Line,” he was at the forefront of the Devils’ attack during the glory years.

The four-time All-Star has one 40-goal season and four seasons of 30-plus tallies. During postseason play, Elias has 45 markers, 80 helpers and 125 points. In the 2000 Stanley Cup Final, he assisted on Arnott’s Game 6, series-clinching goal against the Dallas Stars.

Internationally, Saint Patrik teamed with Zidlicky and Jagr on the bronze medal-winning Czech Olympic club in 2006.