As has been discussed for over a calendar year, the National Hockey League is going to expand in the near future. What started as rumors moved to reports and are now publicly announced proposals under review.

The two front-runners thus far are Las Vegas and Quebec City which have moved on to the full proposal step of the process. For hockey fans who are unsure how to feel about these potential additions, there are reasons to believe these experiments will pan out.

Many recent expansions have been Bettman projects added in the south and southwest with the results leaving more to be desired. That combination of exploring new frontiers and mimicking NBA expansion has done little to instill confidence from the fans that the league is able to scout and establish new markets.

From two teams in the state of Florida to the debacle in Phoenix, Bettman has been determined to push a square peg into a circle hole trying to give the NHL the cache of the NBA in the United States while only begrudgingly taking advantage of the nationalistic fervor for the sport north of the border. 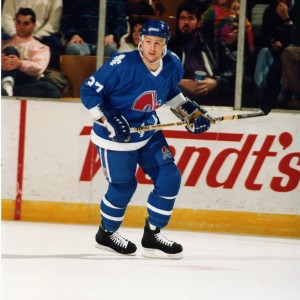 With the return of Winnipeg being followed by the potential return of Quebec it appears that even a broken clock is right twice a day and the NHL has learned some lessons.  To return to a Canadian city is foolproof, the game is a national pastime and the only reason there aren’t more teams in the great white north is a lack of large population centers.

If Quebec City is given a team it will make eight NHL teams in Canada with two more possiblities in Hamilton and Markham being the limit of suitable cities without a major population shift.

As for Las Vegas, the desert is definitely a bigger toss up. However, the mission statement behind it, originality and exploring a new market, gives reason for hope. Hockey has thrived in those settings, where it is the only or one of few shows in town and able to develop a niche following.

The Buffalo Sabres have been able to post middle of the league attendance and television ratings while being among the last place in the league because of a connection to the community. The NHL has struggled in the uphill battle of going into cities with multiple established teams like both Atlanta experiments which lasted less than 20 years between two franchises before both being set north of the border.

All told both of these experiments could fail. Obvious obstacles like an underwhelming population in Quebec City and an unorthodox market in Las Vegas pose credible threats but when the divisions are all equal, it seems like these two markets are smarts bets.

Realizing that Canada needs to get as many teams as the population can sustain and abandoning the failed Bettman doctrine in the warm weather United States is hopeful sign of lockouts not to come. Being a pioneer in untapped markets that don’t feature many sporting acts to compete with has worked for the league in the past. As the teams continue their process of entering expansion, we will see how these calculated risks pan out.