The 1st round of The Next Ones NHL Mock Draft May The Force Be With You Edition is already in the books.

Picks are listed in order as per Pro Sports Transactions.

[Bruins to receive 2015-17 second round pick (Oilers option) from Oilers on 2015-04-24 as compensation for president of hockey operations / GM Peter Chiarelli.]

Prospect Profiler Notes: Has been highly touted since he was a 14-year-old. His game was really seeming to come together after some difficulties with injuries. He had 17 points in his last 13 games to close out 2015 but found himself in the infirmary again all too often in 2016. When healthy, he’s tough on the puck and hard to handle. 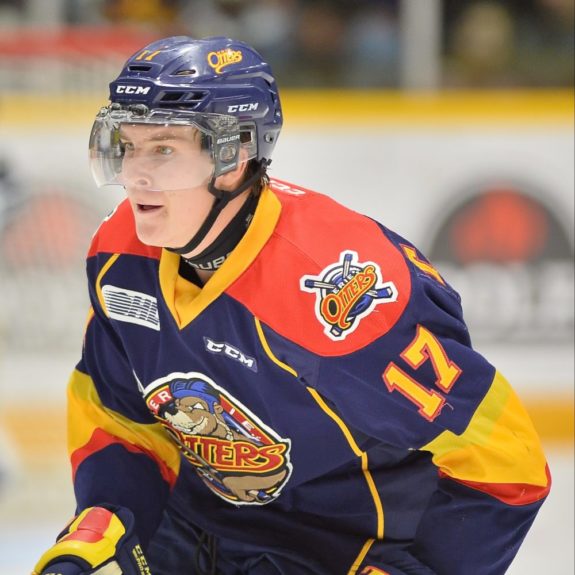 Stock rising on this banging and crashing big power forward who is smart with the puck.

Our first round ranked Jonathan Dahlen up from 16th to 11th on the #NHL CS Euro list. A few other players made big jumps. #2016NHLDraft

Prospect Profiler Notes: Amongst the top scoring d-men in the Q, Allard has been flying under the radar

Prospect Profiler Notes: One of the best names in this draft class, the slick centreman possesses patience and poise with the puck.

Markus Niemelainen – The Next Ones: NHL 2016 Draft Prospect Profile – The Hockey Writers https://t.co/TgTmJxQkUR

Prospect Profiler Notes: Ryan’s bro is a precision passing, puck-moving D, who is smart in his own zone

Prospect Profiler Notes: Built like a tank, the creative winger has a deceptive shot and sees the ice well

Well I wouldn't have guessed it in December when I saw him first, but Dennis Cholowski is looking quite close to a 1st round lock. #BCHL

Prospect Profiler Notes: Pu’s stock has been on the rise. On a talented Knights squad, he put up 8 points over his last 8 regular season games. He has also been an important cog in their playoff run with 13 points in 18 games.

“He seems to find a way to be in the right positions when he’s in the offensive end and shows significant progress in developing his hockey I.Q.” – Andrew Forbes (THW)

Prospect Profiler Notes: “Lindgren is a strong skater and possesses powerful strides which he can use to outskate opponents not only with his decent top speed but also with his powerful skating style. Although he focuses on his own zone game, he does have some offensive upside as well.” – Dennis Schellenberg, THW

[Flames traded Kris Russell to Stars for Jyrki Jokipakka, Brett Pollock, 2016 conditional round pick (first round if Stars reach 2016 Western Conference Finals and Russell plays at least half the games in rounds 1 and 2, or else second round) on 2016-02-29]

Prospect Profiler Notes: “Sokolov’s calling card is his offensive abilities, as his powerful stride and impressive offensive instincts show flashes of a potential power forward. He has quick hands and is extremely dangerous below the goal line due to his size and vision, as he can excel dishing the puck to teammates or using his own lethal wrist shot to create scoring chances in the offensive zone.” – Joseph Aleong, THW

Prospect Profiler Notes: Undersized, puck-moving, two-way defender makes up for size concerns with his high hockey IQ and the way he processes the game.

[Update: This pick traded back to the Penguins in the Phil Kessel deal. Leafs Traded Daniel Winnik to Penguins for Zach Sill, 2015 fourth round pick (#107-Christian Wolanin), 2016 second round pick on 2015-02-25 (conditional if Penguins qualify for 2016 playoffs)]

Back to 1st Round Picks